While Iranian officials have stated they plan to grow Iran's tourism industry, challenges such as investment, visa requirements and cultural issues must be addressed. 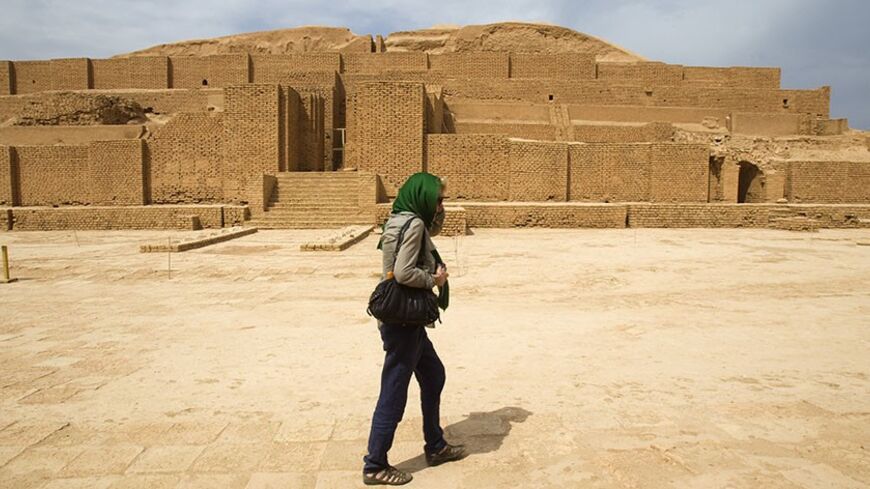 TEHRAN, Iran — Iran has witnessed more than 30% growth in tourism since last year. Administration officials say it’s just the beginning of a boom in the country’s untapped sector, which is set to create millions of jobs and bring billions of dollars to the economy in the near future.

Tourism in Iran came under the spotlight after The Guardian placed the country, early in January, as No. 11 on its list of “Holiday hotspots: where to go in 2014.” The British newspaper wrote, “There hasn't been a better time for Westerners to visit Iran since the 1979 revolution,” noting that the country is safer than ever thanks to the “November’s historic nuclear agreement” between Iran and the P5+1 nations, the five UN Security Council permanent members plus Germany.

Iranian government data, however, shows that the increase in the number of visiting foreigners began last spring, when no deal had been signed, and former populist President Mahmoud Ahmadinejad was still in office.

Some experts believe the data shows that the growth in tourism owes much to the recent regional developments rather than the new government’s policies. Ebrahim Pourfaraj, chairman of the Iranian Tourism Operators Association, says the political crises in main tourist hubs in the Middle East — Egypt, Lebanon, Syria, Tunisia and Libya — over the past few years caused global attention to shift to Iran, a country with 16 sites mentioned on UNESCO’s World Heritage list and a relatively safer place than its regional rivals.

But the same experts acknowledge that the Geneva deal did accelerate the growth pace of the Iranian tourism.

Since being elected, President Hassan Rouhani has several times announced that his administration has planned to expand the tourism sector. He has even set a goal of more than doubling, to 10 million, the number of foreigners who visit Iran each year. That means the sector would be able to create up to 4 million jobs — a response to the worrying unemployment rate of 18.5%.

The projected increase in the number of tourists will solve “the problem of 3.5 million unemployed people” in the country, the president has said. Rouhani even hopes the growth can also partly address the unemployment problem in the next few years, when nearly 4.5 million university graduates will add to the massive pool of job seekers.

Iran's “20-Year Vision” document projects the country will attract the ambitious number of 20 million foreign tourists each year by 2015.

But the question is: How likely is it for the government to achieve the set goals?

Mohammad Reza Pouyandeh, a tourism official with both administrations of Rouhani and Ahmadinejad, says the Rouhani’s team plans to get the private sector involved in the industry, a strategy that was also supported and recommended by British Iranian economist, Mohammad Hashem Pesaran, who has close ties with moderate and Reformist groups in Tehran. On the sidelines of a recent financial event in the capital, Pesaran told reporters that the government should seek assistance from the private sector to expand tourism — a move that would provide the government with enough non-oil revenues to address deficits caused by years of mismanagement and harsh economic sanctions.

Due to the US and international sanctions imposed on Tehran over its nuclear energy program, billions of dollars in Iran’s oil revenues have been blocked in the country’s accounts in foreign banks. The existing sanctions have prohibited global financial institutions from having deals with Iranian banks, putting the government in Tehran in serious troubles to fund its operations. A political compromise in nuclear talks with world powers could end the paralyzing sanctions, as most pro-Reformist groups favor so, given the country’s dire economic situation.

Rouhani inherited an economy suffering from an inflation rate of more than 40% and a gross domestic product per capita growth of -5.8% in the year ending March 2013. The president is facing a dilemma between inflation and growth. If he chooses to spend more, if any money is available, he should expect even higher inflation. But he already has made up his mind and announced that he has given priority to inflation. So, it is unlikely that the government would financially support the costly tourism industry for at least the next couple of years. But it has promised to get rid of sanctions through intense negotiations, in an attempt to do what it should: making a safe atmosphere for the private sector to invest in different industries, including tourism, which suffers from numerous shortcomings.

Among the main problems tourists are facing in Iran is the failure of domestic banks to provide services to foreign clients. It’s rarely possible for visiting foreigners to have access to their original accounts since sanctions have restrained international banking operations in Iran. As a result, most visitors have no alternative but carrying cash with them.

Transportation is another concern. Iran lacks a standard transportation network that can satisfy the growing wave of tourists. The further development of the network will take extensive time and effort.

The shortage of hotel rooms coupled with the low quality of accommodations, the lack of trained drivers and tour leaders and the shortage of rest areas on roads could also hold back the growth of the country’s budding tourism sector.

Mohammad Ali Najafi, an Iranian vice president and head of the Cultural Heritage and Tourism Organization, acknowledges that investment in tourism has been “too little” in recent years. He says domestic banks lack funds for tourism projects.

But financing tourism projects is just part of the challenge facing the government, which could be resolved, as authorities hope, by private investment. But what about political and cultural problems that could be more challenging?

In developing tourism, the first step would be willingness in the political structure to open the door for foreigners who have been seen as an “alien” and potential “spy” by domestic security and intelligence organizations so far. This has to change.

If tourism growth is to be raised, the Foreign Ministry should first ease visa requirements, a measure that administration officials are promising to take soon. That means potential “spies” can also easily enter the country.

Financial reasons might play a central role in making hard decisions but only if security bodies are allowed to have their own share from tourism benefits, as the sector is expected to bring $10 billion each year to the country, up from $2 billion at present.

Tourists from some countries need no visa while others can buy a visa on arrival. For many foreign visitors, however, it has been a “stringent” process. If a surge in demand is to happen in Europe and the United States, the Foreign Ministry, in close cooperation with security organizations, should make a drastic move.

Najafi says the government is dividing world countries into three groups: Those not requiring a visa; those not requiring a visa if visiting as part of a tour group; and countries that would be able to obtain a visa on arrival. He says most Western countries would likely be included in the second or third categories. However, 10 countries, including Britain and the United States, are excluded from the plans to relax the visa requirements.

Iranian society is “widely and deeply religious,” in the words of Akbar Ganji, an Iranian journalist and political dissident who has left Iran since his release from prison in 2006.

Many Iranians with strict religious beliefs may be shocked with and, therefore, resist a surge in the number of visiting tourists after more than three decades of isolation. The people have been bombarded by anti-Western propaganda for years. So, the surge, which would open the door to “alien” people with different and sometimes contradictory beliefs from these Iranians could make a cultural conflict.

The cultural conflict could be neutralized, to large extent, by millions of Iranians believed to be hospitable and friendly by most standards. But the point is that the people with tough religious beliefs are usually sensitive to signals sent by hard-line political groups, which traditionally oppose relationship with the West and has a long history to organize noisy anti-Western protests.

Should administration officials require tourism to grow, they need to be prepared for a confrontation with domestic hard-liners in the cultural field, that is, mass media and educational centers.

As predicted, Iran has a great potential to turn into a tourism hotspot, but to turn ideas into reality, the Rouhani administration needs to be more realistic and determined, and make every effort to address not only the economic and financial problems, but also the political and cultural barriers.