Iran officials defend Russian use of Hamadan air base

Many Iranian officials were quick to downplay concerns about the legality of Russian jets using an Iranian airbase to strike targets in Syria. 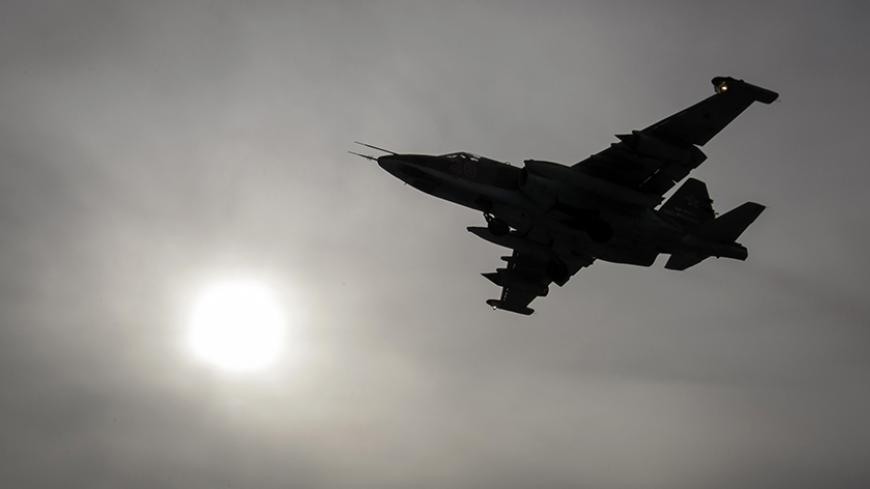 A Sukhoi Su-25 jet fighter flies during a drill in Russia's Stavropol region, March 12, 2015. There has been debate in Iran over the legality of Russian jets using an Iranian air base to carry out strikes in Syria. - REUTERS/Eduard Korniyenko
Arash Karami
@@thekarami
August 17, 2016

There has been a great deal of traditional and social media chatter over Russia's use of an Iranian air base to strike targets in Syria, reportedly the first time a foreign power has used an Iranian base since World War II.

At an open parliament session Aug. 17, Iranian parliamentarian Heshmatollah Falahatpisheh cited Article 146 of the Iranian Constitution, saying, “The establishment of any type of [foreign] military base in the country, even for peaceful purposes, is forbidden.” Falahatpisheh, who is a member of parliament’s National Security and Foreign Policy Commission, warned that Russia has a “turbulent foreign policy” and its own “strategic and foreign policy considerations.”

Referencing one of the early slogans in the 1979 revolution, “Neither East nor West,” Falahatpisheh added that whenever Iran had encountered problems, both Western and Eastern countries have teamed up against it. Indeed, the last time foreign countries used Iranian military bases, the Soviet Union from the north and the British from the south had invaded Iran.

Parliament Speaker Ali Larijani, however, dismissed Falahatpisheh’s concerns. “We did not put any military base at anyone’s discretion,” he responded during the session. “That we cooperated with Russia, who is our ally on regional issues, especially on Syria, does not mean putting a base at their discretion, and if the media reports such a thing, it is denied.” Larijani then praised Russia’s “correct understanding” of the region and expressed happiness that the Russians are also coming around to Iran’s positions on Yemen.

Alaeddin Boroujerdi, the head of the parliament’s National Security and Foreign Policy Commission, also denied that Russia had set up a military base in the country. Boroujerdi said that Iran’s Supreme National Security Council had approved the Russian use of the base in Hamadan and added, “It does not contradict the constitution because the Hamadan air base has neither become Russia’s air base nor have the fighter jets been stationed there.”

According to Boroujerdi, the Russians had only used the air base for refueling purposes under a bilateral agreement. He added the use of the air base to strike targets in Syria was based on an agreement between Russia, Iran, Syria and Iraq. Boroujerdi also denied reports that Russia’s S-400 missile defense systems have been set up at Hamadan.

Despite the surprise in the Iranian media and some officials over Russia's use of the Iranian air base, this unprecedented move was a long time coming, according to Ali Akbar Velayati, Supreme Leader Ayatollah Ali Khamenei’s foreign policy adviser. After meeting with Mikhail Bogdanov, Russian President Vladimir Putin’s Middle East special envoy, Velayati said the Russian and Iranian cooperation against “terrorism and American invasions” should not be unexpected. He added, “In the last few months we made agreements with the Russians and our friends to stand against these invasions.”

Mehdi Mohammadi, conservative analyst and a former media adviser to nuclear negotiator Saeed Jalili, was less apologetic about the news. He wrote, “The biggest lesson is possibly for the first time in the last 100 years of this region, a military superpower, at its own expense, has become involved in a war that belongs to us.” He added that all it took for this to happen was one meeting between a general (Quds force commander Qasem Soleimani) and a veteran leader (Putin). In response to the criticism, Mohammadi wrote, “Sometimes intelligence is knowing what you should take pride in and what you should not take pride in.”

US officials have said after the first round of strikes, the planes returned to Russia. However, Russia said that they conducted more strikes from Hamadan base today, Aug. 17.