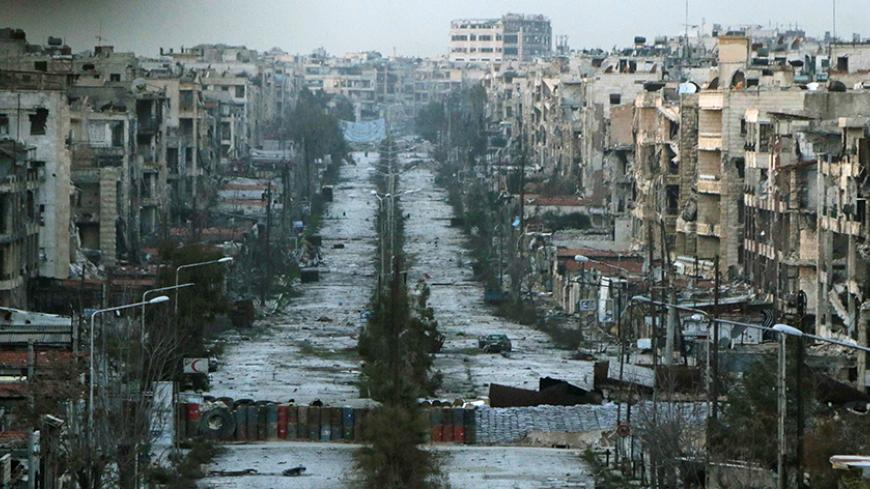 On May 6, Iranian social media accounts that monitor the Syrian civil war began to share pictures of Iranian soldiers who were killed and captured at the hands of an anti-government Islamist alliance in Khan Tuman, in southwest Aleppo. The attack and heavy losses — one of the largest single-day losses for Iran — startled even social media users who support Iran’s involvement in the war. While some accounts blamed a “Russia-imposed cease-fire” for allowing its soldiers to be caught off guard, other accounts immediately began sharing dated pictures of Quds Force Commander Qasem Soleimani, implying he had been sent to the area for reinforcement.

Iranian media and officials immediately went on the offensive to explain the strategic importance of Khan Tuman, giving subsequent reports of heavy opposition losses in the attack — which included al-Qaeda-linked Jabhat al-Nusra fighters — and reassurances of Iran’s commitment to the government of Bashar al-Assad.

Ismail Kowsari, a member of the Iranian parliament’s National Security and Foreign Policy Commission, decried the “psychological war” in the media about the heavy death toll numbers. According to Kowsari, of the “Iranian defenders of the shrine, 13 were martyred, 18 were wounded and five to six were taken captive.” There were reportedly dozens of fighters from Lebanese Hezbollah and Afghan Shiite groups also killed in the attack.

According to Entekhab website, quoting Lebanon’s As-Safir newspaper, during a May 7 meeting between Assad and Ali Akbar Velayati, foreign policy adviser to Supreme Leader Ayatollah Ali Khamenei, Iranian officials had reportedly conveyed their concern about Russia’s proposals for a political solution at a time when armed opposition groups are increasing their forces traveling through Turkey. The Iranians reportedly believe that the political solutions would limit Russia’s military involvement before having established dominance over the armed fighters and this would cause a change in the battles.

Former commander of the Iran-Iraq War Mohsen Rezaei also blamed the cease-fire for the heavy losses. In a May 9 statement, Rezaei, who is secretary of the Expediency Council, wrote, “Some months ago Khan Tuman in south Aleppo was freed, but a few days ago, takfiris, taking advantage of a cease-fire at a time neither a plane nor artillery was active, surprise attacked Syrian forces and Iranian advisers.” Rezaei accused Saudi Arabia and Turkey of backing the attack, though he did not offer details.

Despite the denouncements of the cease-fires, Iranian officials have been careful to not distance themselves from Russia in public statements. At a May 10 press conference Velayati denied a reporter's question that Russia’s position on Assad has softened. “Up until now I have met with [Russian President Vladimir] Putin five times and at no time have I sensed any wavering on his support for Syria’s legal government,” Velayati said. He added that Assad was elected two years ago for a seven-year term and that Iran’s “red line” is that Assad would finish his term.

Hosseinali Rezaei, a public relations official for the Islamic Revolutionary Guard Corps, said May 10 that most of the wounded have returned to Iran but the bodies of 12 soldiers killed in the attack are in the hands of “takfiris,” a term Iran uses to label violent Sunni extremist groups who excommunicate other Muslims. He added that fighting is ongoing in Khan Tuman.