What is the real challenge for Yemen's Hadrami Elite forces?

After Yemeni government forces took over Hadramaut governorate, which was under the AQAP’s control, the Hadrami Elite’s main challenge is to keep the Islamic State away from the governorate. 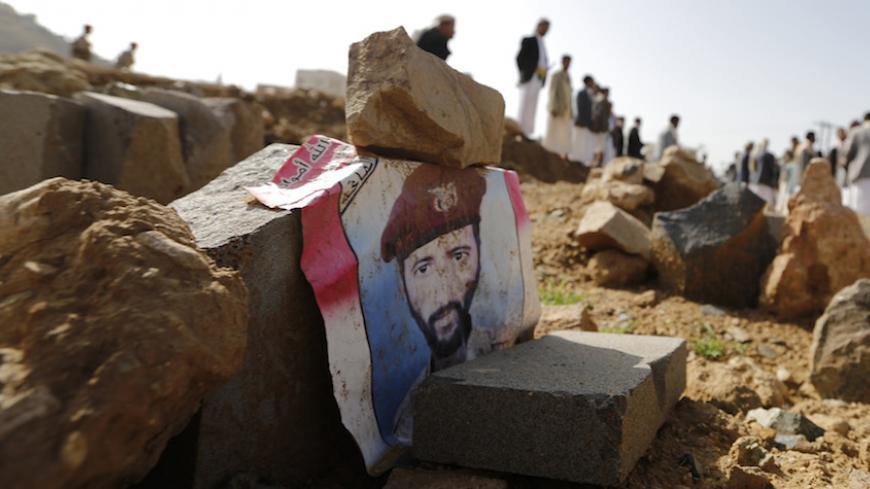 A poster with an image of a soldier lies on his grave after he was killed by al-Qaeda militants in the Wadi Hadramout region in northeastern Yemen, at a military cemetery in Sanaa, August 10, 2014. - REUTERS/Khaled Abdullah 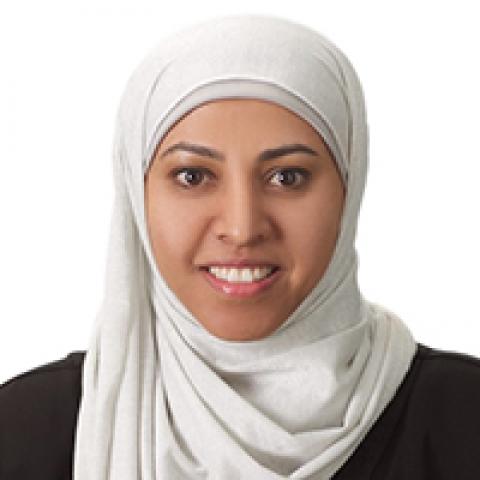 One year after al-Qaeda in the Arabian Peninsula (AQAP) took over Mukalla, the capital of Hadramaut governorate, in early April 2015, the Yemeni exiled government backed by Gulf countries announced it was regaining control of the city. To sustain its control and keep al-Qaeda at bay, the government created a new security entity: the Hadrami Elite, which is supervised by United Arab Emirates' (UAE) security personnel, funded by Saudi Arabia and supported technically by US forces.

The Hadrami Elite forces are composed of the tribal fighters who sided with the Yemeni government in exile as well as local recruits from Hadramaut, some of whom initially worked with Sons of Hadramaut to install security in the governorate. The main defining feature of this force is that it is purely composed of Hadrami locals, which means that Yemenis from other regions are not allowed to join. The newly created security force, which is governing the second military zone of the main coastal areas, is being trained by UAE and Jordanian security officers and has been provided with tanks, arms and logistics paid for mostly by the Saudis.

The United States also provides the Hadrami Elite tactical and technical anti-terrorism support, including trained police dogs. However, it is unlikely for the newly created force to succeed. Today, this elite security forces' main challenge is not keeping AQAP away from Hadramaut, but rather the Islamic State's (IS) branch in Yemen, which has claimed responsibility for several of the attacks since the Yemeni government took over Hadramaut in April.

To the Hadrami, the aggressive IS is a feared terrorist organization compared to AQAP, which not only had a local name — Sons of Hadramaut — associating with the locals, but also provided much-needed services such as fuel, water, electricity and most importantly security in a time when the official government failed to do so.

At the start of its reign over the governorate, AQAP introduced itself to the locals as Abnaa Hadramaut (Sons of Hadramaut) in an attempt to dissociate from the al-Qaeda brand integrate itself in the local community. What made matters easier for Sons of Hadramaut was the acceptance by local dignitaries and tribal sheikhs of this movement.

With the government fleeing to Saudi Arabia, Shiite Houthis fighting to control the dominantly Sunni Hadramaut, and with the desperate need for services, locals saw in Sons of Hadramaut the answer and welcomed their control with open arms. However, by November 2015, it was clear that the Hadramaut Domestic Council was not working because of Sons of Hadramaut's reluctance to share control.

Concerned with the failure of the council coupled with the increased presence of extremist Salafists, the Yemeni government in exile decided in April to launch a massive operation against al-Qaeda in Hadramaut. This was also due to intensive pressure from the United States, which had a problem with AQAP comfortably presiding over the rich and strategically located governorate. Moreover, although Sons of Hadramaut were extremist Salafists, they agreed politically with the Muslim Brotherhood — a fact that did not sit well with the UAE.

The operations that included Saudi fighter jets, Yemeni and UAE ground forces, and US drones eventually took back the city on April 30 and reported killing around 800 AQAP militants. This claim, however, was soon denied by Sons of Hadramaut.

Following the liberation, the majority of the AQAP members were forced to retreat to the neighboring area of Rada'a in al-Bayda governorate, where it has many strong Salafi sympathizers. Some of the AQAP members went into hiding in Hadramaut itself, while others simply switched sides transitioning from Sons of Hadramaut to the Hadrami Elite, and joined the new government forces in charge of the city.

Interestingly, the popularity of al-Qaeda in Hadramaut among local youth, men and women increased significantly during its one-year control over the city as it provided many jobs and delivered stipends to needy families.

A female lawyer from Mukalla, who requested anonymity for security reasons, told Al-Monitor how until today and even after the recapturing of the main areas of the governorate by Yemeni government troops, and the creation of the Hadrami Elite forces, there are many youth who are still loyal to Sons of Hadramaut. It is not only a matter of a religious sentiment; in fact, the local identity and affiliation with Hadramaut as a particular closed socio-geographic context is stronger than the religious one.

The Hadrami in general have always been conservative Sunni Muslims, some of whom went to extreme lengths religiously. However, their common goal to maintain and protect the Hadrami community identity is so strong to the extent that politically differing Hadrami factions are willing to work together to achieve this objective. Furthermore, AQAP in Yemen seems to have learned from its mistakes in Abyan, which was its regional hub for many years in the last two decades. Instead of seeming foreign and overtly strict, AQAP in Hadramaut adopted a rather accommodative rule, which was somewhat democratic, and it collaborated with other factions in the governorate.

This particularity of Hadramaut has been severely misunderstood by many outsiders to Yemen, especially Western security forces that rely on intelligence information to fight AQAP. Although the takeover from AQAP was said to have been accelerated by tip-offs from locals, the reality is that these were attempts to minimize the bloodshed caused by the takeover.

Dealing with AQAP in Hadramaut must be handled differently from any other terrorist group in the region — al-Qaeda related or not. Removing terrorism will never happen in Hadramaut by means of security offenses or harsh security measures. Sons of Hadramaut are seen as part of the local community, and many locals see an attack against them as an attack against the Hadrami community, especially since many of the AQAP members in Hadramaut are in fact members of well-known families in the area. The real challenge the Hadrami Elite faces is the fight against IS and the stabilization of the governorate in order to allow state institutions to deliver services and take care of their citizens. Otherwise, it is very likely that the Hadrami would rather be ruled by AQAP than starve or be subjected to IS’ suicide bombers.