Will Turkey be expelled from NATO?

Suggestions that Ankara is endangering its membership in the Western alliance ring hollow given what is transpiring around Turkey today. 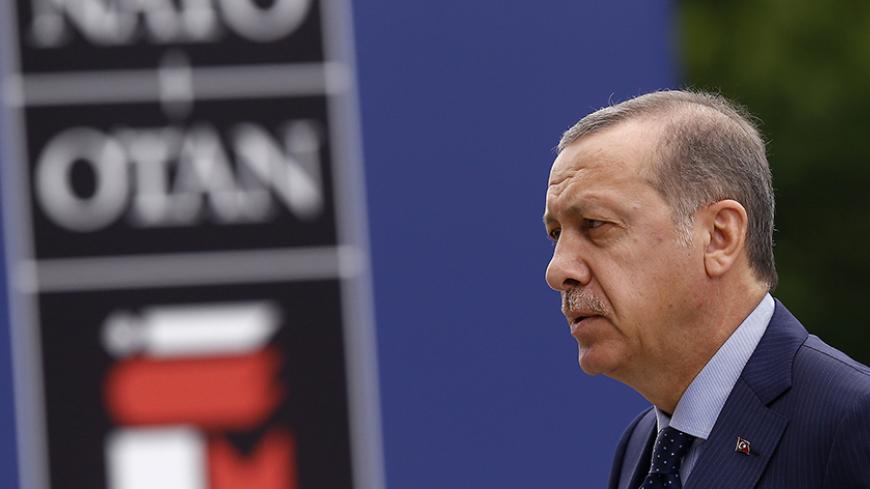 Many analysts believe Turkey and NATO are on a collision course. One end of their argument hinges on the belief — apparently shared to an extent by President Recep Tayyip Erdogan and the Turkish government — that the United States and NATO played a role in the unsuccessful coup attempt July 15.

Minister of Justice Bekir Bozdag, who heads for Washington soon to try to negotiate the extradition of Fethullah Gulen, the Pennsylvania-based Turkish cleric accused of masterminding the coup, has laid Turkey’s position on the line.

Bozdag’s remarks, which imply that Washington and NATO knew what was coming and did nothing, are being echoed by the pro-Erdogan Islamist media in Turkey, which is essentially anti-Western and sees NATO as the enemy of Islam.

Remarks such as those by Bozdag are eliciting equally harsh responses from the West. Gregory Copley, a strategic analyst, appears to have no doubt that “Turkey has now formally declared the US (and therefore NATO) as its enemy” and is exhorting the alliance to act accordingly.

The other end of the argument regarding a collision in the making between Turkey and NATO hinges on the belief that Erdogan is using the failed coup attempt to initiate a massive purge against his opponents in order to further strengthen his hold on power. It is being suggested that an undemocratic Turkey has no place in an alliance based on democratic principles.

US Secretary of State John Kerry encouraged this view when he appeared to hint that Turkey could not remain in NATO if it strayed from democracy and the rule of law as it seeks those behind the failed coup attempt.

“NATO also has a requirement with respect to democracy,” Kerry told reporters in response to a question on Turkey during a press conference in Brussels with Federica Mogherini, the EU’s foreign policy chief.

He added that “the level of vigilance and scrutiny” with regard to developments in Turkey would be very significant in the days ahead.

If Kerry’s remarks are meant to sound a warning, they are falling on deaf ears in Turkey where a campaign against Turkey’s NATO membership is also gaining steam. Former senior officers from the military, like retired Rear Adm. Cem Gurdeniz, are among those questioning this membership.

In an interview with daily Hurriyet, Gurdeniz said there had always been a struggle between “Atlanticists” and the “Eurasia camp” in the military. He said if the coup was successful, Turkey would have become part of “Atlanticist” plans to its detriment.

“The losses incurred would have included the declaration of an independent Kurdistan, autonomy [for Kurds] in southeastern Anatolia and the loss of Cyprus,” he said. Gurdeniz said Turkey “should play a balancing role between the Atlantic and Eurasia,” arguing that it was patently clear NATO did not serve Turkey’s interests anymore.

He went on to question whether NATO’s advanced radar systems in Kurecik, in eastern Turkey, deployed under its Ballistic Missile Defense program, was in Turkey’s interests. He also asked why NATO was keen to conduct military exercises in the Black Sea and was pressurizing Turkey for a permanent presence there, pointing out that this was something NATO never did during the Cold War.

Gurdeniz’s remarks point to the kind of confusion reigning in Ankara with regard to NATO, because it was Erdogan, during the recent NATO summit in Warsaw, who called on the alliance to bolster its presence in the Black Sea to prevent this sea from becoming “a Russian lake.”

Turkey being a country of bitter ironies, Gurdeniz — a staunch Kemalist secularist — was among those arrested under the so-called Balyoz (Sledgehammer) case, while still serving in the military, and was convicted to 18 years in prison in 2013 for allegedly plotting to overthrow the government led by Erdogan.

He was released after Erdogan and his onetime Islamist ally Gulen became enemies. Gurdeniz accused Gulen supporters in the judiciary, who are now being rounded up as coup plotters, for his own incarceration as a coup plotter.

Whatever is being written or said on either side of the fence today, the truth is that Ankara’s NATO membership was never threatened following successful coups in Turkey in the past, when the Cold War was raging, and NATO could not endanger the strategic advantages Turkey provided against the Soviet Union.

Turkey’s place on the map remains equally important today for NATO, if not more so. Retired Ambassador Unal Unsal, a former Turkish permanent representative to NATO, believes it would be difficult for the alliance to turn its back on Turkey at a time when the Middle East and the Black Sea region is in turmoil, when there is the possibility of a Trump presidency and when the EU is struggling with its Brexit debacle.

“The going in Turkey may not be good, but a Turkey out of NATO would cause more complications, especially if Ankara slides toward Russia,” Unsal told Al Monitor.

Acknowledging that the NATO charter has conditions regarding democracy in member states, Unsal nevertheless pointed out that this had not prevented Portugal from becoming a founding member of the alliance in 1949, even though it was being ruled by authoritarian Antonio de Oliveira Salazar.

Unsal indicated that what is being said today about NATO membership in conjunction with democracy and rule of law in Turkey has to be said for the sake of appearance. He added that expelling a country from the alliance would require consensus in the Atlantic Council, which would be difficult to secure under current circumstances.

Unsal did not discount the possibility, however, that Erdogan, in one of his many huffs, may decide to pull Turkey out of NATO, and suggested that the consequences of this might not be as dire for Turkey as it appears at first glance.

“Maintaining Turkey’s strategic ties with the US is what will ultimately remain crucial for Ankara, rather than its ties with NATO, and everyone knows that the US means NATO,” Unsal said.

Copley, who claims Ankara has declared the United States and NATO its enemy, nevertheless ended his analysis for Oilprice.com by underlining the alliances dilemma regarding Turkey.

“No one in NATO or the senior member states has actually done the calculation as to how to structure global and regional strategies without Turkey, or how to remove Turkish officers from NATO facilities — how to manage the region without Turkey,” he wrote.

The West does not appear to be well-poised currently to do this “calculation,” which makes the suggestions that Turkey be expelled from NATO ring hollow, given what is transpiring in the world.