Diplomatic and military experts say quitting NATO would not strengthen Turkey’s hand but weaken it. 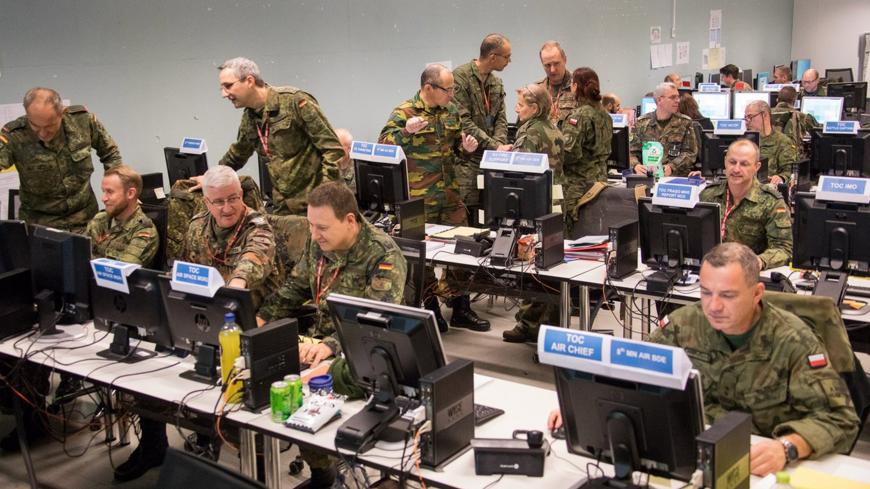 A major blunder in NATO has brought bitter political rivals in Turkey into a rare demonstration of unity. Parties across the political spectrum are announcing their distrust of the international alliance.

President Recep Tayyip Erdogan spoke of the “major scandal,” as it is being referred to in Turkey, during an address to officials from his Justice and Development Party (AKP) in Ankara Nov. 17.

Erdogan said he had been informed by Chief of the General Staff Hulusi Akar and EU Affairs Minister Omer Celik that Mustafa Kemal Ataturk, the founder of the Turkish Republic, and Erdogan had been depicted as NATO’s enemies during a recent NATO military exercise in Norway.

He was referring to a military exercise held Nov. 8-17 in Stavanger, Norway, that, according to NATO, was “a Command Post/Computer Assisted Exercise without troops on the ground.”

Once Erdogan heard of the insult, he ordered the withdrawal of the 40 Turkish officers who were to participate in the military exercise. Speaking to the AKP, he said, “You cannot have such an alliance or such an ally.”

The value of Turkey’s NATO membership is being questioned now, with some officials calling for Ankara to ditch the alliance. There are experts, however, who say quitting NATO would leave Turkey weaker in terms of its security interests.

According to Turkish media reports, the blunder was double-pronged. First, Ataturk was depicted as an enemy of NATO in a poster. Then, a fake social media account was opened in Erdogan’s name during the exercise containing anti-NATO messages.

NATO Secretary-General Jens Stoltenberg issued an immediate apology for the offense, saying both incidents “were the result of an individual’s actions and do not reflect the views of NATO.”

The value of Turkey’s NATO membership is being questioned now, with some officials calling for Ankara to ditch the alliance.

He said, “Turkey is a valued NATO Ally, which makes important contributions to allied security.”

Turkey is the only predominantly Muslim member of NATO, with the second largest army in the alliance, and is participating in NATO operations against the Islamic State and in Afghanistan.

Stoltenberg also apologized to Erdogan personally over the phone.

Norway’s Defense Minister Frank Bakke-Jensen said the two incidents involved an external contractor hired for the exercise, who was subsequently dismissed. He added that an investigation had also been opened.

Turkish media said the person involved was a Norwegian of Turkish origin, who was promptly blamed for being a supporter of Fethullah Gulen, the Islamic preacher who is accused of masterminding the July 2016 coup against Erdogan.

Still fuming, Erdogan told supporters in the Black Sea city of Rize Nov. 18 that the offense to Turkey in Stavanger was the “outward expression of a skewed attitude toward Turkey that we have been observing for some time.”

Indicating that the reliability of NATO was in question, Erdogan added that the insult “could not be dismissed with a dry apology.”

Government spokesman Bekir Bozdag referred to the matter as “one of the greatest scandals in NATO’s history” and said they wanted the investigation to include the commanding officers at the exercise.

Erdogan political adviser Yalcin Topcu suggested that Turkey should quit NATO. He claimed the alliance had supported every military coup in Turkey and said it was time to question Turkey’s NATO membership.

“This organization, which shows all forms of enmity toward its member, is not indispensable for us,” Topcu said.

His sentiment was shared by Devlet Bahceli, the leader of the far-right Nationalist Action Party. Bahceli said Turkey was around long before NATO, adding, “It will not be the end of the world if we are not in this structure.”

In a rare example of support for the government, Kemal Kilicdaroglu, the leader of the main opposition Republican People’s Party, said that while everyone could criticize Turkey, no one had the right to insult its leaders and its history. “We strongly condemn this,” Kilicdaroglu said. He added that the matter could not be dismissed with a simple apology.

To the surprise of many, the pro-Kurdish Peoples’ Democratic Party — which many Turks see as an extension of the outlawed Kurdistan Workers Party — also condemned NATO, referring to its blunder as “unacceptable.”

Retired Ambassador Suha Umar, who has served as Turkey’s deputy head of mission at NATO, said this latest development showed where Turkey’s prestige within the alliance stands today. “No one would have thought for one second to do such a thing in the past,” Umar told Al-Monitor. “The question to be asked here is how Turkey could have been allowed to end up in this position.”

Responding to the argument that NATO has always undermined Turkey, Umar said, “Why did it remain in NATO for so long then if that is the case?” He added that even if this claim was true, which he believes it is not, then Turkey is in a better position to prevent moves against it as a NATO member.

Turkey’s already strained ties with key NATO members were further shaken after Heidi Grant, the US deputy undersecretary of the Air Force for international affairs, told Defense News that the United States might consider restrictions to Turkey's purchase of F-35 fighter jets if Ankara finalized its deal with Moscow for S-400 air defense systems.

Ankara says existing restrictions on its military purchases from various NATO members — who cite the state of democracy in Turkey — is forcing it to look elsewhere for its military hardware requirements.

Grant’s remark, and the incidents in Norway, are seen by pro-government Turkish commentators as the latest examples of NATO’s attempts to undermine Erdogan and his achievements.

Conversely, NATO has been traditionally targeted as an enemy of Turkey by the Turkish left and right wings, as well as by Turkish Islamists. The left wing has always argued that NATO is the instrument of capitalist and imperialist powers, a claim that is shared by the nationalist right wing.

Erdogan’s Islamist supporters, for their part, see NATO as a US-led, anti-Islamic and pro-Israeli alliance that kills Muslims in Afghanistan and the Middle East, and would be happy to see Turkey leave the alliance.

In line with Ankara’s growing quarrel with the West, there are also Western voices calling for Turkey to be “kicked out of NATO.” Shared strategic security interests have nevertheless forced the sides to continue this relationship, despite tensions between Turkey and key NATO members.

Retired Brig. Gen. Naim Baburoglu said that talk about the need for Turkey to ditch NATO is unrealistic and mainly aimed at domestic consumption.

“If Turkey left, would it have the capacity to establish a national defense system like Israel without relying on others?” Baburoglu told Al-Monitor. “Global powers can change sides, but medium-sized powers cannot escape the consequences of doing so.”

Veering toward Russia would not ensure Turkey’s security needs given that Moscow and Ankara’s regional interests do not overlap, Baburoglu said.

Baburoglu also indicated that quitting NATO would also deprive Turkey of its power of veto as a full member and leave it unable to block undesired developments, such as the inclusion of Cyprus in the alliance.

Umar believes that both sides have done what was necessary in this case and should let the case rest.

“Turkey objected as it had to, and NATO apologized at the highest level," Umar said. "NATO also said it has taken the necessary steps, and also initiated an investigation. Continuing to ask for more heads to roll is only aimed at a domestic audience.”

Turkey will obviously not quit NATO, but this latest affair has highlighted just how much distrust has developed between the sides.