Turkish President Recep Tayyip Erdogan's heavy-handed approach to cigarettes, aimed to project a fatherly image in Turkey, has now spread to his interactions with foreign officials. 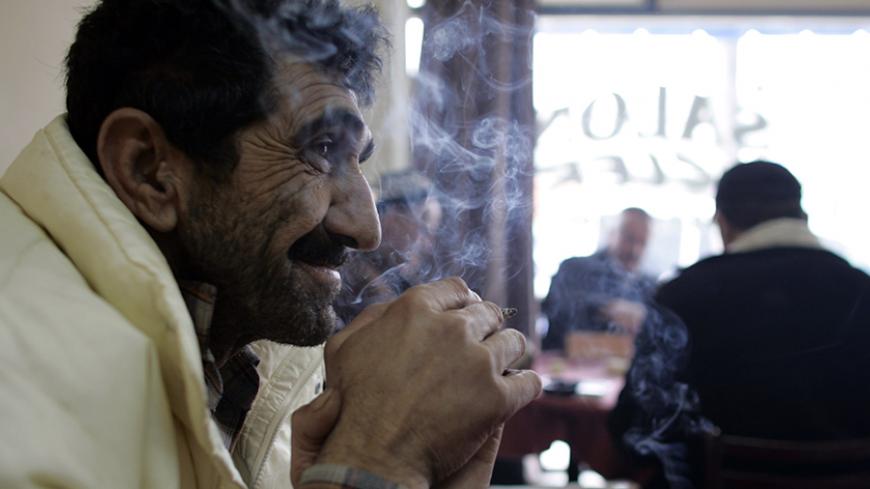 Turkish President Recep Tayyip Erdogan has made a name for himself as a tough anti-smoking campaigner. In today’s health-conscious world, a statesman fighting smoking is hardly newsworthy, but when that statesman is Erdogan, things are different. Erdogan's anti-smoking advocacy is often worthy of headlines as it offers valuable clues about his personality and how he imagines his leadership, views his citizens and governs his country.

A quick Google search with the words “Erdogan” and “smoking” returns abundant material illustrating how Erdogan’s campaign unfolds on the ground. His encounters with Turkish citizens who are either smoking or carrying cigarette packs follow a similar pattern: Erdogan calls to the “busted” smoker, takes away the cigarettes and asks the person to pledge to quit smoking. A promise, however, does not get one off the hook. Erdogan asks the smokers to write their names and telephone numbers on the confiscated packs to make it clear the matter will be followed up on.

The regime’s media boasts that Erdogan has cajoled dozens of people to quit smoking, and daily Sabah has even compiled a photo gallery of those moments. The pictures show Erdogan holding a confiscated pack of cigarettes and the smoker pledging to quit, often in the company of smiling witnesses.

The July 15 coup attempt forced Erdogan to give a break in his campaign, but he was back in form in less than two weeks. Visiting a mosque construction site in Ankara July 28, he spotted a cigarette box in the pocket of a worker, seized it and got the usual pledge of quitting.

The news archives, however, are not without incidents disrupting this pattern. In November 2014, for instance, Erdogan was touring an Istanbul district known as a stronghold of his Justice and Development Party when he noticed a smoker on the balcony of a cafe. Wagging his finger at the man, he shouted from the street below, “You can’t smoke there. There is a penalty for that!” Seeing his warning ignored, he called the smoker an “impudent fellow” and grumbled to his entourage, “The president is telling him [to stop] and he keeps smoking. Where is the municipal police? What blatant impudence!”

Earlier this month, Erdogan’s activism crossed borders, reaching all the way to Warsaw, where he was attending the NATO summit. Caught red-handed and turning in his cigarettes this time was Bulgarian Foreign Minister Daniel Mitov. The Turkish media, trumpeting that “Erdogan convinced the Bulgarian minister to quit smoking,” reported how Erdogan spotted Mitov in a smoking area while walking from one meeting room to another, stopped and persuaded him to quit. “Mitov then signed his cigarette pack and gave it to Erdogan,” the reports claimed.

So, the anti-smoking campaign of the father of four has not only crossed bloodlines and borders, but has become a matter of international relations, for his target was no ordinary citizen, but a foreign minister. Erdogan had actually made his international debut in this realm in 2010, but his target at that time was a Turkish citizen. The young woman, who was working at a Turkish-German business forum in Istanbul, got “busted” carrying a cigarette in her ID badge holder. Erdogan tore the cigarette apart as his guest, German Chancellor Angela Merkel, watched with eyes bulging in disbelief.

Back to Warsaw. What political instinct could have urged Erdogan to seize the Bulgarian minister’s cigarette pack? Was he concerned he might be perceived as a leader who commands respect and authority only at home if he had refrained from seizing the cigarettes? Or was he simply acting intuitively? We cannot say with certainty, but one thing is clear: The objectives of his activism go well beyond the protection of public health.

For Erdogan, grabbing cigarette packs from citizens is a political act, the aim of which is to impose himself on Turks as their “father” — a figure who decides what is right and wrong for them, who shapes their lives and shows them the way. No doubt, he is an overbearing father who has little tolerance for objections and expects full obedience.

The child’s treatment Erdogan accords to Turkish citizens he spots smoking or carrying cigarettes is a means of erecting new pillars to fortify his repressive rule. He extracts promises of quitting, takes away their cigarette packs and feels no need to pay compensation for them — liberties only a father can take.

In Middle Eastern tradition, smoking in the presence of one’s father is often perceived as bad manners. Erdogan is effectively telling the smokers, “You are not supposed to smoke in my presence.” And the more his targets accept this "fatherhood," the more they reduce themselves to children — Erdogan’s children.

Smoking is not the only realm in which the psycho-politics of Erdogan’s authoritarian and overly conservative role are manifested. In 2013, for example, he slammed unmarried young men and women sharing student accommodations and mobilized the security forces against coed housing. He also grumbled that women he used to see on a Bosporus quay from his office in Istanbul’s Dolmabahce Palace were dressed immodestly.

As long as Turkish society fails to reject Erdogan’s fatherhood claim, there is nothing to stop him from advancing it.

On a related note, anti-smoking campaigns in Turkey have failed to produce the desired results despite the president’s ardent personal contributions. Extensive smoking bans, introduced in 2008, seemed to work until 2011, but last year’s figures show that smoking is once again on the rise. From 2008 to 2011, tobacco consumption in Turkey fell to fewer than 100 billion cigarettes per year, but stood at 125 billion in 2015. The smoking rate rose from 39% to 42% among men, and from 12% to 13% among women.

So, Turks, unfortunately, continue to smoke like Turks, which shows that their self-appointed father is failing.