Turkish President Recep Tayyip Erdogan is asking Turks to spend their holidays in Turkey, to alleviate the loss in revenue of Russian tourists who will not travel to Turkey this year. 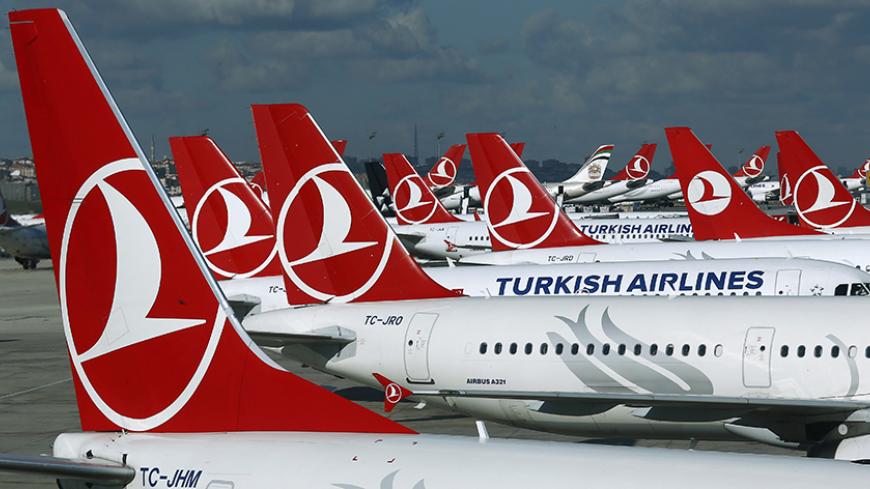 Turkey's tourism industry is under serious threat following the crisis with Russia, continuing clashes in southeast Turkey and bomb explosions in Ankara and Istanbul. It is now clear that the roughly 4 million Russian tourists who have been Turkey’s loyal visitors are not coming this year.

The sharpest decline in tourism revenue was registered in November 2015 after the shooting down of a Russian fighter jet.

Hotel owners in Turkey now facing bankruptcy are waiting for solutions offered by the government. President Recep Tayyip Erdogan has already called on Turkish citizens not to travel abroad, but to spend their holidays in Turkey. He also wants people to choose local products instead of foreign products when shopping.

Some tourism sector representatives emboldened by Erdogan’s request proposed a complete ban on foreign travel by Turkish citizens and to punish those who do. Most media outlets have labeled these extreme calls for a ban as “defying comprehension and logic.” Cemil Ugurlu, deputy chairman of the Tourism Investors Association of Turkey, asked for steps to make foreign travel unattractive.

He said, “There must be some restrictions and additional taxation [for travel abroad] to encourage our people to spend their holidays in the country."

Although such demands appear illogical, Masum Turker, who was briefly Turkey’s minister of economy in 2002, said it was possible to impose new taxes on people traveling abroad.

"The president’s call will motivate many people to demand similar steps. The state knows who travels abroad frequently. It can now say that those who can afford to travel abroad can pay extra taxes,” Turker said. “There are 4 million Turks who can be targeted for this. Remember, we imposed extra taxes, for example, after the disastrous Marmara earthquake [in 1999]. It the state’s taxation income from tourism is seriously affected it can reimpose such additional taxes.”

Turker said some countries have been advising their citizens not to travel to Turkey because it is unsafe; hence, Turkey can introduce special taxes on similar grounds to those traveling abroad.

Tourism entrepreneur Bulent Okci, who owns hotels in Bodrum and Istanbul that used to work with Russian travel agencies, told Al-Monitor that although reservations have stopped coming in, they are now hopeful following Erdogan’s call to the public.

“We understand that Russian tourists are not coming this year. The call of the president can boost the number of domestic tourists. The AKP [Justice and Development Party] received 50% of the vote in the last elections, and [so] if some of those people heed Erdogan’s call and stay in Turkey instead of traveling abroad, we can partially make up for the loss of Russian tourists,” he said.

But Ahmet Tan, the former minister of tourism in the 1990s, opposed restricting the freedom of travel of citizens in democracies.

"Discouraging foreign travel will not increase domestic tourism. Our people do not pay in foreign currency; we need the foreign currency from tourism. Anyway most of the people will not obey the president’s call,” Tan told Al-Monitor.

He said, “Most travelers who travel abroad are liberal voters of the opposition CHP [Republican People's Party]. If they believe that there is indeed a factual, heavy foreign pressure on Turkey then they will collectively decide not to travel abroad, but not because the president told them. They see the president as a partisan. There are people who disregard the president's anti-smoking campaign and even take up smoking in defiance. If such a call had been made by the governor of the Central Bank instead of the president, there would have been more compliance.”

Asked if AKP voters will respond to Erdogan’s call, Tan replied, "The AKP gets most of its votes from rural voters who don’t travel abroad as much."

While the Turkish government is negotiating with the European Union to lift visa restrictions on Turks, it is now trying to find ways to limit freedom of travel of its citizens.

One point to note here is that in the last quarter of 2015, the number of Turks who traveled abroad decreased by 4%, partly because of the deterioration of the economy. At the same time, the annual increase in foreign travel was 9.6%, which shows that the citizens can make up their own minds without intervention of the state.

by Murielle KASPRZAK and Joseph SCHMID | AFP | May 26, 2022
END_OF_DOCUMENT_TOKEN_TO_BE_REPLACED