Turkey's tourism business has checked out without paying its tab, and officials are considering enlisting US celebrities like Justin Bieber to help counteract the effects of terrorist attacks and Russian sanctions. 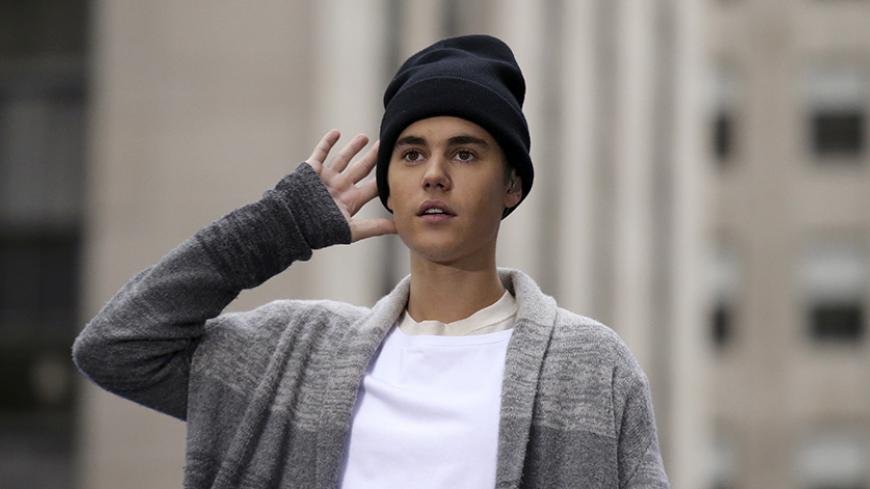 Turkey's tourism industry is now feeling the dire consequences of downing a Russian jet in November, along with the repercussions of terrorist attacks.

Beginning Jan. 1, Russia banned all package tours to Turkey. The economy of Antalya, the "tourism capital" of Turkey that used to host about 4 million Russian tourists annually, is now on the verge of collapse.

The Turkish Statistical Institute (TUIK) recently released 2015 tourism statistics showing the country was already suffering before the Russian sanctions were imposed: Tourism revenues sank 8.3% in 2015 to $31.5 billion, from $34.3 billion in 2014. The slump reflects a sharp drop in the number of Russian, German, British, Dutch and Austrian tourists in the second half of 2015, which TUIK blames on Islamic State (IS) massacres in Suruc, Diyarbakir and Ankara and escalating terror in the southeast.

After an IS suicide bombing killed 10 German tourists Jan. 12 in Istanbul, Turkey experienced mass tourism reservation cancellations from Germany — one of its top sources of tourist dollars — along with cancellations from other European countries.

Germany's TUI Group, one of the world's biggest tour operators, revealed Feb. 9 it has seen a 40% drop in summer vacation bookings for Turkey.

Acutely aware of the adverse developments for Antalya, the Chamber of Commerce and Industry of Antalya (ATSO) conducted research to review the effects of the Russian crisis on the economies of Antalya and Turkey and submitted it to all relevant ministries with urgent demands for government support.

The report predicts likely outcomes for Antalya and proposes actions to keep the situation from deteriorating further.

ATSO calculates the crisis with Russia will cost Antalya and the Turkish economy $10 billion to $11 billion, and the effects will be felt more severely in coming months. The report recommends that the government offer incentives to airline operators for each tourist they bring to Turkey and eliminate the heavy taxes imposed on alcohol, a primary commodity in the tourism industry.

The study also concluded that the government should support Turkey’s international promotional and advertising campaigns by inviting famous pop stars Madonna, Jennifer Lopez and Justin Bieber to Antalya for concerts. The report says these famous pop stars will gain publicity for Antalya and Turkey and reinforce Turkey’s "dependable country" image.

Construction and real estate sectors will take a serious hit, ATSO predicts, since of the 60,000 residences sold to foreigners in Antalya last year, one-fourth were bought by Russians.

Hotels and vacation resorts also will suffer severely because of the sanctions, IS attacks and terror. As of today, more than 1,300 hotels, motels and vacation villages are for sale on the Aegean and Mediterranean coasts, according to the report. With drastic losses of revenue, establishments aren't able to make credit payments. About 900 hotels and resorts are for sale at tourism hot spots such as Marmaris, Bodrum, Kusadasi, Fethiye, Izmir, Didim and Datca. The Antalya area alone has more than 400 hotel, vacation and golf resorts, 120 of them with five-star ratings. About $10 billion worth of hotels and resorts are for sale.

There are indications that, given Turkish currency's significant value loss against the dollar and euro, and the hard times experienced by the tourism sector, foreign hotel chains may enter the market to buy these facilities at bargain prices. This would increase foreign companies' share in Turkey’s tourism industry.

In a Feb. 11 trading call, British tour giant Thomas Cook Group plc said it has rerouted 800,000 airline seats, or 29% of capacity, away from Turkey because of terrorist attacks. The company began anticipating the drop in October, but demand is slowly returning, CEO Peter Fankhauser said.

When American actor Angelina Jolie visited refugee camps in Turkey in 2012, she told the world she had never seen camps so well-prepared and equipped in her travels. But Jolie, who came back last year, did not seem as approving when she visited the camps with President Recep Tayyip Erdogan.

Given the ATSO report's recommendations, it appears that Turkey once again will have to look to stars for its rescue.