Scrambling to stop the downturn in its vital tourism sector, Turkey plans to build special holiday villages for Arab tourists. 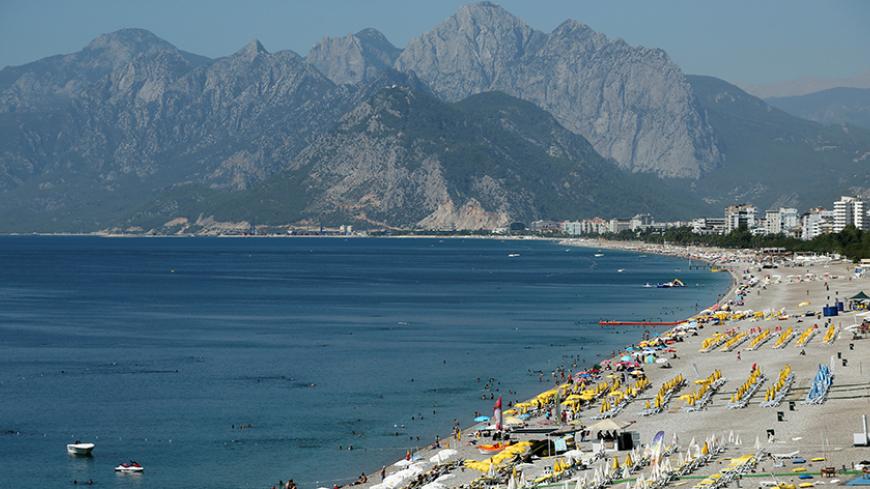 Turkey has pinned its hopes on Arab tourists to make up for a serious decline in its vital tourism sector, which is struggling under a combination of blows, including the crisis with Russia, the ramifications of the civil war in neighboring Syria, a string of bomb attacks in big cities, the violent conflict in the Kurdish-majority southeast, the July 15 coup attempt and tensions with the European Union. To boost the tourist flow from Arab countries, Turkish entrepreneurs are planning to build special vacation spaces for Arabs.

According to Rifat Hisarciklioglu, the head of Turkey’s Union of Chambers and Commodity Exchanges, economic ties between Turkey and Arab countries have grown impressively in the past 15 years, with the trade volume increasing 7.5 times to $47 billion and the number of Arab tourists growing nine times to some 3 million.

Turkey received 2.78 million tourists from Arab countries in 2013, 2.5 million in 2014 and 2.95 million in 2015. Foreign Minister Mevlut Cavusoglu said in May that the target was 10 million Arab tourists per year. Describing efforts to overcome the absence of Russian tourists, he said that work was underway to build an “Arab village” in the Mediterranean province of Antalya, Turkey’s main tourism hub.

The idea for Arab holiday villages in Turkey was first suggested by the head of the Arab Tourism Organization, Bandar bin Fahad Al Fehaid, in February. “I think Arabs will be flocking to Turkey for health tourism. The first steps related to health tourism have been taken already. A big project is underway in Bursa,” Fehaid said, referring to the northwestern Turkish city that is famous for its Ottoman heritage and natural riches. Pledging help to lure more Arabs to Antalya as well, he said, “We’ll discuss with the authorities the Arab tourists’ demands concerning places of accommodation.”

The rise of religious conservatism in Turkey has led to the inauguration of women-only beaches in myriad touristic areas in the country. The planned holiday villages for Arabs are expected to be based on a similar concept. They will cater to Arabs only, offering an atmosphere inspired by Arab history and culture. The Heritage Village in Abu Dhabi, the capital of the United Arab Emirates, is seen as one model in this realm. A reconstruction of a traditional Arab village from the pre-oil era, the walled complex features Bedouin tents, a mosque and houses, as well restaurants and cafes offering traditional dishes.

The Arab villages in Turkey will have some extra features. The one in Bursa, for instance, will be aimed at health tourism and have thermal baths.

Fahaid, who met with Turkish Tourism Minister Nabi Avci last month, stressed the “big potential” in health tourism. “Saudi Arabia spends $27 billion per year in this sector, and Turkey is well-received,” he added. Avci, for his part, said an “electronics tourism” festival and a computer games contest would be organized to boost exchanges between Turkish and Arab youths, professionals and students.

According to Turkish media reports, Arab entrepreneurs have been buying land for holiday villages also in the eastern Black Sea provinces of Trabzon and Ordu, which have become popular with Arab tourists in recent years, as evidenced by the growing number of Arabic-language signs.

Fettah Tamince, the CEO of Turkey’s Rixos Hotels chain, says the influx of Arab tourists should be kept outside the context of any political criticism of Turkish-Arab ties, drawing attention to the spending potential of the Arab visitor. “France, Italy, Switzerland, Paris and London — Europe’s top destinations have stayed on their feet for years [thanks to] the Arabs. Middle Eastern consumers spend serious amounts of money and have a propensity for luxury because they are wealthy,” he said. “The income per capita is $30,000 in Saudi Arabia and $50,000 in the United Arab Emirates, while in Russia it is [only] $10,000. An Arab consumer is worth five Russian consumers.”

Istanbul remains the favorite destination of Arabs in Turkey, followed by regions with lush, mountainous landscapes such as Bursa, Bolu, Abant, Yalova and Trabzon, and the coastal Antalya. Arabs accounted for 1.67 million of the 8.4 million tourists who visited Istanbul last year.

As to why Arab tourists are attracted to Turkey, the head of the Tour Operators Platform, Cem Polatoglu, offers a long list of diverse reasons, topped by the popularity of Turkish soap operas in the Arab world and “the comfort Turkey provides as a modern Muslim country.” Also, Arab visitors are able to easily perform their religious duties and dine without the fear of “haram,” with the extra advantage of puffing hookahs. According to Polatoglu, medical reasons, especially hair transplantation and other plastic surgeries, are another major factor, followed by Turkey’s abundance of shopping malls, affordable prices, cultural proximity and natural landscapes.

The Arab tourists, however, could hardly make up for the steep decline that Turkey’s tourism sector has suffered. In the first nine months of the year, the total number of foreign tourists stood at 20.2 million, down by 9.5 million people from the same period in 2015. Without the return of the Russians and the Europeans next year, the prospects for the sector appear bleak.

Former Tourism Minister Ahmet Tan also points to Europe, warning that tensions with the EU could result in a further blow for the tourism sector. “After halal meat, halal restaurants and halal hotels, the plan for halal holiday villages is an approach that meshes with the mentality of the government. With German, British and French villages already in place, the creation of Arab villages will be natural,” Tan told Al-Monitor. “Such measures, however, are only dressing the wound. The losses in the tourism sector cannot be compensated with Arab tourists only. If ties with the EU break, the number of European tourists will decline further and deepen the trauma in the sector.”