Following measures making it easier for foreigners to acquire property in Turkey, sales have skyrocketed. Foreigners’ locations of choice include Istanbul as well as the Turkish coast, especially Antalya. 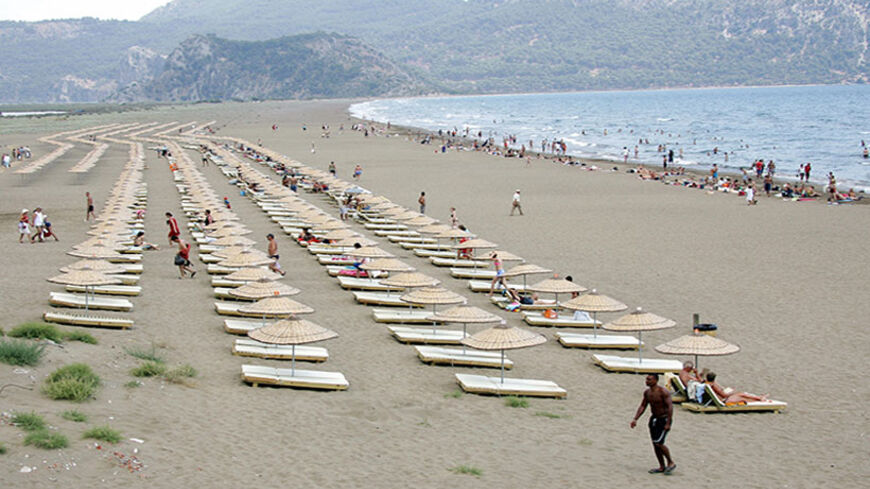 Turkey is currently witnessing an explosion in sales of land, housing and office space to foreigners. It seems that the biggest factor in the increase has been the change made in 2012 to the Reciprocity Law, which dictates the conditions under which foreigners can own Turkish property. This new regulation lifted the reciprocity requirement for property sales and stated in which regions of Turkey and under what conditions citizens of 183 countries may purchase property. The law allows foreigners to buy residential property, plots of land and office space throughout Turkey up to 30 hectares (74 acres) per person. There is no limit for foreign companies in Turkey; commercial companies are allowed to purchase as much property as they wish. However, in the event of a purchase of plotted or unplotted land, approval must be obtained from the relevant ministry within two years of blueprints being drawn up for buildings to be constructed.

Who can purchase land and where?

With the change to the Reciprocity Law, citizens of Syria, Armenia and North Korea can no longer purchase real estate in Turkey. Moreover, countries neighboring Turkey, such as Iran, Iraq, Georgia and Bulgaria, can no longer acquire property in provinces bordering those countries. Property sales cannot be made to Greek citizens in 26 coastal provinces, including Istanbul and the border province of Edirne. However, property sales to Greeks are permitted in inland regions. The 129 countries granted unconditional purchase of real estate include the United States, Germany, Argentina, the United Arab Emirates, Bahrain, Belgium, Brazil, Brunei, the Dominican Republic, France, Finland, South Korea, the Netherlands, Ireland, Sweden, Britain, Spain, Italy, Japan, Canada, Kuwait, Qatar, Luxembourg, Lebanon, Saudi Arabia, Morocco, Saint Vincent and the Grenadines, Turkmenistan, Tuvalu and Oman. In 2012, the previous “single residence” requirement was lifted for Israeli citizens. Citizens of 16 countries, including China, the Philippines, India and Iraq, are required to obtain special permission from the Ministry of the Interior. Iraqi citizens also need to provide a certificate of conformity from the Ministry of Foreign Affairs.

Following the change to the Reciprocity Law, there has been an explosion in sales of property to foreigners. Arabs are buying property in large numbers, preferring green, peaceful and cooler regions such as Sakarya, Bursa and Trabzon, in addition to Istanbul. Russians and those from other northern countries mainly purchase houses in sunny provinces such as Antalya and Mugla.

Turkish construction firms are campaigning to create demand in Arab countries. Large residential projects are being marketed both in Turkey and abroad. Turkish contracting firms now take with them to real estate fairs POS machines so buyers can make down payments by simply swiping their credit cards and don’t have to carry cash with them. In April, at real estate fairs in Kuwait, Dubai and Abu Dhabi, such machines allowed buyers to put some of their down payments on their credit cards. Eliminating the need for cash, credit card use has greatly increased sales, with hundreds of properties reported sold at these fairs.

Istanbul is a favorite with Arabs, both as a holiday destination and as a place to invest. These buyers show a preference for sites close to shopping centers. Citizens of Arab countries are buying residential property on Buyukada; in Maslak, Kartal and Atasehir; around the Golden Horn; in Bomonti, Zeytinburnu, Eyup, Uskudar and Sariyer; and in areas close to the Istanbul Ataturk and Sabiha Gokcen airports. Arab investors are also showing considerable interest in brand-name projects by large construction companies. The famously green city of Bursa — which the Arab Tourism Organization named the “2013 capital of Arab tourism” — has also begun to attract great attention. Prospective Arab buyers are now looking for properties in every part of Turkey. There has been a growing interest in the cooler highlands of the Black Sea region, now that this area is accessible by direct flights from Saudi Arabia. In recent years, Arabs have also discovered the Aegean and Mediterranean coasts, investing in private residential projects in Cesme-Alacati.

How many properties are Arabs buying, and where?

Abdullah Ciftci, president of the Property Investors’ Association of Arab Countries and Turkic Republics, stated that Middle Easterners are buying properties in Istanbul, Russians in Antalya, Britons in Fethiye and Germans in Alanya. According to data from a 10-month period in 2013, Saudi Arabian citizens purchased 773 residential properties, Iraqis 770, Kuwaitis 725, UAE citizens 250 and Jordanians 179.

The International Monetary Fund, which has begun to track the prices of residential properties around the world, has stated that the increase in Turkey’s housing prices in 2013 (6.68%) put it in ninth place out of 52 countries worldwide. The Philippines are in first place with a price increase of 10.56%, Hong Kong is in second place and New Zealand is in third.

The Ministry of Foreign Affairs has prepared a guide listing important tips for foreigners buying real estate in Turkey.

The guide, which is available on the ministry’s website, provides information on how contracts are to be drawn up, legal constraints and other points to bear in mind. According to the guide, it is absolutely necessary for official contracts concerning the transfer of property to be drawn up at the Title Deeds Registry Office where that property is located. It is recommended that both parties sign a “preliminary sales contract” in the presence of a notary prior to the official sale.

Before purchasing real estate, foreigners need to obtain permission from the local military authorities. If the property in question is located within a military security zone, it cannot be sold to foreigners. This rule must be made explicit to the prospective buyer prior to any payment.

A final note: Before signing a sales agreement, it is recommended that the buyer check with the Land Registry Office to see if there is a mortgage on the property or any other circumstance that would hinder a sale. The buyer is advised not to sign any agreement or make any payment prior to confirming this information.