The number of tourists visiting Turkey has risen from 1.6 million to 39.2 million in three decades, placing it sixth among the world’s most popular destinations. 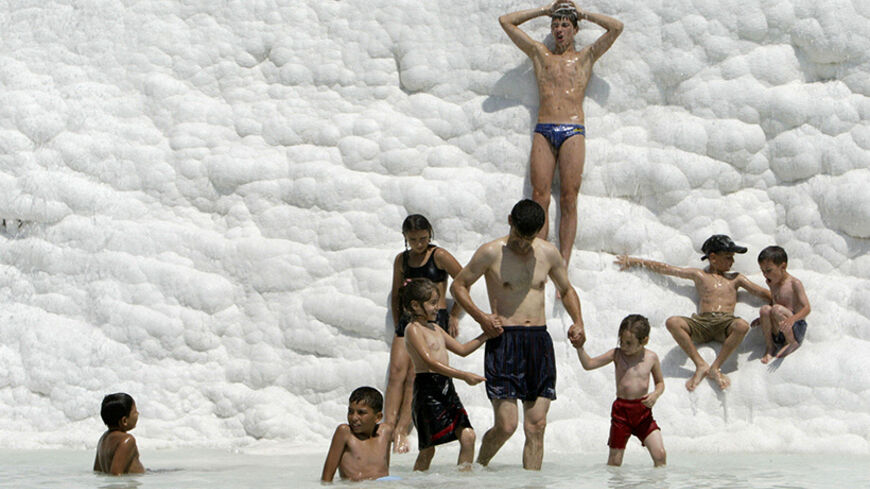 Revitalizing Turkey’s tourism sector was one of the major achievements of late Prime Minister Turgut Ozal, the man who dominated Turkish politics in the 1980s. Ozal, who would often make public appearances clad in shorts and a T-shirt, sped up investment in the tourism sector at a time when Turkey was toiling to sustain its fragile economy, unaware that its natural beauty, history, sea and sunshine could be also marketed. Driven by the build-operate-transfer model and lucrative incentives, five-star hotels and holiday villages sprang up on Turkey’s coasts. “Industry without chimneys” became the memorable slogan of the sector.

In 2011, the new mentality and physical infrastructure culminated in Turkey becoming the world’s sixth most popular tourist destination after France, the United States, China, Spain and Italy.

The world’s discovery of Turkey has accelerated in recent years. The number of visitors reached 39.2 million last year, including 33.8 foreigners and 5.4 million Turkish workers based abroad. The sector generated $32.3 billion in revenues.

The Turkish Association of Travel Agencies (TURSAB) estimates that the total number of tourists will rise to 43 million and the sector’s revenues up to $36 billion this year.

According to a report based on 2013 figures by the Turkish Hoteliers Federation, the Mediterranean city of Antalya, Turkey’s main tourism hub, attracted 12 million tourists, ranking third in the world after London and Paris, which attracted 18 million and 17 million tourists respectively. Turkey’s biggest city, Istanbul, ranked seventh with 11 million tourists.

Last year, Germans topped the list of foreign visitors to Turkey, accounting for 14.9% of the total, followed by Russians with 12.6% and Britons with 7.4%.

According to Timur Bayindir, head of the Touristic Hotels and Investors Association (TUROB), German tourists are expected to top the list again this year. He also said that the largest tourism revenues were generated in the provinces of Antalya, Istanbul, Mugla, Izmir, Aydin and Nevsehir (Cappadocia).

Japanese spend the most

A TURSAB report points to a boom in Iranian tourists, whose number increased the most at 51%. In the first four months of the year, 502,000 Iranians visited Turkey, compared to 331,000 in the same period last year. The figure is expected to increase further by the end of the year.

The number of Iraqis visiting Turkey has also risen significantly, reaching 216,000 in the first four months of the year, up 41% from 153,000 in the same period last year.

Istanbul has also emerged as the favorite destination of Arab tourists visiting Turkey. According to figures by Istanbul’s Culture and Tourism Directorate, the number of Arabs visiting the city increased 21% in the first four months of the year, reaching 543,000 from 448,000 in the same period last year. Libyans topped the Arab list for the same period with 92,000 people, followed by 70,000 Saudis and 68,000 Iraqis.

A significant increase had been expected also in the number of Israeli tourists this year, but Israelis began to cancel their reservations following harsh Turkish reactions to the bombing of Gaza and the Israeli government’s subsequent call for its citizens to avoid traveling to Turkey.

In the first five months of the year, 71,700 Israelis had visited Turkey, up 65% from the same period last year. Yet, arrivals ground to a halt in the wake of the Gaza crisis.

Turkey has risen to a new level in tourism. TURSAB Chairman Basaran Ulusoy said, “In our estimates for 2023, we target 50 million visitors and $50 billion in revenues. Yet, I believe we can achieve those targets earlier. In previous years, Turkey would be waiting for tourists to come. Now we are sought after.”

Based on the Culture and Tourism Ministry’s list of most popular destinations and TUROB head Bayindir’s data on regions generating the largest tourism revenues, Al-Monitor has drawn up the following top 10 list of Turkey’s most popular tourism regions: