Why Iraq needs the Popular Mobilization Units in fight against IS

Given the critical role of the PMU to date, its participation in upcoming battles against IS seems inevitable. 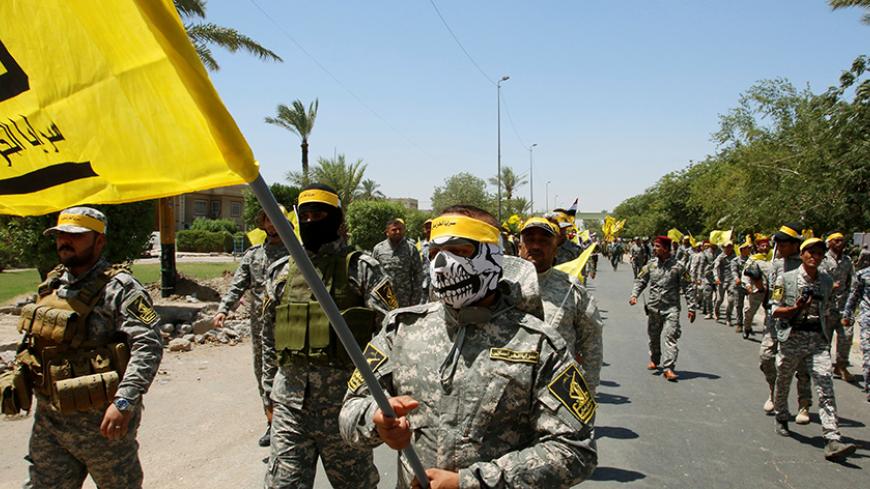 Despite reports that members of Iraq's Popular Mobilization Units (PMU) are torturing and committing other atrocities against Sunnis, the forces appear to be indispensable in battling the Islamic State (IS) and are likely to be involved in future fighting.

The PMU took part in operations to recapture Tikrit in March 2015 and Fallujah in June 2016 and helped achieve great successes against IS. The forces have become a key element in the fight against IS and are ready to fully participate in liberating Mosul, according to Hadi al-Ameri, leader of the Badr Organization, a PMU faction.

Every time the Iraqi security forces achieve victory with PMU participation, there are reports of abuses by the mostly Shiite PMU, followed by demands that the group be excluded from operations to liberate Sunni areas.

Prime Minister Haider al-Abadi’s office announced June 5 that a fact-finding committee had been formed to investigate the allegations. Human Rights Watch said in a June 9 report that it “has received credible allegations of summary executions, beatings of unarmed men, forced disappearances and mutilation of corpses by government forces over the two weeks of fighting, mostly on the outskirts of the city.”

The Anbar provincial council has confirmed PMU abuses during and after the Fallujah battles. Anbar Governor Suhaib al-Rawi announced during a June 12 press conference the results of an investigation into the massacre of the mostly Sunni al-Mahamda tribe in Saqlawiyah, a village north of Fallujah. He said 49 refugees were killed after surrendering and more than 640 people were missing.

Rawi said a PMU faction that he did not specifically name had subjected the surviving detainees —who were saved when federal police intervened — to torture.

PMU commanders denied the charges and blamed what happened on individuals, adding that abusers will be referred to special courts.

PMU role in the battles

When the Fallujah operations started May 22, political and military leaders said there would be no need for the PMU to enter and liberate the city's center because that area would be handled by federal police and Anbar's police, counterterrorism office and emergency service units. The leaders said the PMU role would be limited to liberating villages and areas surrounding Fallujah.

At first, that claim seemed to hold true. The PMU spearheaded the liberation of the surrounding villages. PMU security spokesman Youssef Kallabi said June 4, “The PMU, after managing to take control over the Saqlawiyah city center, are tasked with preserving control over the liberated territory and will not take part in the operations to enter the Fallujah city center, which the counterterrorism office will be tasked with.”

Yet despite those repeated assurances, fierce IS resistance forced Abadi to rely on the PMU to penetrate the center of Fallujah. Thus, the PMU ended up being involved in the battle for Fallujah's center in two ways.

First, on June 21, six brigades of the Badr Organization consisting of 10,000 fighters fought under the banner of the federal police wearing police uniforms. This explains why the federal police appeared to play such a significant role. The combined forces had the upper hand and hastened the liberation process, Al-Monitor learned in a phone interview with a federal police official who spoke on condition of anonymity.

However, the Iraqi National Alliance, a Sunni parliamentary coalition, accused the federal police of not complying with the prime minister's orders and of intentionally coordinating with the PMU to enter the heart of Fallujah.

Second, on June 17, Abadi announced the liberation of the city with the exception of some slums. Yet Iraqi forces withstood severe attacks by IS snipers, suicide bombers and car bombs, according to the official IS Amaq News Agency. The attacks embarrassed Abadi and forced him to resort to the PMU to enter from the northern axis. These forces managed to take control of the railroad and liberate al-Mukhtar, a village north of Fallujah. Thus, these forces became the demarcation line with Fallujah’s northern areas, increasing the pressure on these areas and helping to liberate them. The PMU and federal police came in from the north, and the Golden Division and the federal police, backed by the PMU, covered the south.

Now, even though the battle for Fallujah is over, the PMU are refusing to withdraw from the city and its outskirts. PMU deputy head Abu Mahdi al-Muhandis said June 28, “The PMU in Fallujah will remain where they currently are and will not leave their positions. They will maintain control of the land.” He added, “The Iraqi forces needed and are still in need of the assistance and support of the PMU, which represents backup" for them.

Based on all these events and the critical role the PMU has assumed, its participation in the upcoming battles, particularly the battle for Mosul, seems inevitable.