What Bibi got wrong about comparison of Tel Aviv, Nice attacks

Prime Minister Benjamin Netanyahu continues to ignore the reality of Israeli occupation by equating attacks by Palestinians and the terror attacks in Paris, Orlando and Nice. 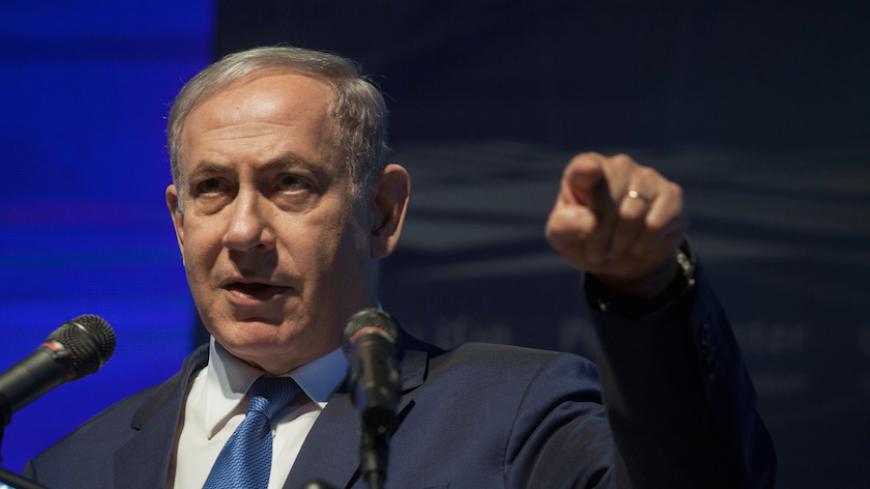 Israeli Prime Minister Benjamin Netanyahu gestures as he speaks during a ceremony at the Peres Center for Peace in Jaffa, Israel, July 21, 2016. - REUTERS/POOL/Dan Balilty

The July 19 events marking the 10th anniversary of the Second Lebanon War provided Prime Minister Benjamin Netanyahu with an opportunity to address his favorite subject: Islamist terror. The July 14 truck attack in Nice that killed at least 84 people and injured more than 100 gave Netanyahu’s speeches a present-day dimension.

With a draftsman’s hand, the architecture studies graduate drew a straight line, crossing countries and continents, from Lebanon to Israel and the West Bank. From there he went farther afield, to Europe and then the United States. “Terror does not only strike in Sarona and Otniel,” Netanyahu said at a memorial ceremony on Jerusalem’s Mount Herzl for the fallen soldiers of the 2009 Lebanon war, referring to the attacks at central Tel Aviv’s Sarona Market on June 8 and the West Bank settlement of Otniel on Jan. 17. “It is striking in Paris and Nice, in Brussels and Orlando. We are in a global war.”

That same day at a special plenary session of the Knesset marking the anniversary, Netanyahu declared, “One cannot differentiate between one terror attack and another.” As far as he is concerned, there is no difference between organized terrorism and terror attacks by individuals driven by incitement, between vehicular terrorism in Nice and a terrorist stabbing in Jerusalem, between an American Muslim who murders revelers at a gay nightclub in Orlando and the murderer of diners in Tel Aviv.

“The goal of the terrorists,” Netanyahu said, “is to cut short as many lives as possible as they make their way to raising the flag of the caliphate over the ruins of the enlightened world.” For Netanyahu, “Israel is a frontline bastion of the democratic world.” The only state in the enlightened world that rules over another people by force is, according to him, “a laboratory for determining the results of the violent struggle between the forces of progress and the forces of darkness.”

Actually, Netanyahu’s laboratory has already found the formula for fighting terror: living with terror forever. During a debate in the Knesset’s Foreign Affairs and Defense Committee on Oct. 26, 2015, the prime minister said he was not interested in turning Israel into a binational, Jewish-Arab state. Nonetheless, Netanyahu said, because of “currents of religion and Islam unconnected to us, we are doomed, for the foreseeable future, to control all the [West Bank] territories.” He added, with chilling frankness, “I am asked whether we shall forever live by the sword: Yes.”

On the face of it, there’s no difference between Netanyahu's gloomy forecast and the controversial statement by French Prime Minister Manuel Valls the day after the Nice attack that, although France would not give in to terrorism, “We should learn to live with terrorism.” There is, however, a big difference between the two statements. It can be identified in one word: “occupation.”

Unlike the terrorists who have carried out the attacks in Europe and the United States, the young Palestinian residents of Hebron who stole into the Sarona Market compound on June 8, like the vast majority of Palestinian stabbers, did not conceal a caliphate flag at home and did not plan to destroy the enlightened world. Shin Bet investigators attest to their motive as the elimination of the Israeli flag from their villages and neighborhoods.

In a July 16 New York Times op-ed, “Can We Stop Terror-by-Truck?,” former FBI special agent Ali Soufan warns against the illusion that military force alone can deal with terrorism. The author of “The Black Banners: The Inside Story of 9/11 and the War Against al-Qaeda” argues that in this war, military advantage is not enough. He quotes President Barack Obama, who at a West Point Military Academy commencement speech two years ago said, “Just because we have the best hammer does not mean that every problem is a nail.”

Soufan notes that in addition to deploying a more massive ground presence, those battling the Islamic State (IS) must deny the organization access to the minds of potential recruits. These minds are to be found among millions of young people in Muslim states and Muslim enclaves in the West suffering chronic unemployment, lacking access to education, living in dysfunctional societies under corrupt or indifferent administrations. IS propaganda offers them camaraderie, adventure, spiritual fulfillment and an opportunity to establish an Islamic utopia.

To fill the vacuum that the terrorists are exploiting to their advantage and trump the temptations they offer, these young people must be offered economic support and better education — in short, a better future, Soufan wrote. He concludes his article with the cautionary remark that all these measures will not avert the next terror attack and that more innocent people will die before IS and al-Qaeda are vanquished. “But that day will never come unless we refocus our efforts on doing what really matters,” he said.

Turning back to Israel, unlike Obama, Netanyahu firmly believes that all problems are a nail and what does not give in to a 5-kilo hammer will eventually capitulate to a 10-kilo hammer. If not tomorrow, then the day after. As the late Prime Minister Yitzhak Shamir once told me, “Eventually they [the world] will get used to it [the occupation].” Through this mantra, according to which there is no difference between truck terrorism in a free France and gun attacks in the occupied Hebron area, Netanyahu is attempting, quite successfully, to convince people that there is no connection between an end to the occupation and the fight against terrorism.

Indeed, there is no guarantee that an Israeli withdrawal to the 1967 lines will result in a cessation of terrorism. The fiery Israeli-Palestinian conflict was ignited more than 49 years ago. Even if the fire dies down, the embers may continue to sizzle for many years and singe innocent people. If, however, Israel continues to rule over millions of desperate young Palestinians, with the help of a corrupt and indifferent Palestinian Authority, they will en masse follow the agents of terror who give Islam a bad name and will blow themselves up on buses. Then, as Netanyahu claims, there really will be no difference between the Palestinians who murdered Israeli citizens in Sarona and Otniel and the young Muslims who massacred civilians in Brussels and Orlando. He will then be able to pat himself on the back and boast that his doomsday prophecy has come true. A few more such pats on the back and we’re doomed forever.