Common national interests such as security and economic issues remain the prime core of improved relations between Moscow and Ankara. 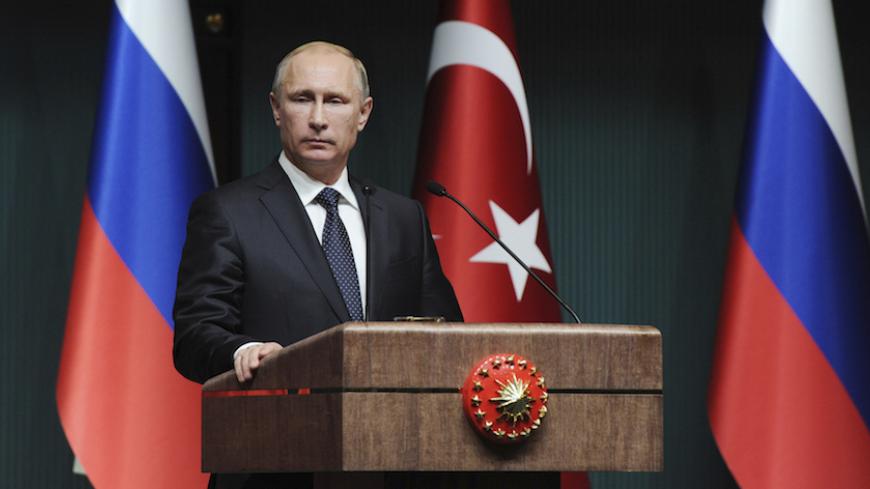 Moscow’s rapprochement with Turkey is unlikely to be easy, but it may well proceed somewhat more rapidly than many expect. Notwithstanding public and personal differences between President Vladimir Putin and President Recep Tayyip Erdogan, each of the two men appears to have embraced former British Prime Minister Lord Palmerston’s famous assertion that “nations have no permanent friends or allies, they only have permanent interests.”

Indeed, despite the gap of over 150 years between Palmerston’s tenure and today’s times, Putin and Erdogan may have related quite well to the renowned British statesman, whose foreign policy is still described as “assertive and ‘manly’” on the United Kingdom government’s official website. Both Putin and Erdogan likely hope that their peoples will remember them in similar terms in future centuries. Still, Erdogan’s apology — and Putin’s ready acceptance of it — suggests that each has subordinated his “manliness” to his pragmatism and that permanent interests have prevented permanent enmity between Russia and Turkey.

Notwithstanding important differences over Syria and, for that matter, over Russia’s annexation of the Crimea Peninsula and its Turkic Tatar population, Russia and Turkey do have consequential common national interests, including security, political and economic aims. Most immediate of course is their shared interest in combating extremist Islamist terrorism — dramatized by the June 28 bombing at the Istanbul airport, which occurred between Erdogan’s letter of apology and Putin’s favorable response. In fact, while Russia and Turkey appear to have negotiated the ritualistic exchange in advance — Fyodor Lukyanov, the chairman of Russia’s prestigious Council on Foreign and Defense Policy, told Al-Monitor that it was “certainly discussed behind the scene for a while … on a technical, although pretty high level” — the Istanbul attack likely helped Putin to explain his about-face to the Russian people.

Moreover, despite Turkey’s NATO membership and even its recent deployment of an airborne radar (AWACS) to provide security for the alliance’s Warsaw summit, Ankara’s efforts to focus NATO’s attention on terrorism as an alliance security matter fell flat at a meeting devoted to public displays of resolve in deterring Moscow in Europe.

For his part, Putin apparently stressed cooperation against terrorism in his June 29 phone call to Erdogan to accept his apology. The next day, Security Council Secretary Nikolai Patrushev — a former head of Russia’s Federal Security Service, the successor agency to the KGB responsible for domestic security — sent a telegram to his Turkish counterpart expressing condolences to the victims’ families and loved ones and noting that such attacks highlight the “necessity” of “close bilateral and multilateral cooperation” against terrorism. Taking into account that Patrushev is widely considered to be a long-standing member of Putin’s inner circle and a key figure in Russia’s so-called siloviki (the security establishment), few would interpret his communication as a casual one; one might say that the message sends a message. Terrorism is a major domestic security concern for Russia and one in which Ankara’s active collaboration could make a real difference.

Beyond this, Russia has considerable economic interests at stake in its relationship with Turkey. At a time when Moscow remains under US and European economic sanctions, Russia can ill afford to forgo economic opportunities elsewhere.

Finally, notwithstanding Turkey’s NATO membership and on-again, off-again efforts for EU membership, leaders in Moscow and Ankara have defined their national cultures and values in ways that explicitly reject some US and Western norms. This includes shared opposition to some progressive Western social values based on Erdogan’s “Islamic values” and Putin’s “traditional values.” It also includes a common resentment of perceived Western efforts to impose Western political rules — something that contributes to a wider desire among many in both capitals to realign the international system to empower non-Western powers, which each likely feels only more strongly due to a widespread sense of unjust rejection by the West.

Also important, according to Lukyanov, was a certain discomfort in Russia’s foreign policy elite over the conflict with Turkey, “because Turkey is too powerful a country with a lot of leverage to harm Russian interests almost everywhere.” Still, Putin’s “reputation of a person who never leaves anything hostile without massive response” forced the Russian president to retaliate harshly after the Nov. 24 shoot-down that started the crisis, he said, and Putin could not back down “without a clear ‘mea culpa’ from Erdogan, or at least something that could be interpreted as such.” Erdogan’s letter provided exactly that.

From this perspective, both Putin and Erdogan are likely to want an accelerated return to cooperation, though political necessity will require caution and unresolved differences will impose their own limits. As Lukyanov puts it, Putin is “very willing to restore” Russian-Turkish relations to their previous level, because “he really believes that Turkey is exceptionally important for development in the whole Eurasia.” Eurasia’s security, which requires economic development, and Russia’s role in it, has consistently been among Putin’s top foreign policy goals.

In practical terms, Putin has already issued a decree ordering the Russian government to begin consultations with Turkey on normalizing relations. Russian Foreign Minister Sergey Lavrov met his Turkish counterpart Mevlut Cavusoglu during a ministerial conference of the Black Sea Economic Cooperation Organization on July 1 and reiterated Putin’s instructions. Lavrov also emphasized that despite disagreements on some of “the most complicated issues” such as “the need to curb supplies to terrorists in Syria and prevent the use of Turkish territory for supporting terrorist organizations in Syria,” the two governments agree that Syrian rebel groups that do not withdraw from “terrorist-controlled areas … will be regarded de facto as accomplices of Jabhat al-Nusra and [the Islamic State].” And he went out of his way to make clear that this stands in contrast with Washington’s insistence that some of the groups in these areas are not “terrorists.”

There are certainly no guarantees in the complex Russian-Turkish relationship, but Moscow appears to have turned 180 degrees — or at least 170 degrees — in its contacts with Erdogan. The next few months merit close scrutiny.