Iranian officials are urging patience in seeing the full results of the comprehensive nuclear deal. 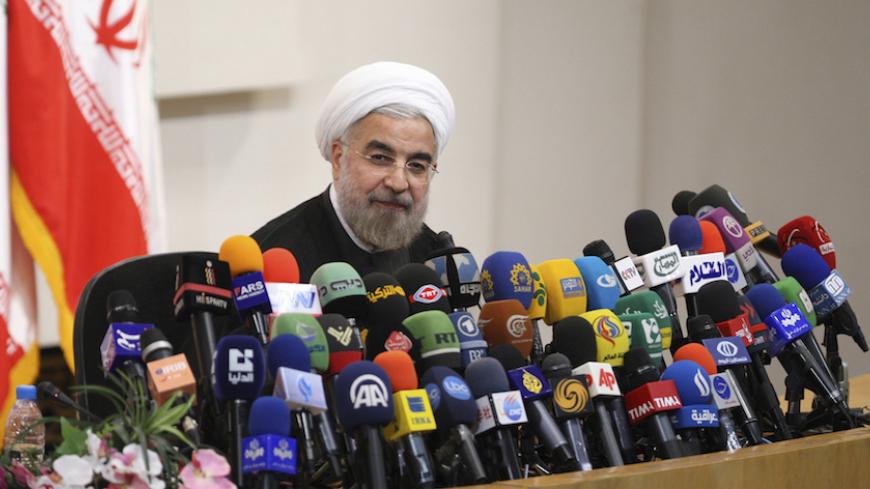 One year after agreement on the comprehensive nuclear deal between Iran and the six world powers and six months after its implementation, many Iranians are still not feeling the economic benefits of the lifting of sanctions. With presidential elections less than a year away, officials from the administration of President Hassan Rouhani are in the uncomfortable position of having to continue to sell the benefits of the deal to an Iranian public that is increasingly distrustful of US intentions to hold up its end of the agreement.

Deputy Foreign Minister Abbas Aragchi, a top nuclear negotiator who now heads the staff overseeing implementation of the nuclear deal, sat down with Iranian television July 11 to update the public on the status of the deal.

Ongoing US sanctions on Iran that prohibit international investors from using the dollar for transactions with it are one of the main obstacles keeping Iran from taking advantage of the nuclear deal and international sanctions relief. These banking sanctions have created reservations among many foreign companies eager to do business with Iran. Aragchi explained that they are primary sanctions — that is, ones unrelated to the nuclear deal.

Aragchi said that although the central bank of Iran had told Iranian nuclear negotiators that this was an important issue that needed to be addressed, the Americans did not agree to lift the banking sanctions. Aragchi also remarked that if Iran were to negotiate on these sanctions, it would have to offer additional concessions. Citing US court rulings confiscating billions of dollars belonging to Iran, Aragchi said Iran would prefer to remain outside the US dollar system.

Aragchi also explained that Iran’s oil exports have increased dramatically as the result of the nuclear deal, but he urged patience in seeing other benefits. “The economy will not return to its original place overnight,” he said. “No one expects our oil sales to go from 1 million [barrels of oil] to 2.5 million overnight. Our customers have left and have found other people.”

According to Aragchi, Iran is currently selling 2 million barrels of oil a day, 500,000 barrels below previous levels. “This will take time,” he cautioned, comparing it to reconstruction after the Iran-Iraq War, which required months and years.

Not everyone was satisfied with Aragchi’s explanations. The conservative Raja News website referred to the interview as “Aragchi’s 75-minute tiring and repetitive justifications.” Conservative analyst Foad Izadi criticized the fact that the nuclear negotiators responsible for signing the deal are also the people responsible for overseeing its implementation, claiming that it is natural that they would try to justify any shortcomings.

Fars News contrasted Aragchi’s statement that the deal never envisioned that all the sanctions would be removed to comments made by Rouhani that all sanctions would be lifted. A number of websites also translated an article by Reuters describing attempts by American lawmakers to continue to attempt to derail the nuclear deal by passing legislation against Iran.

Even the head of the Atomic Energy Organization of Iran, Ali Akbar Salehi, who is responsible for the technical aspects of implementing the nuclear deal and was chief technical negotiator, has been publicly critical of the banking issue and has traded gibes with the president, much to the delight of conservative media.

Despite the slow progress and constant criticism by conservative media, Reformist media have been upbeat about the one-year anniversary. An article in the Etemaad Newspaper compared domestic critics of the deal to “warmongers in America and Israel.” It stated that a “realistic assessment of the nuclear deal” would help in having a more accurate understanding of it. It further said that no one had claimed that Iran’s enemies would retreat on every front, and indeed, some of the countries party to the nuclear deal are enemies of Iran, so sabotage is to be expected. It also noted, however, that no one can deny that Iran’s right to enrich uranium was recognized and that sanctions were removed as a result of the deal.