Hamas has accepted to participate in the local elections that the Palestinian government announced to be held in October, but some observers believe the current division might obstruct said elections. 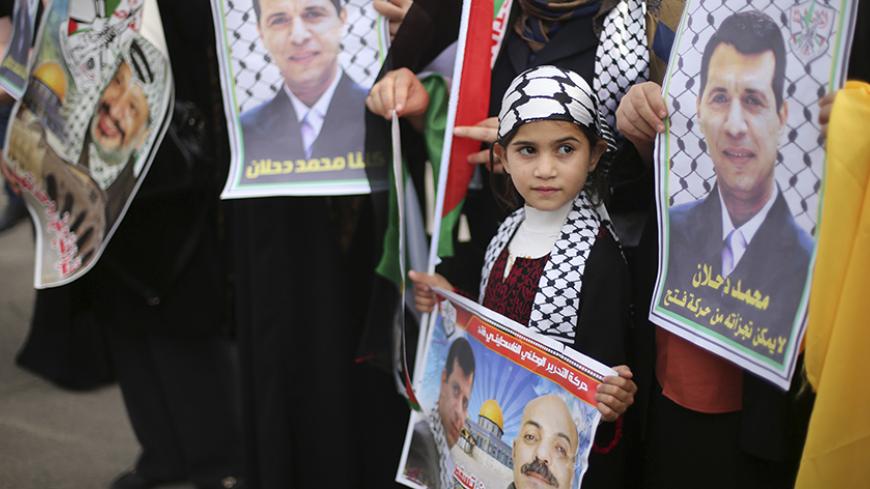 GAZA CITY, Gaza Strip — The Hamas movement agreed to hold local elections in the Gaza Strip for the first time since its takeover in 2007. The Palestinian government, headed by Rami Hamdallah, issued a decree June 21 to organize the elections on Oct. 8 in both the West Bank and the Gaza Strip.

The elections will be held in 416 local bodies at once; 25 are located in Gaza and the other 391, which include 275 village councils, in the West Bank.

In this context, Hamas issued a press statement July 15, saying, “Hamas is keen to fix the Palestinian situation, consolidate the principle of partnership and assume national responsibility in this delicate phase and this national cause that our people are going through. Therefore, the movement believes it is essential to hold local elections and renew the bodies in the West Bank and Gaza based on the free will of the people, i.e., through the ballot box that leads to the development and improvement of the services provided to the Palestinian people.”

The statement continued, “The movement will work to facilitate the conduct of the elections and ensure their success in a bid to serve the interests of our people and our cause all the while guaranteeing fairness, equal opportunities and respect for the results of these elections.”

In its statement, Hamas did not indicate its intention to participate in the elections. However, Hamas’ political bureau member Khalil al-Hayya said in a speech he delivered during a ceremony in Gaza City July 20, “We have clearly announced that we will take part in the local council elections in Gaza and the West Bank no matter the circumstances. We will work on ensuring the success of these elections, and we hope [the elections] will also be secured in the West Bank.”

Hayya explained the reason behind Hamas’ approval to conduct and participate in the elections, saying, “These elections are local and aimed at serving a cause, so let us put all our efforts and dedication to serve our community and prioritize partnership.”

He said that his movement “agreed to hold elections to protect the interests of the people and respond to their aspirations, and to defy all those who had said that Hamas did not believe in and did not want elections.”

Palestinians, however, are skeptical of the possibility that local elections will be held on time amid the Palestinian political division between the West Bank and Gaza, Hamas' takeover of the Gaza Strip and the lack of trust between political adversaries.

A Hamas leader confirmed his movement’s desire to conduct local elections in the West Bank and Gaza. He told Al-Monitor on condition of anonymity that the decision was serious, and not a political maneuver, saying, “We were surprised by the Palestinian government's decision to hold elections. But following internal consultations, the movement decided to approve the holding of these elections and fully take part in them, so it announced its decision and informed the Central Elections Commission in order for it to proceed with the technical preparations.”

The source added, “The consultations included the institutions of the movement in the Gaza Strip, the West Bank and abroad. Following examination, the movement's leadership concluded that the elections can prove Hamas’ popularity in all of the Palestinian cities."

In the general elections that were held in January 2006, Hamas won most of the votes in Gaza, the West Bank and Jerusalem, receiving 74 parliament seats out of 132. But the movement's experience in governance, its control of the Gaza Strip and the Israeli blockade ever since are factors that have affected its popularity among the Palestinians.

“The elections would be politically and economically positive, as the new generation of youth within the movement would be reactivated. There will be also an economic recovery [with the jobs the campaign will generate] in the Gaza Strip, which will be of benefit to the Palestinians in light of the existing economic recession that resulted from the blockade and the lack of employment opportunities. We are also sure that Hamas will win in the elections, regardless of the proportion of votes,” he said.

He added, “Hamas secretly conducted its own opinion polls to check the public mood in the Palestinian street, and the results showed that the movement was ahead of Fatah.” However, he offered no figures in this regard.

Ibrahim told Al-Monitor, “Hamas could not refuse the holding of the elections, being the one calling for legislative and presidential elections. The movement is betting on the organizational weaknesses of the Fatah movement, knowing that it [Hamas] has a wide popularity in the Gaza Strip and the West Bank.”

He added, “According to the electoral list system, the coefficient or electoral quotient — which is the minimum that any list should get from total votes to be able to get seats in a council and is equivalent to 8% — will benefit the Hamas and Fatah movements being the biggest movements, while the left forces and the independent lists will be negatively affected by this high rate.”

The Fatah movement is suffering from internal divisions as a result of the conflict between Palestinian President Mahmoud Abbas and dismissed Fatah leader Mohammed Dahlan, who enjoys wide popularity in Gaza.

Member of the Fatah Central Committee Nabil Shaath expressed concerns in an interview July 20 with Donia al-Watan website, as he said, “Fatah is legitimate, and no subsidiary organizations should be allowed [to separate from Fatah], conspire against it or encourage the election of competitors. There is a committee within Fatah tasked with controlling and verifying such incidents. All those who are accused of dissidence or cooperation with Hamas or those who are violating Fatah’s laws should be stripped of their [Fatah] membership.”

Asked about the possibility of an alliance with Dahlan for the formation of joint lists or the exchange of support for electoral lists, the Hamas source said, “There are no taboos in politics.” 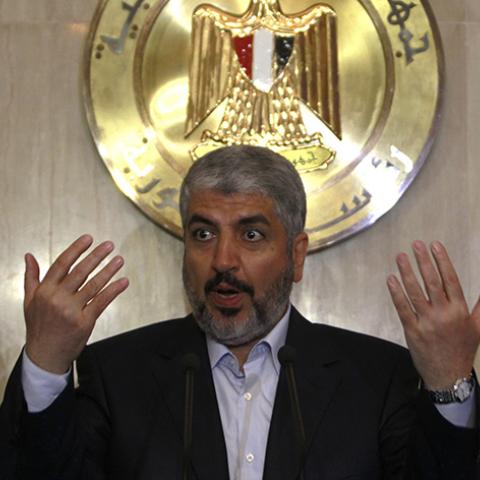