Hamas is lambasted for appointing municipality presidents without holding elections in the Gaza Strip. 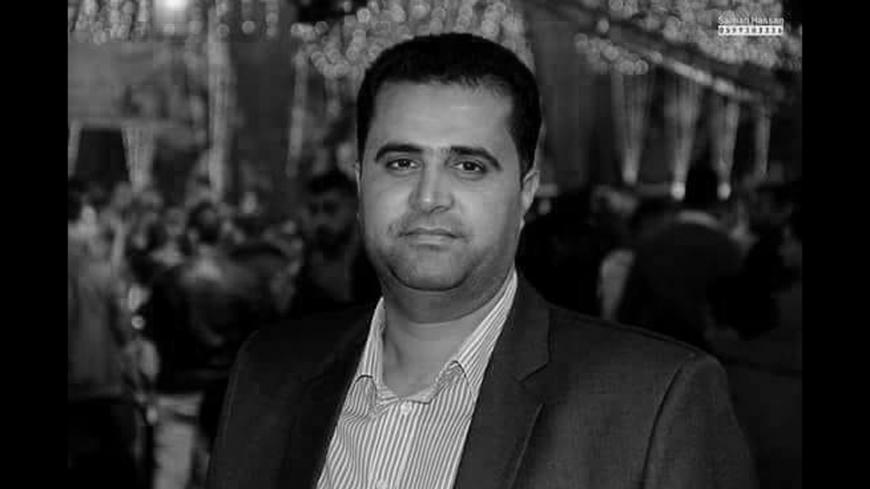 Anwar al-Shaer, whom Hamas has chosen to be the head of the municipality of Rafah, seen in a photo uploaded Feb. 8, 2018. - Facebook/Dr. Anwar Hamdan

GAZA CITY, Gaza Strip — Without holding elections, Hamas appointed on Oct. 26 a new head of the municipality in the Rafah governorate in the southern Gaza Strip. This prompted a wave of condemnation and rejections by Palestinian factions and civil society institutions in the Strip.

In a Facebook statement Oct. 26, the Rafah municipality said that “dignitaries and elites from the city of Rafah agreed to choose Anwar al-Shaer as the head of the municipality, succeeding Subhi Abu Radwan, during a meeting organized by the municipality and the Ministry of Local Government held on the same day.”

“I was chosen as a new president at the request of the Ministry of Local Government to renew the municipal councils,” Shaer, who was former deputy dean of the faculty of Sharia and law at the Islamic University in Gaza, said in a statement Oct. 27 to the local al-Watan Voice website.

He said he wished his appointment would not provoke controversy on the Palestinian street, stressing he would not place any obstacle to any future attempt to hold local elections and he would be committed to their results.

Ibrahim Radwan, undersecretary of the Hamas-affiliated Ministry of Local Government in Gaza, said in the meeting, “In the absence of the possibility of holding elections for local bodies in the Gaza Strip, the ministry consulted with the community elites and dignitaries to select a municipality president in a bid to strengthen the community partnership.”

The last local elections in Palestine were held in the West Bank only on May 13, 2016. Hamas refused to hold them in Gaza without achieving reconciliation.

Hamas' appointment of a new head of municipality outside the framework of elections is not the first time this has occurred. On July 27, Yahya al-Siraj was appointed as the new head of the municipality of the Gaza governorate. Siraj previously served as the dean of the University College of Applied Sciences founded by Hamas in 2007.

Al-Monitor learned from a well-informed source in the Hamas movement who asked to remain anonymous that Hamas has recently formed popular committees from all of the governorates of the Gaza Strip, which are headed by personalities close to the movement to elect new presidents of municipalities. This has happened in cooperation with the Ministry of Local Government in Gaza in order to improve services provided to citizens, according to the source.

The source said the next few weeks will see the appointment of two new presidents of municipalities for Deir al-Balah and in the center of the Gaza Strip and Jabalia in the north. After that, new presidents will be selected for the rest of the coastal enclave’s municipalities, numbering 25.

According to Article 9 of Local Authorities Law No. 1 of 1997, the term of the elected municipal council is four years starting from the date of assuming duties.

The anonymous Hamas source said the last local elections were held in the Gaza Strip in 2005. After that, there were no elections because of the split of the Palestinian government in 2007.

“Thus, changing the heads of municipalities and municipal councils in the Gaza Strip comes in line with the Palestinian law,” the source said.

Regarding the criteria for selecting new municipality presidents, the source said, “The popular committees — which were formed to select presidents — place competence, professionalism and academic credentials at the top of the criteria, as well as the need for the presidents to uphold sound social ties with the residents.”

Hanna Nasser, head of the Central Election Commission (CEC), visited the Gaza Strip Oct. 28 at the request of Palestinian President Mahmoud Abbas to hold consultations with Palestinian factions in a bid to prepare for general presidential and parliamentary elections that have not been held since 2006 in the coastal enclave.

Hamas welcomed this step and expressed its willingness to participate in the elections.

Fatah Secretary-General in the Rafah governorate Jalal Sheik Eid told Al-Monitor the fact that Hamas appointed a new head of the Rafah municipality without elections “shows a contradiction in its statements regarding its position on the elections.”

Eid considered this appointment to be “void and null and a violation of the rights of 120,000 citizens making up the population of Rafah and who have the right to vote in accordance with transparent and fair procedures.”

Member of the Popular Front for the Liberation of Palestine political bureau Kayed al-Ghoul told Al-Monitor Hamas’ appointment of new municipality presidents is “not acceptable and circumvents the democratic process.”

Ghoul called on Hamas to retract from this measure “in order to create a positive atmosphere for the CEC efforts to hold democratic general elections.”

Talal Abu Zarifa, member of the Democratic Front for the Liberation of Palestine politburo, told Al-Monitor, “Selecting new presidents cuts the road for other skilled individuals who are able to revamp and overhaul the municipality systems. This could adversely affect the level of services delivered to citizens.”

Abu Zarifa called on Hamas and Fatah to keep municipal institutions and trade unions away from political rivalries resulting from the ongoing Palestinian division. He stressed the need to hold elections as a tool to rebuild all Palestinian state institutions.

Talal Okal, member of the General Assembly of the Coalition for Accountability and Integrity – AMAN in the Gaza Strip, rejected Hamas' decision.

“Hamas appointed a new president of the Rafah municipality via popular committees it had formed away from the framework of elections. This is not one single case. This is Hamas' approach to choose some individuals through what is known as Shura, meaning giving a narrow circle of people to choose who would represent the community instead of resorting to democratic elections, which give the public the right to choose their representatives.”