Why Turkey is striking out on the diplomatic field

Despite some diplomatic gestures by President Recep Tayyip Erdogan and his new prime minister, it appears Turkey's isolation and desperation in foreign policy will continue. 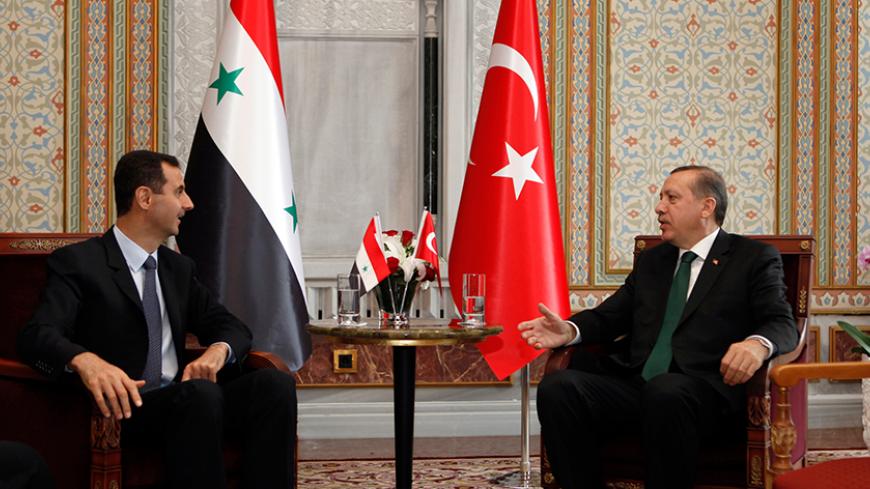 President Recep Tayyip Erdogan and Binali Yildirim, his new handpicked prime minister, aren't ready to concede any mistakes in foreign policy, but appear determined to rescue Turkey from its increasing political and diplomatic isolation in the international arena.

One way to break Turkey's shell of isolation would be to place the blame for its seclusion tactfully on former Prime Minister Ahmet Davutoglu, who until recently was the architect of Turkey’s foreign policy during Justice and Development Party rule. Turkey is now keen to repair its relations with a number of countries, including Israel, Egypt, Russia and Syria.

The quest to restore relations with Israel started quite a while ago. Turkish Foreign Ministry Undersecretary Feridun Sinirlioglu, a former ambassador to Tel Aviv, was at the center of secret negotiations held with his Israeli counterparts. Despite some signals that the two sides are very close to a breakthrough, nothing tangible has yet come out of the talks.

Yildirim said, “We are coming to a point with Israel. They are also showing [willingness]. There are contacts. It’s not concluded yet, [but] I don’t think it will take long. The determinative thing here is eliminating the isolation of Gaza for humanitarian purposes."

Yildirim also has recently sent conciliatory messages to Russia, Syria and Egypt. Among the four, the latest move was with Russia. “There can’t be any permanent enmities between these countries encircling the Black Sea and the Mediterranean. An incident happened with Russia," Yildirim said, referring to Turkey shooting down a Russian jet in November. "We, of course, won’t allow the violations of our sovereign rights. However, it’s not wise to focus on a single incident. We need to look at the bigger picture. There is no animosity between our peoples. It’s possible to return to the old days and even take [relations] further.”

After underlining that diplomatic channels are open, Yildirim said Erdogan "has shown his will." He added, "Russia showed will too. It will be settled after this point."

Erdogan sent a congratulatory message to Putin on June 12, marking the anniversary of Russia's independence day and asking for improvement in their bilateral relations. In the message, Erdogan wrote, "I hope relations between Turkey and Russia will reach the levels they deserve.”

His loyalists were quick to declare that the letter brought about “immediate improvement" in relations. One of Erdogan’s mouthpieces, the daily Takvim, claimed in a June 16 headline that Putin even backtracked from his negative stance regarding Turkey.

However, veteran journalist Abdulhamit Bilici, former editor-in-chief of the daily Zaman, posted an image of the Takvim story on his Twitter account and wrote mockingly, “The one who backtracked is Erdogan, but the pro-government daily has written just the opposite. Is society aware that it is treated as stupid?!”

And Moscow's official reaction did not confirm the optimism of Turkish sources. A Kremlin statement said bluntly, “There is no need to respond to such letters. Consequently and unfortunately, there was nothing in the content of Erdogan’s letter that deserves a response.”

Russian Foreign Ministry spokeswoman Maria Zakharova said Erdogan's letter to Putin was merely "a simple protocol procedure and there is nothing substantial in the letter." She elaborated, saying that in terms of normalizing relations, Russian officials “do not see any progress on the Turkish side concerning meeting the conditions defined by the Russian side.”

The source of all these statements is the Russian news agency Sputnik.

Therefore, the official Turkish interpretation of the situation — that some progress is being made to repair the crumbling relations — is premature. Erdogan and Yildirim's latest remarks simply met with a Russian rebuff.

Turkey finds itself in such isolation that the Russian side seems to be playing on Ankara's weakness, dictating its terms of any amelioration and displaying patience and confidence that it will emerge the ultimate winner.

Turkey’s desperation is also evident by its relatively low-profile quest to open new channels with the regime of Syrian President Bashar al-Assad.

Ankara would have us believe that Turkey has gone from being the most intransigent foe of Assad’s rule to a “pragmatic neighbor.” Turkey is seeking to open a channel to the power center in Damascus that, until very recently, Turkey seemed to want eradicated.

For Erdogan, the removal of Assad, a onetime close friend, had to be immediate. He had no patience even to link his departure to a timetable. But now we see that a former military intelligence chief of Turkey has been conducting contacts in Damascus for a while. Turkish Foreign Ministry officials are informed about the developments, which they pass along to Erdogan.

Certain details of such contacts have been revealed thanks to an interview published in the daily Haberturk. The chairman of the small pro-military Homeland Party, who is behind the initiative with Damascus, said, “Assad is ready to be friends again with Turkey if terrorists stop being exported to Syria from Turkey. Assad sees the United States as the power [that would] divide Syria and the PYD as its pawn.” The PYD is the US-supported Kurdish nationalist Democratic Union Party.

From that wording, it is not difficult to assume that the attitude toward Kurdish self-rule in Syria could serve as the lowest common denominator that could bring Ankara and Damascus together. Actually, Turkish Deputy Prime Minister Numan Kurtulmus has said relations between Turkey and Syria will improve out of necessity.

A statement by Yildirim confirms what had been relatively speculative news and observations. “We are seeing an effort to open a corridor that connects to the Mediterranean from Iraq and Syria’s north. It’s an intention that moves forward with [Kurdish] cantons. Turkey has sensitivities on the subject. We won’t allow a fait accompli. Our [concern is] not the local terrorist organizations. It’s the coalition forces and the United States. Syria’s territorial integrity is important for us,” he said.

We are back at square one. What drives Turkey’s Syria policy is Kurdophobia and its mistrust of Washington's relations with the Syrian Kurds.

On the possibility of improved relations with Damascus, one should be prudent. As with Moscow, there is not much to support optimism because Erdogan’s Turkey is in no position to meet Assad’s conditions. “Not exporting terrorists into Syria” means Erdogan should stop supporting the mostly Salafi-Sunni Syrian opposition.

That is synonymous with Turkey tearing up and throwing away the most — if not the only — effective card it holds in its Syria policy.

It's also synonymous with remaining helpless against the perceived American-Kurdish cooperation in northern Syria.

It seems isolation and desperation in Turkey's foreign policy will continue in a vicious circle for the foreseeable future.