Is Russia readying for the kill in Syria?

Russia is likely preparing for a major assault on Jabhat al-Nusra and affiliated groups in Aleppo and elsewhere in Syria. 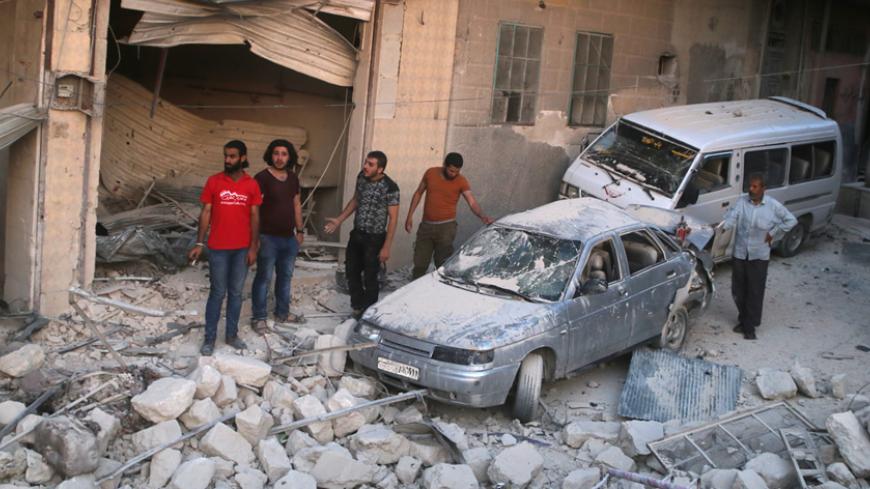 Russia may be preparing to back a renewed assault by Syrian government forces to retake Aleppo, and perhaps even Raqqa, from Jabhat al-Nusra and allied groups in the coming weeks.

Mohammad Ballout wrote, in Al-Monitor's partner publication As-Safir, “The Russians will put their Sukhoi fighter jets to the test and bet on direct ground offensives to weaken rather than defeat Syrian armed factions. It should be noted that isolating Jabhat al-Nusra from other armed factions, which is a difficult and complicated objective, would strike a painful blow to those factions since Jabhat al-Nusra’s military and ideological might form the backbone around which those factions unite.”

The United States has found itself conflicted between, on the one hand, its partnership with Russia, which has led to an unprecedented — if fragile — cessation of hostilities and renewed — if tentative — intra-Syrian talks, and on the other hand its regional partners, which are loath to rein in their proxies with President Bashar al-Assad still in power, even if those proxies run with Jabhat al-Nusra.

This column supported the United States taking up the Russian offer to coordinate its military attacks on Jabhat al-Nusra and the Islamic State (IS), while sorting out those groups that should be spared from the seemingly imminent Russian and Syrian offensive. Our view is that such an agreement would be a blow to those terrorist groups, and a way of putting Russia on notice regarding its targeting of opposition groups backed by the United States.

But Russia's patience has appeared to wear thin, and its next move might include Raqqa as well as Aleppo, according to Ballout. Vitaly Naumkin writes, “The United States is also hoping to avoid a situation in which Raqqa would be freed by the Syrian army with the help of Shiite militants from Arab countries, along with Russian air support. Russia knows that it would be unacceptable for its American partners in combat against IS if Damascus established its control over the territories freed from IS. In other words, Americans prefer the Kurds (as well as Assyrians, Arab groups, Armenians and Turkmens) over the Syrian army. However, as an anonymous senior source from the Kurdish People's Protection Units told Al-Monitor, that part of the Kurdish movement is not going to abandon its objective of unifying the three Kurdish cantons for the sake of capturing Raqqa. Meanwhile, the Russian Ministry of Foreign Affairs stated, 'Moscow is willing to coordinate its efforts with the US-led coalition and Kurdish militia in Syria for the purpose of freeing Raqqa.'”

As we reported last week, the United States has struggled to appease Turkey's alarm about the disproportionate role of the People's Protection Units (YPG) in the Syrian Defense Forces (SDF), despite the YPG, and by extension the SDF, being the most effective ground force in Syria battling IS. Turkish-backed Syrian opposition groups have suffered a series of recent setbacks against IS. Semih Idiz writes this week that “the ultimate dilemma for Turkey, however, is the fact that it has ended up in what appears to be an ineffectual situation in Syria, even though it is one of the countries bearing the biggest brunt from this crisis.”

There is an obtuse argument in some Washington circles that the collaboration of some of these groups with al-Qaeda requires the United States to make an even more substantial commitment to back opposition forces. According to this rationale, those groups on the fence in aligning with Jabhat al-Nusra would not do so if only the United States would display an even more substantial commitment to toppling Assad. Those proposing this giant step on the slippery slope of escalation suggest that a heightened US commitment would somehow make everything better, rather than scuttling the fragile gains of the US-Russia collaboration and prolonging the suffering of the Syrian people, which seems to us a more likely outcome.

Such argumentation reflects a long-standing misunderstanding about Syria, including an unnerving sectarian bias and agenda. We do not feel the need to fill the page reminding our readers of the record and intentions of al-Qaeda, and how Jabhat al-Nusra is helping the terrorist organization regain its footing as a center of international jihad. We have warned since December 2013 that the mainstreaming of Salafi and jihadi groups among the armed Syrian opposition would be a disaster for Syria. Their heavy role among the armed groups is the result of foreign interests seeking to keep a sectarian edge to a conflict that began five years ago as a popular demand for secular and democratic reform, not Islamic rule. The Syrian uprising of 2011 is not served by making a place for jihadis and Salafists who can easily slide in and out of alliance with al-Qaeda. And to sharpen the point, these groups run with al-Qaeda not because the United States has not done enough to show its mettle in the Syrian sectarian crusade against Assad, but because they are cut from the same cloth — a commitment to Sharia rule, sectarian governance and hatred and persecution of minorities — as their al-Qaeda brothers-in-jihad.

On that score, some in the mainstream media reported the resignation of chief opposition negotiator Mohammed Alloush from the High Negotiations Committee of the Syrian opposition with little or no mention that Alloush represents Jaish al-Islam, which is among the most notorious and radical jihadi movements. We refer you here to the definitive piece by Ali Mamouri on the ideology of the late Jaish al-Islam leader Zahran Alloush, who was killed in an airstrike in Syria on Dec. 25, 2015. This column reported in April on the UN investigation into the alleged use of chlorine or chemical weapons by Jaish al-Islam against Kurdish groups in Aleppo in April, in addition to our ongoing coverage of violations of the cessation of hostilities by Ahrar al-Sham, Jaish al-Islam and other armed groups, sometimes in coordination with Jabhat al-Nusra. In the past week, the Russian Ministry of Defense has documented repeated cease-fire violations by Jaish al-Islam, and that Jabhat al-Nusra and Ahrar al-Sham have again collaborated in attacks on Sheikh Maksoud in northern Aleppo. The Institute for the Study of War reported that Jabhat al-Nusra, Ahrar al-Sham and other armed groups attacked Dirkhabiyah on May 26.

This column has focused since November 2015 on the battle of Aleppo as possibly the beginning of the end in the Syria war. In January, we wrote, “The give and take over which opposition parties and individuals are represented in the peace talks may in the end be a sideshow for the real trend in Syria, which is the progress of the Syrian army, backed by Russia and Iran, in retaking territory from the Islamic State (IS), Jabhat al-Nusra and other armed groups. … A Syrian government victory in Aleppo could be the beginning of the end of the sectarian mindset that would have been alien to the city prior to 2011.”

The United States should coordinate its military operations with Russia to bring about an endgame in Aleppo and throughout Syria; avoid sectarian biases and entanglements that have ripped Syria apart; and discard, for good, confused arguments and advocacy that call for accommodation with al-Qaeda fellow travelers. 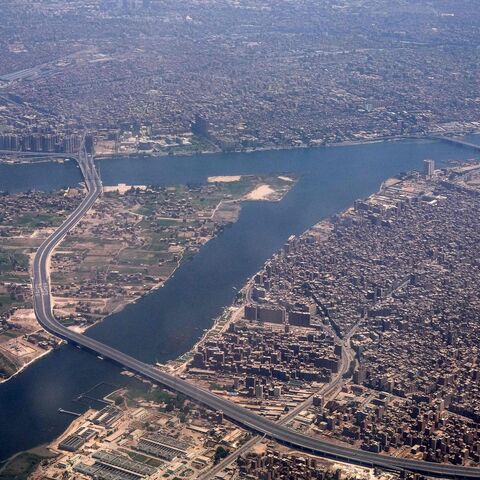