The Khodr Monastery, which dates back to the Byzantine period, is being restored into a children’s library. 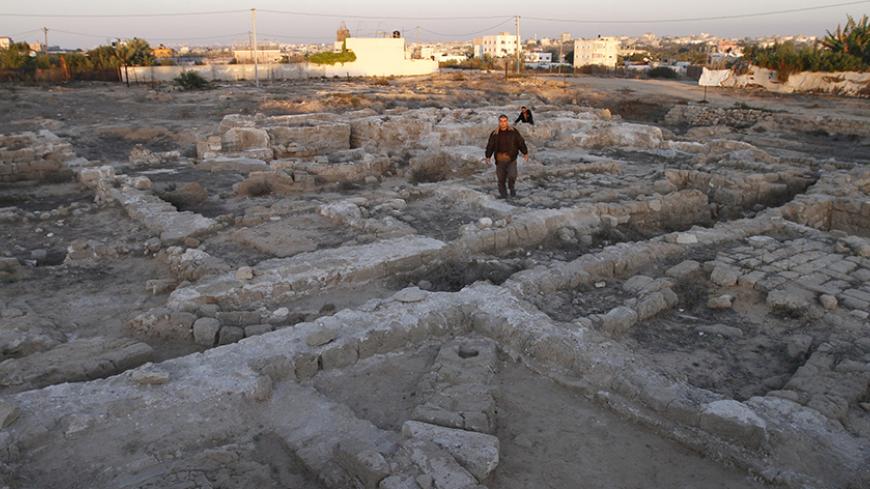 A picture taken shows the archaeological site of the St. Hilarion Monastery, part of the El-Khodr Shrine, in Deir al-Balah in the central Gaza Strip, Dec. 1, 2010. - MOHAMMED ABED/AFP/Getty Images

DEIR AL-BALAH, Gaza Strip — El-Khodr Shrine, which is also known as the Khodr Monastery and St. Hilarius Monastery, is situated just 200 meters (0.1 mile) south of the Deir al-Balah city center. The director general of antiquities and cultural heritage at the Ministry of Tourism, Jamal Abu Rayda, told Al-Monitor that archaeological studies confirmed that at the bottom of this site is situated the monastery of St. Hilarius, which dates back to the third century and is considered one of the oldest that still exists in Palestine.

Since the Islamic conquest and after the Christians abandoned the monastery, it has served as a mosque for Muslims.

The house of Yusuf Ismail overlooks the shrine directly. He told Al-Monitor, "People used to come to the site from all regions of Palestine and offer sacrifices and oblations on its doors in search of livelihood or healing because the shrine is considered sacred. To Muslims, Khodr is the righteous servant of God who accompanied the Prophet Moses in his journey as stated in the Quran."

Ismail said that before the start of the restoration works a woman called Umm Talaat used to live and guard the monastery since in the 1970s. She considered herself to be its guardian, claiming to be an intermediary between the people and Khodr. She used to ask people to pay money that she claimed was intended for the site’s servants who only she could see. Ismail insinuated that her claims were false. Umm Talaat, whom Ismail knows in person, left the shrine when she was in her 90s.

He added, “The neglect by the Ministry of Tourism and Antiquities as well as the municipality is the main factor why such beliefs have spread among the people."

The historical narrative, which Al-Monitor learned from the Ministry of Tourism and Antiquities, relates that the name of the site is attributed to St. George, or Khodr in Arabic, and not to Wali al-Salih al-Khodr mentioned in the Quran, as popularized among the population.

Ismail said he was happy to see the site restored and turned into a children’s library, emphasizing that this does not detract from the site’s historical, archaeological and religious stature.

Abu Rayda said the site is located in the center of Deir al-Balah and consists of two floors. It represents a unique case linking Christian heritage to Islamic heritage in one place, as the basement dates back to the Byzantine rule of Palestine (395-636), while the first floor was a prayer place for Muslims and was built at the start of the Islamic conquest of Palestine (638-1918).

Abu Rayda attributed the presence of an Islamic prayer place atop a Christian sanctuary to the decreasing number of Christians in the city who abandoned the sanctuary.

In regard to the site’s restoration, which will take three months, Abu Rayda said the announcement to start the restoration took place in mid-March with UNESCO funding of $60,000, under the supervision of the Riwaq Center for Architectural Conservation in Ramallah, the Iwan Center for Architecture Heritage in Gaza and in collaboration with the Nawa Association, which will run the children’s library. The latter signed a five-year lease with the Ministry of Tourism. Following the announcement, reconstruction work started for a few days, before it was halted for a month due to the lack of necessary construction materials.

Abu Rayda said that the ministry's approval to transform the monastery into a children's library is intended to have a positive effect on those living nearby. In the past, neighbors believed that the shrine may have beneficial effects or cause harm; a library will be more beneficial to the community. According to him, the ministry is trying to network with relevant institutions to obtain the necessary materials, because the ministry does not have the building materials and logistical capabilities nor a special budget for restoration projects. He said that the ministry requires the institution to restore the landmark in full before signing a lease contract.

He added, "The restoration materials are expensive because they are not regular building materials; rather, they are natural materials such as clay and natural stones that are especially suited given the historical era of the site. The material is also rare and not available because the Israeli occupation prevents its entry."

The project coordinator at the IWAN Center for Architectural Conservation, Nashwa al-Ramlawi, told Al-Monitor that the choice of the shrine for restoration was based on two criteria: the paucity of archaeological sites in Deir al-Balah, and the historical and religious values of the shrine.

Ramlawi said, "The primary goal of the restoration is to preserve the architectural heritage in the sector, to raise awareness about the importance of the historical, cultural, civilizational and aesthetic value of these archaeological sites, and to train experts in restoration work through practical applications."

She emphasized that the standards used in restoration are internationally recognized standards, indicating that the shrine is architecturally distinguished by prominent arches, domes, Corinthian crowns and marble columns.

Even though the site is built with natural materials like stone, sandy clay and limestone, the construction style of the basement is quite different from that of the upper floor. This is because the two floors were built in different time periods.

Regarding the materials used in the restoration, Ramlawi said that they are natural materials such as "clay, white cement, coal, sand, natural stone and distilled water." Hence, the project was halted last month when the Israeli authorities blocked the entry of construction materials.

She added, "We are facing many difficulties due to lack of specialized competencies in restoration work and the lack of projects that deal with archaeological sites, because most projects in the sector are relief and development projects."

Ramlawi further explained that the structural problems of the archaeological sites in the sector — involving high moisture, salt, cracks and leaks — are leading to structural fracturing and the collapse of part of the building's structure.

The Khodr Monastery in Deir al-Balah is one of two monasteries in the Gaza Strip, the other being St. Hilarion Monastery in the Nuseirat refugee camp. Gaza is also home to two churches, namely the Church of Saint Porphyrius in Zeitoun neighborhood and the Byzantine church located in Jabalia. 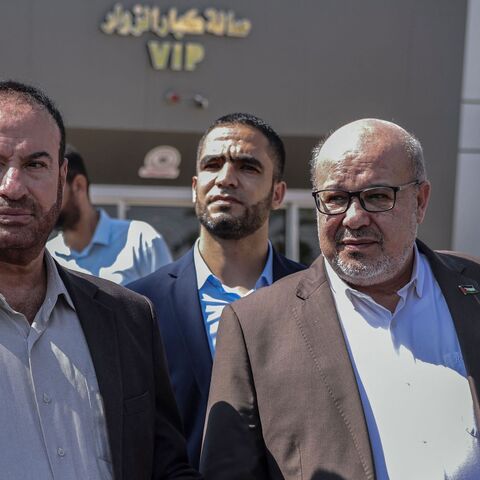 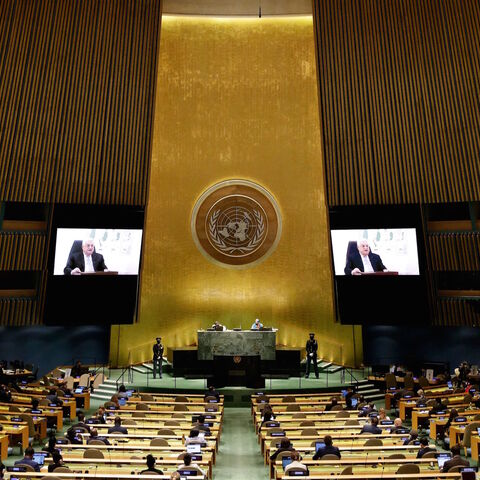