Why so many of Israel's security hawks have become doves

In Israel, many top intelligence and security leaders have grown much more moderate during their service, but the prime minister and his cohorts would rather brand them as leftists than analyze why. 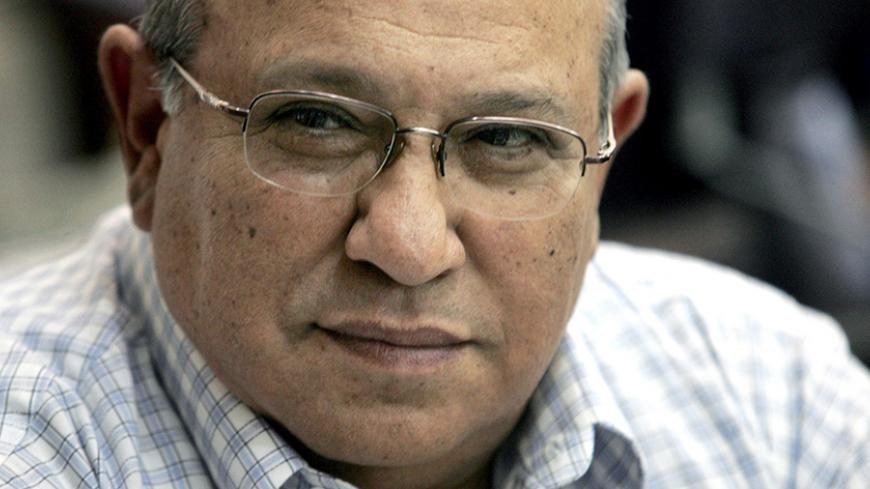 When the chairman of the Likud argued June 25 that serving in the Mossad and the Shin Bet turns their chiefs into leftists, it kicked off a political storm. The public commotion sidelined an opportunity to hold a real and significant discussion of why the Israeli security chiefs have concluded that a peace agreement with the Palestinians will best serve Israeli interests.

Knesset member David Bitan's remarks, which he made in an interview at a cultural event in Beersheba, were a populist counter-response to the harsh criticism former generals Moshe Ya'alon and Ehud Barak directed at the prime minister at the Herzliya conference on June 16.

The chairman of the coalition scored double points: He ingratiated himself to Netanyahu and attacked the leftist generals in a style that will likely only add to his appeal among right-wing voters. Bitan is a veteran Likud operative. For years, he served as the head of the Rishon LeZion Likud branch office before he was elected to the Knesset. He isn’t among the radical, ideological right in the party, but falls in line with what he sees as the prevailing sentiment. In the interview on Saturday he related how Meir Dagan, before he was appointed chief of the Mossad, came to him at the Likud office in Rishon LeZion and sought to run on the party's list for the Knesset.

''Dagan was an extreme rightist when he entered the Mossad, but came out the opposite. … Something happens to you over the years in these positions. I believed it’s a development that happened to them in that job,” said Bitan. In his view, something bad happened during their service. They turn, God help us, “leftists.” Former Shin Bet chief and present Yesh Atid politician Yaakov Peri thought Bitan overstepped and should retract his vitriolic statement, which was meant to mask “paralysis, passivity and a lack of progress in the policy of the government of Israel.”

While Peri is right, his response missed the point. It would have been an excellent opportunity to ask the most pertinent question in this context: Why do so many senior officers who devotedly served the state of Israel for decades, in the most sensitive and critical positions in the security establishment — even those who had a hawkish worldview — moderate politically during their time in the job? Is it logical that so many good people exposed to so much intelligence could be wrong? And what do they discover that causes them to change?

We can safely assume that most leaders of the Shin Bet, Mossad and the Israel Defense Forces (IDF) were not radical right-wingers when they started their service in the various security organizations — not even Dagan, who was the head of the election-day headquarters for former Prime Minister Ariel Sharon in 2002, when he ran for leadership of the Likud.

Dagan, like most chiefs of staff and intelligence heads, was on the center-left politically. Historically, the vast majority of generals who entered politics found their home in Labor. The list is long: former Prime Minister Yitzhak Rabin, former Prime Minister Ehud Barak, and such military leaders as Amnon Lipkin-Shahak, Mordechai Gur, Ami Ayalon, Danny Yatom, Amram Mitzna and others. Outside the party arena, many of them identified and presently identify with diplomatic initiatives.

The Likud has always suffered from a sense of inferiority over the stream of generals that flowed to Labor. That is why Sharon, an IDF general, was the pride of the Likud. Later he was joined by Gen. (res.) Yitzhak Mordechai, former chiefs of staff Shaul Mofaz and Moshe Ya'alon, and former Shin Bet chief Avi Dichter. They commanded great respect and admiration at all Likud field offices because of their pedigrees and were named defense minister at various periods (except for Dichter, who served as minister of public security).

What happened to them later? Sharon led the 2005 disengagement from Gaza and created a new centrist political framework in Kadima. Mofaz and Dichter joined him. Ya'alon, who came from Mapai origins and went the opposite direction to the Likud, left the party in May.

The prize-winning documentary film "The Gatekeepers," which came out in 2012, presented interviews with six former Shin Bet heads: Dichter, Peri, Ayalon, Yuval Diskin, Avraham Shalom and Carmi Gillon. They had seen the occupation at close hand and worked systemically to maintain it. They fought Palestinian terrorism and intifadas — yet in the film, they said that they do not believe in solving the conflict by force. Isn’t there something here to think about and discuss? Should we leave it at Bitan’s insulting generalization that everyone is “leftist,” dismissing their judgment?

The director of the film, Dror Moreh, said in an interview with Haaretz that the idea for "The Gatekeepers" was hatched when he interviewed Dov Weissglass, once Sharon’s chief of staff, for another movie. Weissglass told him that Sharon was greatly influenced by an article that ran in Yedioth Ahronoth in 2003, in which four Shin Bet chiefs warned, “If Sharon continues to run the country as he has until now, Israel will reach a dead end.” Weissglass told Moreh that this article deeply touched Sharon, since the criticism came from inside the system, from the heart of the security establishment, the places that Sharon most respected.

It’s hard not to make a comparison here to Netanyahu, who in recent years has absorbed criticism again and again from senior security establishment figures who served under him. It’s true, sometimes the criticism is hurtful and tainted by politics and personal score-keeping, but sometimes it’s to the point and could at least offer food for thought for the prime minister. Unfortunately, he prefers to label his critics leftists to avoid dealing with the substance of their critiques and to make more political hay.