The man who stopped Bibi from attacking Iran

Former Mossad Chief Meir Dagan passed away this week at the age of 71. He was a man of fearless combat who leaves a legacy of reaching out to Israel's neighbors while promoting a regional arrangement. 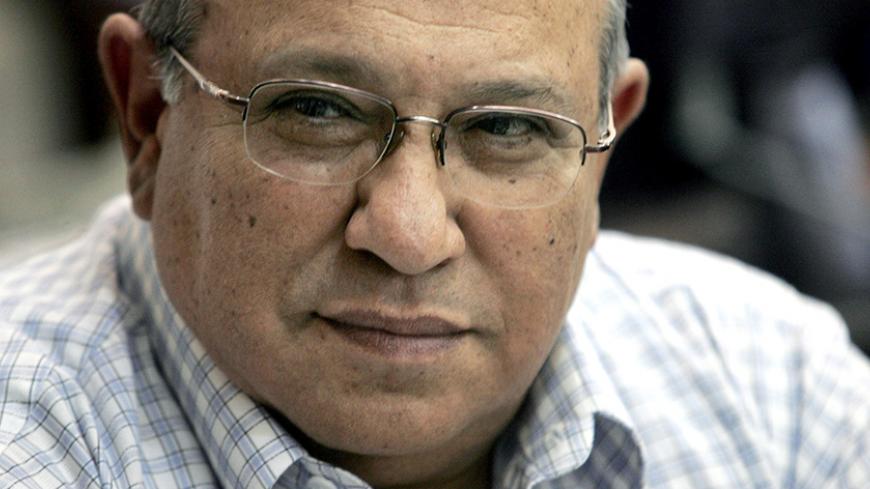 Late Mossad Chief Meir Dagan was a killer. Throughout the entire history of the Israel Defense Forces, there was just a handful of people who shared his same self-control and complete lack of fear. These included former Chief of Staff Rafael (''Raful'') Eitan, legendary paratroop commando Meir Har-Zion and former Knesset member and retired Brig. Gen. Avigdor Kahalani, who almost singlehandedly saved the Golan Heights during the Yom Kippur War in 1973.

Dagan, who died March 17, belongs to that exclusive group of courageous warriors who were raised on the sword, who breathed war and whose bodies bore the scars of the struggle between Jews and Arabs in the Land of Israel, a struggle that has lasted well over a century.

No matter where life took Dagan, he always carried a photo of his elderly grandfather pleading with the Nazis for his life, just seconds before he was shot. As a second-generation survivor of the Holocaust and an icon of Israeli-Jewish rebirth and renewal, Dagan swore that the Holocaust would never happen again and dedicated his life to Israel’s security. From a very young age, he mastered the art of knife fighting and developed unique, blood-curdling skills in everything to do with knife fighting. He used these skills as late as the 1970s, when the Chief of the Southern Command (late Prime Minister) Ariel Sharon ordered him to create the Rimon commando unit. Its purpose was to hunt down and destroy the emerging terrorist cells in the Gaza Strip, where there were already signs of unrest.

Dagan fulfilled his orders to the letter. Instead of sending in fighters, whether in uniform or disguised as Arabs, Dagan led his troops there himself. After disguising himself in the most creative ways, he would ambush the fedayeen (militia) terrorists himself. He was determined, lethal and armed with a knife. The Rimon unit’s activities managed to destroy the terrorist nests and restored relative calm to the Gaza Strip. Like all the lulls that preceded it, however, this calm did not last long. It gave way to more seething discontent, which ultimately deteriorated into the current situation. The Gaza Strip is now a fortified terrorist outpost, armed with thousands of rockets and dozens of terrorist tunnels. In the latter part of his life, Dagan, as others, came to realize that people cannot live by the knife alone, nor can policy be based on the sword only. “Might” alone will not solve anything in the long term, without “mind” to back it up. Dagan recognized that Israel had to defend itself. It had to fight, but it also had to extend a hand in peace and seek fresh opportunities.

Upon his release from the army with the rank of major general, Dagan spent a brief time in politics. His old friend Ariel Sharon appointed him to manage the Likud’s election day in 2001. The election resulted in Sharon defeating Prime Minister Ehud Barak and bringing the Likud back to power. Dagan’s reward should have been the job of his life, a position that Dagan dreamed of every day throughout his entire career. He would be appointed head of the Mossad. But Sharon had second thoughts and spent a long time considering his options before he finally appointed Dagan. The problem was that Dagan had a reputation as an adventurer, eager to jump into any fray without giving it a second thought. Appointing someone like that as director of the Mossad was just asking for trouble.

As Israel’s leading espionage agency, the Mossad can get entangled in an international incident at any given moment, all in the course of its extensive, round-the-clock activities in hostile countries. The director of the Mossad holds one of the most sensitive positions in Israel’s security apparatus. It is also one of the most volatile positions. Officially, he reports directly to the prime minister, but a clever and experienced Mossad chief can obtain the prime minister’s permission for just about any operation, provided he presents it to the boss in the right way.

Yet despite his reservations, Sharon appointed Dagan to the position in 2002. All across the Middle East — and in the West as well — preparations were underway for the worst possible scenario. Sharon already had a reputation for “gobbling up Arabs for breakfast.” Now Dagan was joining him at the top. Nothing good could come of that.

The reality was very different. Dagan turned out to be one of the greatest leaders the Mossad had ever seen in Israel’s history. He upgraded its operational capacities, bringing it into the modern, digital era, with an emphasis on SIGINT (signals intelligence) and cyberwarfare. At the same time, he also took it to unprecedented new heights of operational capacities.

His term was one of the longest in all of Israel’s history. It was eight dizzying years of operations, most of which will never be made public. Operations that did make the news restored the Mossad to its glory days as an organization capable of just about anything. According to foreign press reports, it was the Mossad that first found out about the Syrian nuclear plant being built by Syrian President Bashar al-Assad in Deir ez-Zor. According to foreign reports, Mossad agents even broke into the personal computer of the head of the Syrian nuclear project while it was in his hotel room in Vienna, Austria, in 2007.

Foreign sources also claim that it was the Mossad, together with the CIA, that assassinated Imad Mughniyeh, the brains behind Hezbollah, who had been hunted for years. He was killed in 2008 in the bustling heart of Damascus in a sophisticated operation taken straight from James Bond films.

Foreign reports claim that the Mossad first uncovered the intelligence that led to the assassination of Brig. Gen. Mohammed Suleiman, President Assad’s closest confidante, while he was vacationing at his seaside villa in the Syrian town of Tartous. Snipers operating from the sea shot him from a vast distance.

But Dagan didn’t just focus on the use of force. His years in the Mossad effectively made him Israel’s shadow foreign minister, maintaining a vast network of clandestine relationships with many countries that did not have formal relations with Israel. As one senior minister and member of the Israeli Security Cabinet told Al-Monitor this week on condition of anonymity, “He [Dagan] has more friends in Saudi Arabia than in Israel.”

Dagan recognized the region’s potential and was one of the first people to speak in terms of a “regional arrangement.” He realized that power has its limits and believed that Israel should take advantage of diplomatic opportunities as they presented themselves, rather than fortifying itself behind walls and keeping a distance from its surroundings.

After serving under Prime Ministers Ariel Sharon and Ehud Olmert, with whom he formed a bold friendship, Dagan found himself under Prime Minister Benjamin Netanyahu in 2009. The relationship between these two men deteriorated rapidly, devolving into a very public clash.

Dagan headed the Israeli “task force” to stop the Iranian nuclear program. This task force included the Mossad, Military Intelligence units and other branches of the Israeli security forces. Because of its clandestine operations (according to foreign sources), the Mossad was able to delay the Iranian nuclear project significantly, but it became obvious that it would be impossible to block Iran’s progress over the long term. Together with the other heads of Israel’s security forces (then-Chief of Staff Gabi Ashkenazi, then-Director of the Shin Bet Yuval Diskin and then-Chief of Military Intelligence Amos Yadlin), Dagan stood up to the political leadership, led by Netanyahu and then-Defense Minister Ehud Barak, by categorically opposing an Israeli military assault on Iran.

Upon his retirement, Dagan tried, but failed, to unite Israel’s competing political forces in an effort to remove Netanyahu from the prime minister’s office. By then his body was already ravaged by cancer. A liver transplant that he underwent in Belarus in 2012 succeeded in extending his life by a few years, but it was already clear to him and his friends that he was “playing with time.” “Pretty soon, I will no longer be here,” he told me during one of our last conversations. “I am leaving this world worried. I never feared for the fate of Israel before. I was sure it would survive. Now I am not so sure. The direction the state is taking is dangerous, and I fear for its fate.”