Will the end-times begin at this Iraqi lake?

The hidden water source of Lake Sawa in the desert of the Iraqi province of Muthanna has turned it into a religious, historical tale. 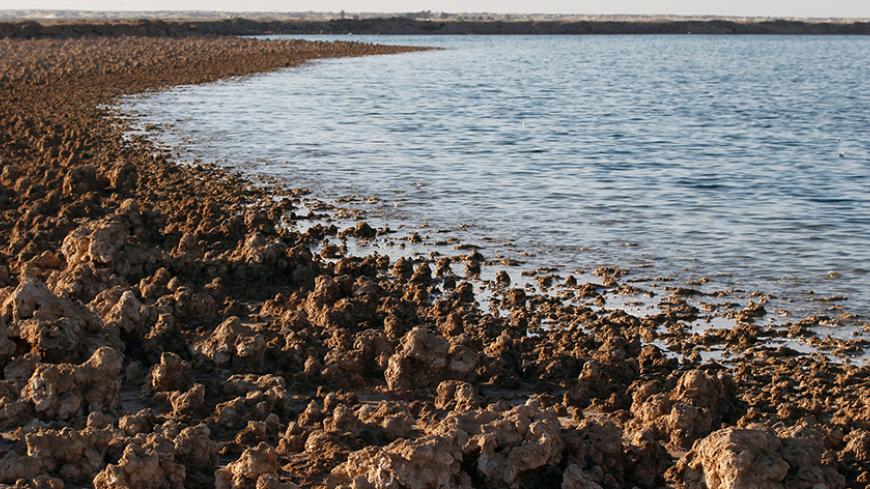 Limestone is seen on the shores of Lake Sawa in Muthanna province, south of Baghdad, Feb. 21, 2013. - REUTERS/Mohammed Ameen

MUTHANNA, Iraq — Lake Sawa in Muthanna province is an unusual oasis in an arid desert, and a mysterious one at that, boasting religious significance and its own version of the Loch Ness Monster.

The salty lake is enclosed, an endorheic basin like the Great Salt Lake in Utah, with no obvious water inlet or outlet. Over time, the area was transformed into a religious site and eventually took on even greater importance to Shiites in the region who believe that when the lake dries out, Imam Mahdi will come to bring justice on Earth and signify that the end of days is near.

Cleric Issam al-Yasiri of Babil, one of Lake Sawa's frequent visitors, spoke to Al-Monitor about what he believes is its history. "This lake is sacred for Muslims who visit it to benefit from its blessings. Its water surfaced on the birthday of Prophet Muhammad in [the year] 571," he said. "Lake visitors should wash their faces with its water and submerge their bodies in it, because this water has been blessed by Allah."

According to Yasiri, this background can be found in Islamic historical tales. "This thousands-of-years-old lake has never dried out despite its desert location. It has no tributary … and rainwater is rare," he said.

Geologist Hamza Hamid from Saladin University told Al-Monitor why the lake has not dried up. "The lake feeds water through a system of 6-meter-deep [20-feet-deep] underground joint cracks and fissures," he said. The lake is able to maintain a balance between water feed and evaporation, though levels can fall significantly during droughts, as it is happening now.

The lake stretches over a surface area of 12.5 square kilometers (almost 5 square miles) and stands at 11 meters (36 feet) above the level of the Euphrates River. During the summer season the average temperature hovers around 47 degrees Celsius (117 degrees Fahrenheit), which is a normal temperature in the hot and dry summers of Iraq.

The lake's shores are elevated as a result of gypsum formations and the water's high salinity. Villagers living close by consume the salt collected from the lake, which attracts various bird species — which in turn attract hunters.

Al-Monitor met bird afficionado Hashim Hussein on the banks of the lake. "There's a diversity of migrant birds in the vicinity of the lake in the summer and spring seasons, such as the little grebe, the stork and the swallow," said Hussein, attributing the bird population to the "abundance of fish in the lake."

The area lacks facilities or services that encourage tourists to extend their stays. Mohammed al-Hashemi, who lives near the lake, confirmed this. "There is no tourist traffic at the lake; no more than a few dozen tourists per month make religious visits … to be blessed with its waters. Also, some are bathing in the saline lake for therapeutic purposes, while others come for hunting or picnics," said Hussein.

In addition to the religious beliefs about the lake, Hashemi mentioned some other popular beliefs. "Some people speak of strange phenomena in the lake. They say that giant water creatures suddenly appear and disappear," he said.

A video posted on YouTube on April 16 shows a strange phenomenon and people speaking of a large, odd creature in the lake. Some believe it is a type of whale.

Despite such attractions, the lake was not turned into a tourist resort. Ali Hussein, a resident of Samawah in Muthanna province, told Al-Monitor, "I have visited the lake for years now, and I have never seen any attention or interest by the concerned authorities, whether the local government or the tourist authorities."

Still, there seems to be a glimmer of hope that the lake might be turned into a tourist facility. On Jan. 16, Muthanna University announced that a delegation from Germany's Free University of Berlin visited the lake to conduct surveys to identify the causes of receding waters and check the geological changes that have taken place over time. The school also plans to study the nature of the desert surrounding the lake.

In a bid to promote interest in the lake, the Central Committee of Ramsar International Convention acknowledged Sept. 15 that Lake Sawa will be considered an international wetland, having met all of the required environmental and hydrological standards.

Considering all this attention, Aamal al-Gharib, a member of the Muthanna provincial council, told Al-Monitor, "The local government has prepared a plan that [potentially] includes the establishment of tourism and service projects in the Sawa region." Funding is to come from the region's budget, including money for paving roads and walkways around the lake and providing electricity lines and water pipes. But because of the economic crisis plaguing the country, the province has not received its allocated budget for more than a year, he said.

"To this end, the local government called on the Muthanna Investment Authority to look for investors to set up projects and request the Ministry of Health and Environment to assist in the revival of the lake and prevent the depletion of its water," Gharib said. "The number of tourists who flock to the lake is estimated at 7,000 a year."

Neglect has taken its toll on the site, with no sign of a touristic recovery in the near term unless contingency plans are drawn up for turning the lake into a site suitable at least for exploratory tours.