Iranian officials have rejected suggestions that a staff reshuffle at the Foreign Ministry means the country’s regional policies are soon to change. 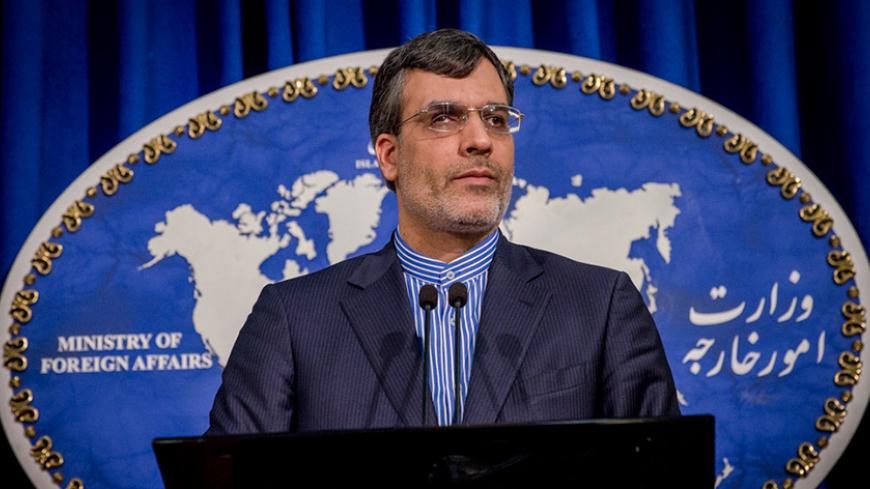 Ansari has a strong background in Arab affairs. Prior to serving as ambassador to Libya from 2005 to 2009, he had been Iran’s envoy to Syria. Moreover, before becoming spokesman in November 2015, Ansari had been the Foreign Ministry’s director general for Arab and African Affairs.

Amir-Abdollahian had served as deputy foreign minister since 2011. His role was boosted after the Arab Spring and became even stronger with the 2013 election of President Hassan Rouhani and the appointment of Zarif as foreign minister, despite rumors of a lack of chemistry between the two men. While Zarif was busy negotiating with the six world powers over Iran's nuclear file, Amir-Abdollahian was roving around the Middle East, from one capital to another, conveying messages from Tehran on various ongoing conflicts. Amir-Abdollahian is fluent in Arabic and English and holds a PhD in international relations. Indeed, alongside his government career, the veteran diplomat, who was born in 1964, lectures at the University of Tehran.

“The reshuffle in the Ministry of Foreign Affairs was decided before the Iranian New Year [March 21, 2016],” an Iranian diplomatic source told Al-Monitor on condition of anonymity. “As for Mr. Abdollahian, the transfer was expected a year ago, but there were several obstacles. Some of them were related to the fact that he had some personal reasons that prevented him from traveling. Even when the appointments were made, he was expected to go to Oman as an ambassador, but he requested to stay in Iran and was thus appointed an adviser to Mr. Zarif.”

According to the source, Amir-Abdollahian’s new role might involve special missions. “The foreign minister will surely make use of Abdollahian’s experience and broad knowledge of the region,” he said. “On certain occasions, he might be a special envoy. This is yet to be decided in accordance with the needs of Iran’s diplomacy.”

The first question many asked after the reshuffle at the Foreign Ministry was whether it meant that Iran is planning to alter its foreign policy. Some observers were expecting Tehran’s approach toward the region to change with Amir-Abdollahian's replacement. Others have suggested that the shuffle stemmed from internal differences in Tehran over the fate of Syrian President Bashar al-Assad.

“Assuming that a nation’s foreign policy is going to change because a deputy foreign minister has been replaced is laughable,” another Iranian diplomat scoffed to Al-Monitor, on condition of anonymity. “Iran is a country of institutions. Even if a foreign minister, or the whole government, is changed, this won’t change anything as long as there is no central decision to [make a] change.”

The diplomat elaborated, “Iran’s foreign policy goes through four levels of decision-making. It starts with the supreme leader, then the Supreme National Security Council, then the government and finally the Foreign Affairs Ministry.”

Indeed, Zarif publicly commented June 22 on the reshuffle, saying, “There’s no bigger insult to the Islamic Republic than to claim that the change of an official is because of this or that person.” He added, “Until now, no one in the region or outside of it has dared to make such a request of Iran, and they never will.”

Zarif was referring to claims by his domestic critics that his decision to appoint a new deputy had been influenced by US requests and was aimed at eliminating the Syrian strong man of the so-called resistance axis. The Iranian foreign minister said, “The resistance axis is stronger than being tied to one specific individual, and those who present such analysis, willingly or unwillingly, rather than strengthening the resistance are weakening the resistance.”

The resistance axis, led by Iran, is the umbrella that brings together the Syrian government, pro-Iranian Iraqi Shiite factions, Lebanese Hezbollah and Yemen’s Ansar Allah (the Houthi movement). Each member of the axis is fighting its own war on one or more fronts, and it is believed that the most influential Iranian among them is Qasem Soleimani, commander of the Islamic Revolutionary Guard Corps’ foreign operations branch.

Zarif and Soleimani are national icons to many in Iran. The former negotiated the landmark nuclear agreement, and the latter has overseen the frontiers of his country’s zones of influence, reaching all the way to the Mediterranean. Now that both men are dealing with the same file, each from his own position of responsibility, the question of whose line of thinking will be adopted has been raised.

In direct response to such queries, Zarif said in the Netherlands on June 23, “There is consensus over Syria in Iran,” adding that he has had discussions with Soleimani about Syria and that they both agree that the crisis needs a political solution.

Indeed, Iran has for years expressed consistent support for a political solution while rejecting the immediate departure of Assad. In this vein, one senior Iranian official told Al-Monitor on condition of anonymity, “There has been no change in our position [on Syria].” He added, “We have been saying the same thing since we presented the four-point plan. We should not focus on individuals, because it prevents a solution, but we need to focus on institutions and constitutional reform and allow the Syrian people to make their own choice.”