Israeli plans to build yet another Jewish settlement have many Palestinians worried that they will block the contiguity between East Jerusalem and Ramallah. 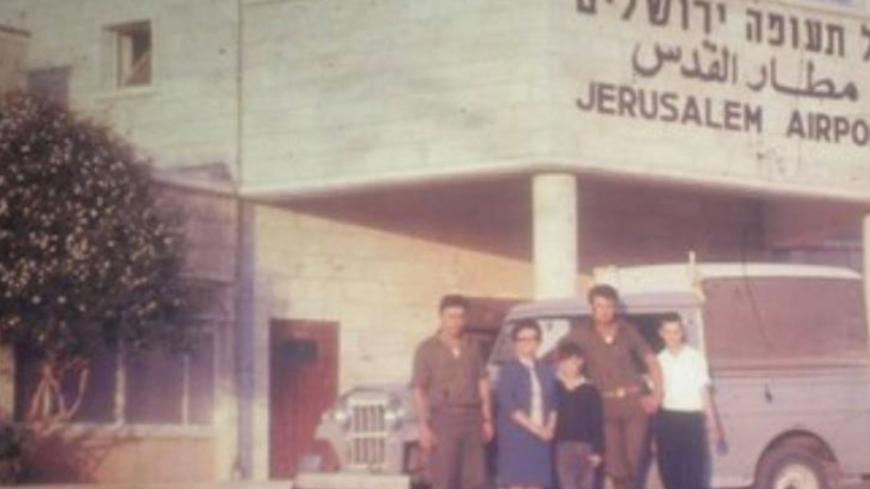 A photo taken in 1969 displays the Jerusalem Airport, which is currently known as Atarot Airport, near the Palestinian village of Qalandia. - FACEBOOK/Atarot Airport

Like so many locations, Palestine’s first airport has three names, each reflecting a different narrative. When it was established in 1920 by the British mandatory government of Palestine, it was given the name “Jerusalem Airport.” A photo taken in 1969 after the 1967 Israeli occupation reflects the original name, albeit with the Hebrew lettering placed above the English and Arabic names.

Palestinians often refer to the airport, which is located near the Palestinian village of Qalandia, north of Jerusalem, as Qalandia Airport. The term has gained popularity since 1948. The Qalandia refugee camp erected near the village also carries the same name, as does the infamous Qalandia checkpoint not far from the town and the airport strip. Palestinian filmmaker Nahed Awwad has reflected on the history of the Qalandia Airport in a documentary titled “5 Minutes from Home” and an article in the Journal of Palestine Studies. The film reflects the extreme Palestinian yearning for times past when travel by airport was very much available without the current hassles of crossing the bridge to Jordan.

But as history is written by the victors, the only name that has a Wikipedia entry is that of Atarot Airport — while the subtext gives the names of Jerusalem and Qalandia. The Israeli media has given the airport the name Atarot Airport in reference to a Jewish moshav (cooperative) settlement that carries the name that has a Biblical reference in Joshua 16:2. Atarot Moshav lies close to the current location of the airport. The moshav was abandoned in the 1948 war and was re-established as an industrial park after the 1967 Israeli occupation.

While it was in operation, mostly for local flights, the Jerusalem Airport gained political notoriety in 1979 when Israeli Prime Minister Menachem Begin used it to make a point to Egypt and the world regarding the future of Jerusalem. Upon his return from a visit to Egypt, Begin made a highly publicized landing in the airport, which is literally a stone’s throw from the Qalandia refugee camp, to reflect on Israel’s refusal to include Jerusalem in the talks that were going on in Egypt following the Camp David agreement.

Today, 15 years later, the fight over the naming of the airport might become obsolete, especially if current Israeli plans to build a large settlement complex on the airport landing area housing some 15,000 units becomes a reality. The chairman of the Israeli Jerusalem municipality’s planning commission is reported to have recommended the establishment of the housing complex on the airport lands. But officials of Jerusalem’s municipality city have denied such plans.

The closest area to the airport is the Palestinian neighborhood Hai al-Matar (Arabic for the airport neighborhood). Although the entire area is full of high-rise buildings, the roads are rundown. As you approach the airport, you come face to face with the high Israeli-built wall.

Jamal Dajani, head of strategic communications and spokesman for Palestinian Prime Minister Rami Hamdallah, told Al-Monitor that the unregulated high-rise buildings are not an accident. “There is a reason that the Israelis have turned a blind eye to these high-rise buildings that attract Palestinian couples wanting to live in municipal Jerusalem, while having unfettered access to Ramallah.” According to Dajani, the existence of these towering 15- to 20-story buildings literally next to the airport runway ensures that the airport will never operate again.

Rumors of the possibility of turning the airport into a Jewish settlement have the head of the adjacent Kufr Aqab village council extremely worried. Bassam Maswadi expressed frustration and hopelessness when it comes to what Israel will or will not do. In an interview with Al-Monitor, Maswadi said that no one will agree to these plans. “We wish this will not happen because many lives will be lost if the Israelis try to carry out these plans. “

Maswadi sounded pessimistic. “This is Palestinian land, and this is an occupation. If the Israelis decide on something, they will not listen to us or to anyone else,” he said in a tone of helplessness.

The current debate about the future of the airport began in 2012 as a result of a unilateral Israeli decision in February 2012 to turn over the airport land to the Israeli-run Jerusalem municipality, thus whetting the Israeli municipalities’ appetite to create yet another settlement housing complex.

It is not clear if that decision is connected to the leaks that came out in April 2008 about Israeli-Palestinian talks, which revealed that then-Foreign Minister Tzipi Livni had allegedly promised that the airport would become part of the future state of Palestine.

The absence of a peace process appears to have emboldened Israeli officials and has given them yet another opportunity to take away Palestinian lands and turn them into exclusive Jewish settlements. The Jerusalem Airport has both a symbolic and a practical meaning to Palestinians because it provides that flickering hope that one day this decades-old ordeal of occupation and travel restrictions will be over. Nothing gives a trapped and occupied people hope like the freedom to fly anywhere in the world. Taking this hope away will turn off yet another candle of hope to an embattled population.