What next for Turkey’s AKP after Davutoglu's exit?

Turkish Prime Minister Ahmet Davutoglu could have been a slight nuisance on President Recep Tayyip Erdogan’s march toward absolute power, but Erdogan has no tolerance for such annoyance. 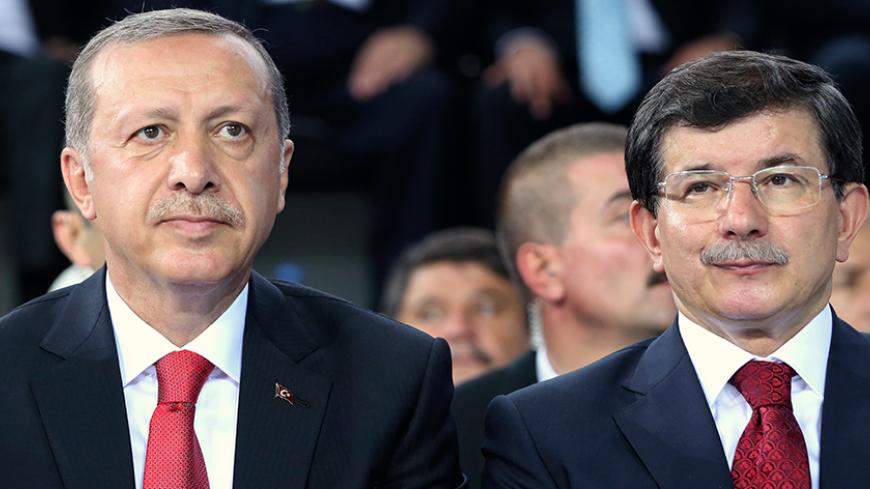 In Turkey, prime ministers normally lose their job when they lose an election, or they lose the majority of the seats in the parliament due to a break down in their party. Turkey’s current Prime Minister Ahmet Davutoglu had none of those problems. He had won a sweeping election victory just six months ago and his party is more intact than ever. Yet, still he had to give a farewell speech on May 5. He announced that there will be a surprise snap party congress in 17 days to chose the new party leader, but he himself will not run. “This is not my decision,” he said, “but a necessity.”

The whole of Turkey knows what the necessity is: President Recep Tayyip Erdogan, who had nominated Davutoglu for the post of prime minister back in August 2014, had recently changed his mind. In the 20 months that has since passed, an ever-deepening rift emerged between the two men, and in Ankara rumors had spread the past few months that Davutoglu soon would be gone. Just four days before Davutoglu’s resignation, a new blog by an anonymous hard-core Erdoganist exposed all the details, as reported in Al-Monitor May 3. Accordingly, Davutoglu had “betrayed” Erdogan by collaborating with the Western powers and their “agents” that conspire against “the CHIEF.”

In fact, the only way Davutoglu “betrayed” Erdogan was that he tried to be relatively more moderate and less authoritarian. Unlike Erdogan, for example, Davutoglu seriously considered forming a coalition government with the main opposition party after the elections on June 7, 2015, when the Justice and Development Party (AKP) lost the parliament majority. Unlike Erdogan, he opposed the jailing of journalists and academics who were put on trial. And unlike Erdogan, he tried to build a consensus with environmentalist protesters rather than demonizing them as political provocateurs. That's why, compared to Erdogan, Davutoglu became a relatively less negative figure in the eyes of the opposition circles. For Erdoganists, however, all this translated into “treason.”

Here is something ironic: In August 2014, Erdogan had preferred Davutoglu to Abdullah Gul, whose presidency was ending and who was planning to run for the leadership of the AKP. Then, Gul was also found too moderate and too liberal — not fit for fighting ferociously against the endless conspiracies Turkey is supposedly facing. Gul, as the founder of the AKP, also had his own political persona and charisma and would not be “loyal” to Erdogan.

Now, less than two years later, Davutoglu has turned also into a problem for not being loyal enough to Erdogan. That's why virtually every political observer in Turkey expects that he will be replaced by someone who will be loyal to the president. Here are the top three names that are being speculated right now:

The point is that the new prime minister will be “a low-profile figure,” as an Erdogan adviser said on TV after Davutoglu’s departure. Other pro-Erdogan writers are politely saying that this will create “harmony” between the president and he prime minister. But the more explanatory term is “obedience”: Perfect harmony will be achieved only with a perfectly obedient prime minister.

As for the calendar of events, here is what will happen: On May 22, in a big hall in Ankara, thousands of AKP delegates will gather to chose the new party chair. A few days before, Erdogan will make clear who he prefers for the job. That person will run as the only candidate, get all the votes and become the new AKP chair. Meanwhile, Davutoglu will continue his life, for the time being, as one of the more than 300 parliamentarians of the AKP.

The new AKP leader will immediately be appointed by Erdogan as the new prime minister as well. He will make a list of Cabinet members, get Erdogan’s approval and start working. In this new Cabinet, those in the current government who are known as “close to Davutoglu” will most probably no longer be there. One of them could be Lutfi Elvan, a deputy prime minister; the other could be Mehmet Simsek, the other deputy prime minister who is responsible for the economy and who has been one of the few remaining trusted figures by international investors.

Will all this solve Erdogan’s problem of not having enough power? Not really, for Erdogan wants to turn his de facto power into a constitutional reality. That's why he still wants a “presidential system” with an all-powerful presidency. For this he needs to change the entire constitution, but the AKP does not have enough seats for that.

So, Erdogan will either try to gain more seats in the current parliament, or call for new elections when he feels the time is right. The first option could develop from the cooperation with the Nationalist Movement Party (MHP), whose leader, Devlet Bahceli, has lately been flirting with the AKP to suppress the political rebels in his own party. Or it could develop from the jailing of a few dozen deputies of the pro-Kurdish Peoples' Democratic Party (HDP), for links with terrorism and running a mini-election for the emptied seats, which the AKP is likely to win.

The second option, yet another early general election, is what those in Ankara consider possible also. Accordingly, early elections at the right time — perhaps this autumn — could push both the pro-Kurdish HDP and the nationalist MHP below the 10% threshold, giving the AKP more than enough seats to present its new constitution, and the “presidential system,” overnight.

Thus, Erdogan’s march toward absolute power continues. Davutoglu could have been only a slight nuisance on that path. But Erdogan has no tolerance for such annoyance; he wants all the political power there is — along with the power to control the judiciary and media. And he is steadily getting close to it.