A Turkish female journalist has been stripped of her parental rights in an unprecedented court ruling that marks a new milestone in the suppression campaign against critical media. 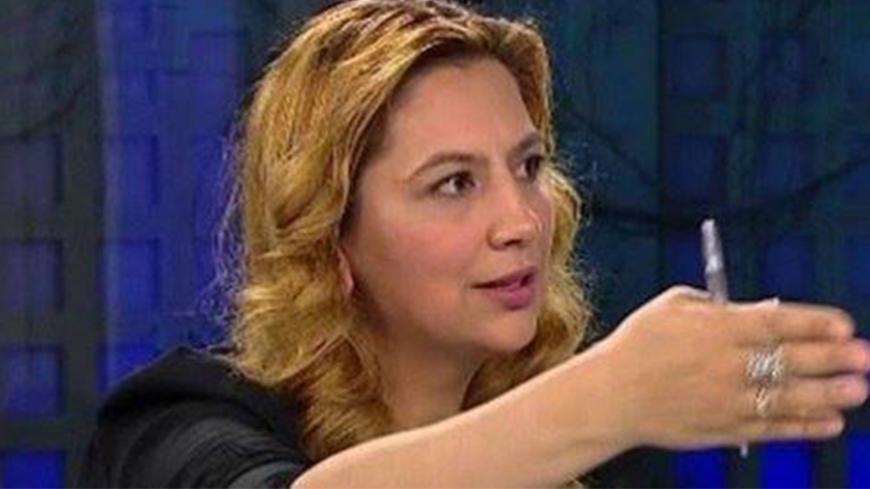 The Turkish court has sentenced journalist Arzu Yildiz to prison and denied her "parental rights" over a story on MIT trucks and arms transfers to Syria, May 18, 2016. - FACEBOOK/Save Kobane

Turkish female journalist Arzu Yildiz was this week sentenced to 20 months in prison for her reporting on alleged Turkish arms shipments to Syria, a highly controversial issue that has riled Ankara and landed both journalists and judicial officials in jail. The court, however, did not stop there, and stripped Yildiz also of her parental rights. While the imprisonment of journalists may have become commonplace in Turkey, now ranking 151st on the World Press Freedom Index, the restriction of Yildiz’s parental rights marks a new milestone in the extent the pressure on journalists has reached, affecting even their familial ties and social standing.

Yildiz is an experienced journalist who, after working for various media outlets, was left jobless a couple of years ago. Together with other jobless colleagues, she co-founded the nonprofit Grihat news site, where her reporting on the trucks controversy led to her conviction.

The story in question was related to the interception of Syria-bound trucks in the southern provinces of Hatay and Adana in January 2014. Acting on tip-offs, prosecutors had issued search warrants for the trucks. But when stopped by police and gendarmerie officers, the men in the vehicles identified themselves as members of the National Intelligence Organization (MIT) and resisted the searches. President Recep Tayyip Erdogan claimed at the time the trucks carried humanitarian supplies, but few were convinced. All judicial officials and security forces involved in the attempted search are behind bars today. The Cumhuriyet daily’s Editor-in-Chief Can Dundar and Ankara representative Erdem Gul also found themselves behind bars for their reports on the story. Though they were released three months later, they received jail terms for revealing state secrets earlier this month. Another journalist who covered the issue, Fatih Yagmur, remains on trial.

Yildiz, for her part, faced several investigations for her coverage of the incident and ensuing developments. The report that earned her the 20-month sentence pertained to the testimonies of the prosecutors who were arrested for attempting the search. On top of the prison term, the court in the southern city of Tarsus banned Yildiz from using “certain rights.”

In an interview with Al-Monitor, her lawyer, Alp Deger Tanriverdi, explained what the ruling means. “Let me tell you the most significant part: The ruling strips Arzu Yildiz of her motherhood rights,” he said. “She can no longer register her kids to school, open bank accounts for them or do other similar things on their behalf. She can’t even go abroad with them.”

Asked about the grounds on which the court made the decision, the lawyer said, “The court was [actually] supposed to suspend the sentence because Yildiz had no other conviction before. That was her legal right. Yet the court arbitrarily went ahead on grounds she committed the crime willfully, which automatically brought the decision to strip her from her rights. The court could have withheld this decision as well. Such restrictions are based on the following logic: 'You’ve committed a crime willfully, so you are guilty before society as well. Thus, you must not be allowed to have a [bad] influence on your children.' Such is the intention of the clause, yet the court applied it to Yildiz — to humiliate her.”

In remarks to Al-Monitor, Yildiz also lamented the court had acted arbitrarily. “I have two kids — one 6½ years old, the other only four months. I think the court made this decision deliberately, knowing that I’m a mother of two — simply to hurt me more,” she said. “My kids are my whole world. What else do I have? The court now says I can’t claim any right on them, can’t register them to school and can’t travel abroad with them. What hurts even more is that a ban that the courts withhold [even] from child molesters and rapists is being imposed on a journalist.”

Yildiz believes the ruling essentially aims to denigrate and humiliate journalists before the public. Yet, she remains adamant on soldiering on. “I covered the MIT trucks investigation from beginning to end. In the meantime, I gave birth [to my second child] and left my baby home when she was only 20 days old to go watch the hearings in this case,” she said. “I did this without having any financial support. The story in question was published on Grihat, which we had launched without any financial considerations. With this ruling, the court is trying to prevent me from doing journalism but it won’t succeed.”

The restriction on Yildiz’s parental rights sparked indignation from civic society groups and social media users. The issue became a trending topic on Twitter, generating about 50,000 tweets. “Some court rulings are destroying the society’s trust in the judiciary,” the Turkish Journalists’ Trade Union (TGS) said, while Yildiz’s colleagues circulated pictures of her four-month-old daughter with the slogan “Baby Zehra is not alone.”

The onslaught on critical media in Turkey has proceeded through wide-ranging means, including dismissal, judicial probes and imprisonment. According to a recent report by Press for Freedom, an advocacy project carried out by the Ankara-based Journalists Association, 894 journalists lost their jobs in Turkey in the first four months of the year and 74 journalists faced some kind of judicial action. Thirty-six journalists remain behind bars, according to the TGS.

With the Yildiz case, the boundary of intimidation has moved even further, threatening the parental rights of journalists and undermining their standing in society and vis-a-vis the state.