Moscow reports that it's ready with military aid for Libya's unity government as soon as the arms embargo is lifted, but Tripoli must include Gen. Khalifa Hifter and the Libyan National Army in the political process for that to happen. 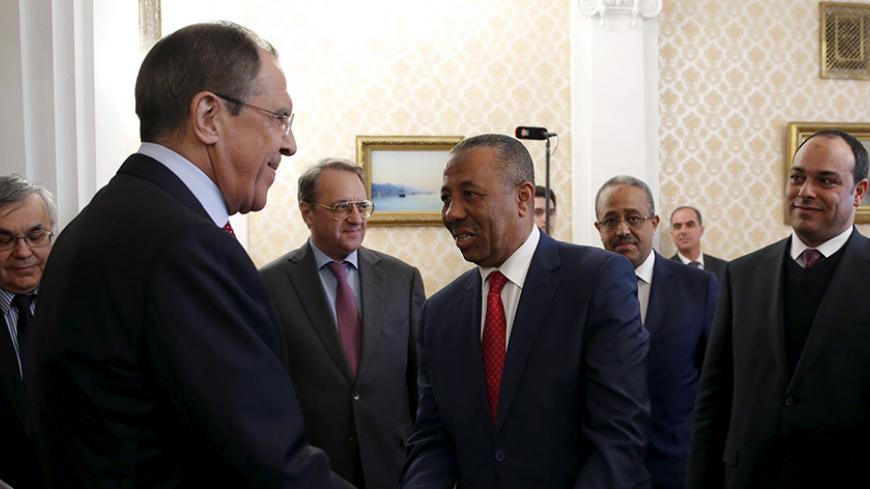 Russian Ambassador to Libya Ivan Molotkov recently said that Moscow would be ready to supply the legitimate Libyan government with weapons as soon as the arms embargo against the country is lifted. The statement came after the US-chaired summit in Vienna had agreed to consider a request from the internationally recognized Government of National Accord (GNA) in Libya to be exempted from a UN arms embargo. The country’s unity government has been calling for international backers to speed up the re-arming of its forces ever since it came to power in January 2016. However, with 31 of its fighters recently killed by the Islamic State (IS), which is gaining stronger on Libyan soil by the day, the request seems especially urgent.

Molotkov is not the first Russian diplomat to hint at possible military aid for the Libyan government. In February 2015, Vladimir Churkin, the head of Russia’s mission to the UN, told journalists that Moscow was considering backing the official government in Tobruk with weapons and if necessary imposing a naval blockade on Libya to prevent the delivery of weapons to jihadists by sea. Since the five-year arms embargo that was upheld by the UN Security Council last year is still in place, it is not entirely clear how serious the Kremlin is about propping the emergent government in Tripoli up with military equipment. After all, it seems that Moscow is too invested in Syria at the moment, and its involvement in a conflict elsewhere in the Middle East could erode its efforts to support President Bashar al-Assad.

That is not to say, however, that Russia is unable to provide weapons to Libya. Just before the fall of Moammar Gadhafi in 2011, Moscow was reported to have signed between $4 billion and $10 billion in arms deals with Tripoli. The revolution that followed had the new government review these deals, but due to the UN-imposed embargo contracts with Moscow they were suspended. In 2008 the Kremlin canceled $4.5 billion of Libyan debt in exchange for Gadhafi signing multi-billion-dollar contracts with Russian defense procurers. While Moscow fulfilled its part of the deal, Tripoli is yet to purchase the weapons.

With the first major Libyan-Soviet arms deal signed in 1974, the Libyan National Army almost entirely relies on Soviet-produced weapons and hardware. Between 1973 and 1992 over 11,000 Soviet troops were stationed in the country advising the government on defense and security and, according to some accounts, directly participating in several conflicts alongside Libyan forces. As per Soviet defense instructors in Libya, over 80% of local servicemen had no prior military training, which resulted in almost all senior Libyan command being trained in Soviet Union. The same happened between 2004 and 2011. As a result of this process, the Libyan National Army today almost entirely relies on Soviet training and weapons, making Russia an ideal candidate to prepare the army for a fight against IS.

Without proper maintenance Libyan arms have considerably degraded, often to a critical level, especially its military aircraft. Just recently a MiG-21 crashed in Tobruk, where the Libyan National Army is headquartered. This is only the latest in a string of accidents involving Soviet MiG jets, the powerhouse of what remains of Libya's air force. The fear of jihadists infiltrating Egypt from Libya has allegedly led Cairo to donate secondhand jets and helicopters, but recent accidents suggest they will not last long.

It is not the existing embargo that prevents Moscow from supporting the Libyans militarily so much as the disagreements between the ruling groups. With the power-sharing agreement brokered in Libya in December 2015 and the arrival of the GNA to Tripoli, the authorities in Tobruk formerly recognized by the international community as the official government lost their power. The Libyan National Army headed by Gen. Khalifa Hifter (who, predictably, received his military training in the Soviet Union) stayed in Tobruk and refused to support the GNA and the Presidential Council. The legitimate legislative authority in Libya, the House of Representatives, is also based in Tobruk, and until it gives the new government a vote of confidence, the GNA cannot be considered legitimate. Consequently, Libya’s governing institutions have split between two cities, and while the GNA in the capital is struggling to maintain control of the city, Hifter’s army in Tobruk remains the only potent force in the country.

The dilemma posed before the international community is who is going to receive all the arms when and if the embargo is lifted, the GNA or Hifter? Arming the newly created Presidential Guard under the GNA, whose militias have no clear chain of command, means that the weapons may end up in the wrong hands or, even worse, give it a false sense of military might and spark a confrontation with the army. Arming the Libyan National Army would essentially mean that the Government of National Accord with whom Hifter is at odds is redundant.

According to Russian diplomats, the Kremlin fully supports the process of the unification of the country and the formation of the Government of National Accord. Yet after his meeting with the chair of the African Union Commission, Russian Foreign Minister Sergey Lavrov told journalists that the GNA is not legitimate without the approval of Tobruk’s House of Representatives. Lavrov also said that it was Moscow that insisted on the inclusiveness of the Libyan agreement in the first place, advocating for the participation of all parties. The message that the foreign minister was trying to send is that unless Tripoli includes Hifter and the Libyan National Army in the political process, Russia will resist the lifting of the international embargo against Libya.

Considering Hifter’s extensive military background and Soviet training, he may in fact be a perfect Russian ally in Libya. His secularist vision of the country’s political process also hugely appeals to Moscow, which is suspicious of any political force that comes with religious slogans. Russia is not alone in supporting this controversial character, who is also backed by the UAE and Egypt.

In October 2015, Hifter was unusually explicit about the level of support that he enjoys in Moscow. Talking to the Libyan National Army, he said that Russia has promised him assistance in fighting terrorism and strengthening the army. These statements might not be groundless, considering that Hifter is a regular guest in Moscow and in Cairo, where he has reportedly met with Russian diplomats on several occasions. Moreover, the head of Tobruk’s House of Representatives, an ally of Hifter's, sent his representative to Moscow last year to bolster military relations with Russia. More recently, Russian media outlets reported that following Hifter’s meeting with President Vladimir Putin’s Mideast envoy in Cairo, his visit to Moscow is currently being planned by the Foreign Ministry. A member of the Russian Parliament’s Commission on International Affairs confirmed to journalists that Moscow is in fact in close contact with the chief of the Libyan National Army.

According to some analysts, Russia is already providing arms to the Libyan National Army via a network of middlemen, bypassing the embargo regime, meaning that Moscow may have already made its bid in the Libyan reconciliation process. Despite this move, the Kremlin understands that without Hifter — its most likely ally — joining the UN-backed political process, his international support will be extremely limited. And with the international focus shifting from Tobruk to Tripoli, his career is likely to be short-lived.