Why Israel needs a two-state solution

Prime Minister Benjamin Netanyahu's view of Islamic State terror as a clash of civilizations paints Israel as the "good guy," absolving it of resolving the conflict with the Palestinians. 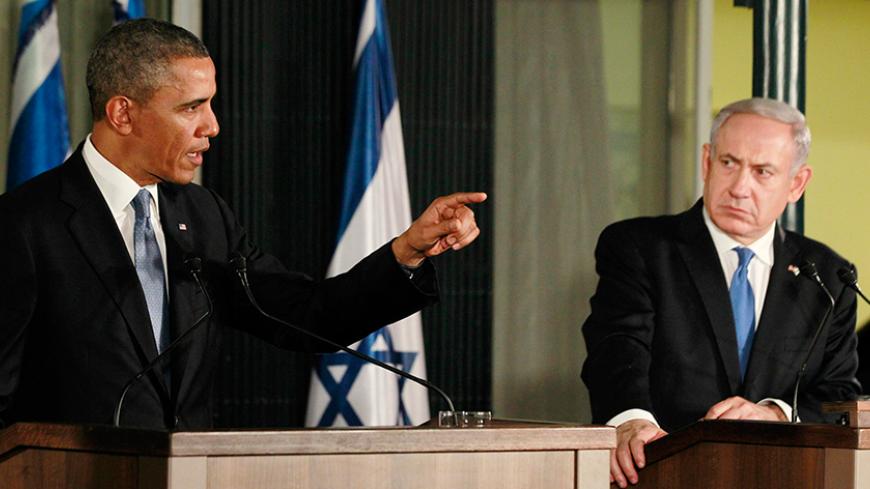 President Barack Obama was on a historic visit to Cuba when the Islamic State launched terror attacks against Brussels on March 22. He decided not to change his schedule, thus coming under fire from the Republicans competing to succeed him. Nevertheless, in several public appearances in Havana, Obama emphasized two policy points: the Islamic State must be defeated in battle, and life must go on without giving in to fear or hysteria.

Obama is consistent in his view of America’s role in the world. He refuses to let the United States become the world's policeman. He will not engage American ground troops in a war in Syria and Iraq, and he continues to believe in dialogue with (past and present) foes such as Cuba and Iran, as well as in collective international diplomacy.

The Israeli government dared to publicly criticize the European and Belgian leaderships for their (supposed) intelligence failures and passivity toward Islamic terrorist activities in Brussels, but refrained from doing so in the case of the American president. Yet, beneath the surface, there was some criticism of Obama’s low-profile reaction.

A senior Israeli Foreign Ministry official dealing with US relations told Al-Monitor on the condition of anonymity that the government was disappointed with the Obama administration. “IS will not be defeated without a ground war led by the US,” he argued. He consoled himself by believing that there is probably a better understanding in Washington of Israel’s political predicament facing daily Palestinian terror. This perception, however, is misguided.

Israeli Prime Minister Benjamin Netanyahu believes that Islamic terror is the root of all Middle Eastern instability, including in relation to the Palestinian situation. He holds that IS must be confronted on the ground by the West, similarly to Israel's approach in Lebanon and Gaza. He considers today's terrorism an expression of a war of civilizations between the West and the Muslim world, between good and evil. In his view, Israel belongs to the club of the “good guys” and the Palestinians are part of an axis of evil. This is not Washington’s view.

Obama has made every effort not to position the United States as an enemy of Islam and not to equate IS with the Islamic world. His administration views IS as a defamation of Islam, a force composed of tens of thousands of fundamentalists who mostly target those Muslims who do not adhere to their radical interpretation of Islam. Obama believes that IS can be defeated only with the help of Arab countries and armies. As the concept of a war of civilizations is embraced by IS, the idea is the very last angle to be considered by the American president.

These opposing worldviews on the struggle against international terror deepen the schism between the Obama administration and the Netanyahu government. An American diplomatic official in Tel Aviv told Al-Monitor on condition of anonymity that the administration impresses upon the Israeli government the importance of refraining from viewing all Western relations with the Arab and Muslim worlds through the prism of IS terror. This approach, according to the official, also applies to the Palestinian issue.

“We do not equate in any way the situation in the West Bank and Gaza to the war in Iraq and Syria,” said the official. “President Barack Obama and Secretary of State John Kerry believe that there is a diplomatic solution to the Israeli-Palestinian conflict and that the pragmatic Arab world can be involved in the two-state solution process also, based on the Arab Peace Initiative of 2002.”

It is clear why the Netanyahu government is rushing to depict the clash with IS terror as a clash of civilizations, or as Defense Minister Moshe Ya’alon called it, the beginning of “World War III.” Such a perspective places Israel in the right camp without requiring it to resolve the conflict with the Palestinians. This worldview, however, is dangerous for Israel.

There are 8 million Israelis in a region of almost 300 million Arabs and mostly Islamic countries with more than a billion Muslim citizens. Israel has a supreme interest in creating regional coalitions with pragmatic Arab countries, but this goal requires a serious two-state solution process, which is precisely what the Netanyahu government wants to prevent.