Israeli officials mistakenly believe that the world is coming closer to Israel in policy and values in the aftermath of the Brussels terror attacks. 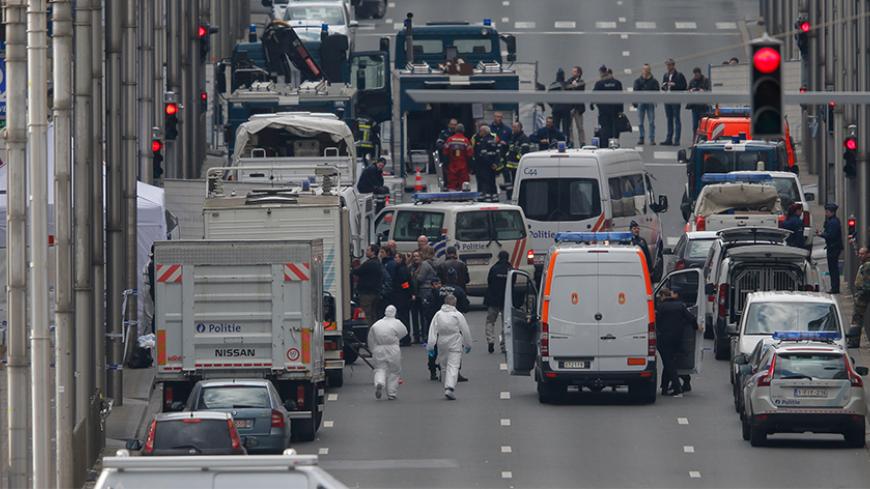 In the corridors of power in Jerusalem, one can detect a sense of satisfaction lately. Ministers and senior officials believe that the world is coming closer to Israel in policy and values in the aftermath of the March 22 Brussels terror attacks and the migration crisis in the European Union and the United States.

When Minister of Transportation and Intelligence Yisrael Katz chastised Belgians for eating chocolate rather than fighting terror, he represented a prevalent view in the government that the Europeans are about to see the light and understand that the real problem in the Middle East is Islamic terror, not the Palestinian issue, and that terror in Paris and Brussels is not different from terror in Tel Aviv.

The immigration crisis in the EU and the United States is also seen by the leaders of Israel’s right as leading to an ideological rapprochement between the West and Israel. Muslims threatening San Bernadino and the Molenbeek neighborhood in Brussels are the same Muslims that threaten Middle East stability and Israel.

A senior Foreign Ministry official in charge of Israel’s public relations campaigns told Al-Monitor on condition of anonymity that, following the instructions of the prime minister, the ministry is enhancing an international campaign to delegitimize Palestinian President Mahmoud Abbas and the Palestinian Authority for inciting jihadist terror. The campaign also aims at demonstrating that the same terror plaguing Europe is striking Israel on a daily basis. The official also claimed that European governments are approaching Israeli ambassadors to consult Israel on its anti-terror policies. “We hope to become a model of how to deal with terror in many European countries,” he said.

The crux of Israeli reactions to the Brussels terror attacks is the hope to divert international attention away from the Palestinian issue and to stall initiatives in favor of a two-state solution. To have terror replace the occupation as the central issue to contend with in the region.

That may be the case among more right-wing segments of European and American public opinions. Also the US Republican candidates, in their speeches to the March 20-22 American Israel Public Affairs Committee conference, made the equation between terror in Europe and terror in Israel with latent anti-Islamic sentiments. Donald Trump and Ted Cruz’s speeches were surely music to the ears of the Netanyahu government. Yet, this is not the case when it comes to governmental leaders of the EU.

A senior EU official in Brussels close to Federica Mogherini, the high representative of the European Union for Foreign Affairs and Security Policy, told Al-Monitor on condition of anonymity that while the leaders of the EU empathize with Israeli suffering over civilian casualties from Palestinian terror, they do not equate Palestinian terror with Islamic State (IS) terror. “IS is a fundamentalist fanatic movement engaged in mass killings and aspiring to establish an Islamic caliphate; the Palestinian interest is to establish an independent state, which is also our interest. We disagree and condemn the use of violence by Palestinians, but also recognize the efforts that President Abbas is investing to curb it. The two issues are very separate and have to be tackled in different ways. The EU is enhancing intelligence efforts to prevent the type of terror attacks that took place in Paris and Brussels and is participating in the US-led coalition fight against IS in Syria and Iraq. On the Palestinian issue, there must be a diplomatic process leading to a two-state solution based on the 1967 lines,” the source said.

The Brussels official pointed out that EU leadership was taken aback by the Israeli government lecturing Europe about how to fight terror and insulting the Belgians as well as Mogherini — namely, the statement by Katz on Belgians eating chocolate and the accusation by Minister of Science and Technology Ofir Akunis blaming Mogherini for crying after the Brussels attacks rather than leading. The official claimed that, given the Israeli reaction to the Brussels terror attacks, relations with Israel had in recent days taken a turn for the worse: “This was the time to express solidarity with Belgians and the EU rather than lecturing and criticizing us.”

The Israeli government’s aspiration that the fight against fundamentalist terror will lead to changes of attitude in Europe on the Palestinian issue is mistaken. Europe will continue to support the creation of an independent Palestinian state in the West Bank and Gaza and to object to Israel’s occupation and settlement policies. This aspiration/attitude is also self-defeating for Israel; the occupation is something that Israel must put an end to within a two-state solution for its own interest. Not only will a two-state solution process not harm the struggle against Palestinian terror, it will actually help.