Why solving Israel-Palestine conflict is still key for regional stability

The West-pragmatic Arab coalition against the Islamic State must realize that a viable Israeli-Palestinian diplomatic peace process has to be part of any regional anti-terrorist strategy. 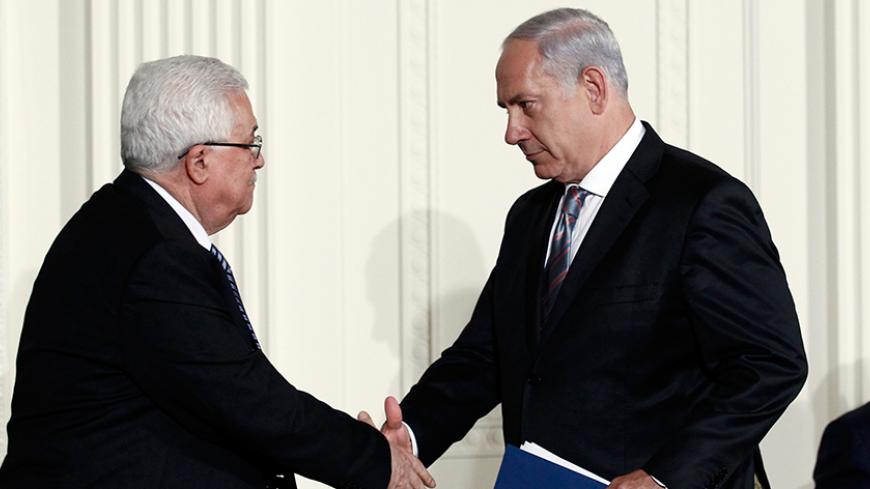 The prevailing outlook within the international community for many years has been that a solution to the Israeli-Palestinian issue is the key to stabilizing the Middle East. This policy concept has become another victim of Islamic State (IS) terror. The international community, including the United States and the European Union, view the military and political battle against IS as the focal point to reaching regional stability. They can now create an anti-fundamentalist coalition with pragmatic Sunni countries, such as Egypt, Saudi Arabia and Jordan, without the need to resolve the Palestinian statehood issue. The Palestinian leadership is very frustrated over this development and strongly disagrees with the perceived irrelevance of their cause to regional stability.

A senior Palestinian Authority official, who spoke to Al-Monitor on condition of anonymity, said that the Palestinians are in no way part of IS or al-Qaeda threats, and that not a single Palestinian has been detected in IS or al-Qaeda forces. “We, Fatah, represent Arab pragmatism, not fundamentalism. Reaching Palestinian statehood on the basis of 1967 lines, living in peace and security with Israel, being encouraged by the international community — all that would be a victory for Arab moderation. Avoiding the issue of the Palestinian cause because of the Islamic State, al-Qaeda or Hamas terror gives fundamentalism a victory,” he said. The source made a long case as to why the Arab masses empathize with their Palestinian brethren under occupation, which leads, in turn, to strong Arab anti-Western sentiments.

Indeed, there is a case to be made for the relevance of an Israeli-Palestinian two-state solution to regional stability. Such a realistic prospect would have important regional repercussions on several levels.

First, while Arab governments see the Palestinian cause today with lesser urgency and at best pay only lip service to the statehood quest, Arab public opinion, as reflected in virtually all Arab media, sees the Palestinians as victims of Israel and the West. It is an outlook that fuels support for fundamentalist ideologies. A two-state solution would strengthen pragmatic Arab public opinion.

The Arab Peace Initiative of 2002 is an opportunity for Israel to normalize relations with most Arab countries together with a two-state solution based on 1967 lines. Such a regional breakthrough would enhance security cooperation with Israel against fundamentalist extremism as a common enemy. Indeed, during the Oslo peace process in the 1990s, Israel established diplomatic relations with eight Arab countries, which contributed to regional stability.

In addition, within the Palestinian equation, the lack of a viable peace process is strengthening Hamas at the expense of Fatah. According to a Dec. 14 Palestinian Policy and Survey Research poll, two-thirds of the Palestinian public support the resignation of President Mahmoud Abbas. In such a case, according to the survey, senior Hamas leader Ismail Haniyeh would win a national election. The radicalization of Palestinian public opinion is reflected in most Arab media, and it is also a prescription for the outbreak of a full-fledged violent intifada.

In that respect, a violent intifada would provoke passive/active involvement in the conflict of the whole region, in support of the Palestinians. It is quite likely that some of the fundamentalist terror groups would join the battle in some form. Besides Hamas leading the intifada, Israel could be confronted also with Hezbollah and IS (attacking from the Gaza Strip or the Golan Heights).

This ensemble of regional repercussions demonstrates quite clearly that a viable diplomatic peace process should be part of any regional anti-terrorist strategy.

A high-ranking EU Brussels source, close to EU Foreign Policy Chief Federica Mogherini, emphasized this premise to Al-Monitor. The official said on condition of anonymity that there is no doubt in the main European capitals, especially in Paris, that a two-state solution process should be on the international anti-fundamentalist agenda. According to the source, the US administration in its dialogue with Brussels has expressed a similar view. The EU official added, “The Palestinian issue is still an important part of Western regional security policies. The problem is that no one in the West believes that given the settlement policies of the current Israeli government, a two-state solution process is at all a practical proposition.”