The PKK is looking to join the Iraqi army and the Kurdistan Regional Government to liberate Mosul. 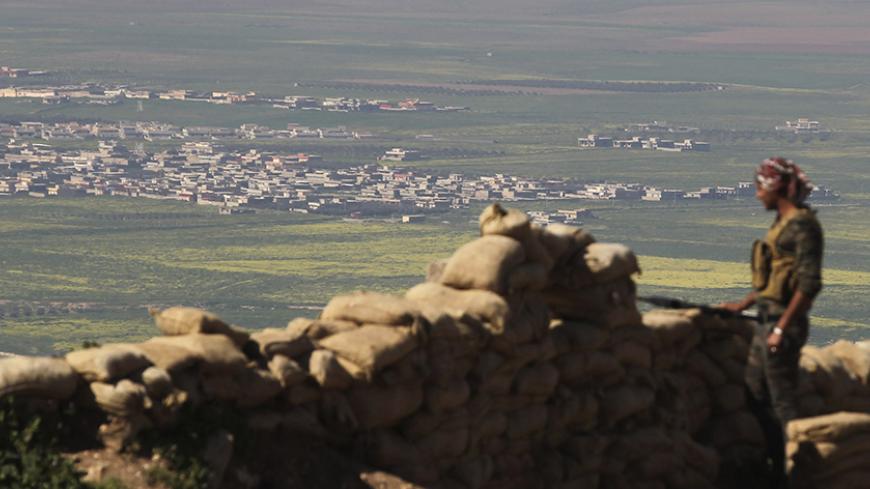 After a weeklong campaign, the Islamic State (IS) captured Mosul on June 10, 2014, with the help of local supporters. That was the beginning of a new phase in the region. After putting Mosul under its absolute control, IS attacked Sinjar where Yazidi Kurds lived. Thousands of Kurds were killed and thousands were taken prisoner. The town fell under IS control. Shocked by this development, the Kurdistan Regional Government (KRG) moved to liberate Sinjar with the Kurdistan Workers Party (PKK) on its side. The PKK, which had shown special attention to Sinjar and the Yazidis for years, finally had the opportunity it was looking for.

The PKK joined the regional Kurdish forces and sent a 500-strong unit from its base in the Qandil Mountains to Sinjar. The PKK leadership announced that it would withdraw forces after liberating Sinjar.

But that is not what happened. After liberating Sinjar from IS, the PKK stayed put. The KRG warned the PKK to leave, but instead the group set up the Sinjar Resistance Units (YBS), composed of Yazidis, and settled in.

Sources close to the PKK say that the organization has boosted its manpower in the area to 5,000 militants. Although this number could not be verified, it is obvious that the PKK is organizing itself.

At first, nobody grasped what the PKK had in mind and why it decided to stay after Sinjar was liberated. Only after rumors of a Mosul operation began did it become clear why the PKK had stayed. The PKK openly voiced its wish to join the operation to liberate Mosul. Although the KRG opposed the idea, the PKK remained firm.

Both the YBS and the PKK’s armed wing, the People's Defense Forces, have announced they had permission from the central government to join the Mosul operation.

Why is an organization based in Turkey, whose main area of interest is Turkey's Kurdish regions, so interested in Mosul, a center of Arab nationalism? Likewise, why does the PKK want a role in the Mosul operation when it is engaged in a new phase of clashes in Turkey?

Erbil-based political analyst Siddik Hasan Sukru says that by creating an area it can control in Mosul, the PKK will be protecting both Sinjar and the Kurdish region in Syria.

“[The] capture of Mosul will be a guarantee for Rojava [the Kurdish term for western Kurdistan in Syria] and especially Sinjar. As long as IS is in Mosul, it will be a threat to Sinjar, Rojava and the Jazeera canton. The PKK is preoccupied with the Kurds of Turkey and Rojava, but I don’t think their interest in Mosul has anything to do with obtaining legitimacy. This is not their problem. The PKK wants to find its place in the region and become an actor in restructuring of the region. I don’t think the PKK will seek its legitimacy from the United States and Europe. It will want it from the Kurds,” Sukru told Al-Monitor.

Sukru says although the PKK claims it has the permission of the Iraqi government, it cannot participate in the Mosul operation without the agreement of the United States. “The PKK announced it is ready to join the operation with 4,000 guerrillas. But it can’t do it without the permission of the United States. Then there is Turkey. Turkish forces brought to Bashiqa are not there to fight IS but to block the PKK and its allies. Without US blessing there will be problems between Turkey and the PKK,” he explained.

As the debate continued, the Iraqi army announced last month the start of its Mosul operation. The Iraqi army, along with Kurdish forces, began advancing toward Mosul from Makhmur but then called off the operation after a few days.

The operation is expected to resume any moment but for now it appears to be a local skirmish. The real conflict will be behind the scenes between the Kurds. On the one hand, you have Barzani’s KDP, which doesn’t want the PKK, and Jalal Talabani’s Patriotic Union of Kurdistan, which does. Behind it all is the power game over Mosul between regional powers such as Turkey and Iran. If it can get a role in the operations and control some territory, the winner may well be the PKK because it will then be astride an invaluable corridor between the Qandil Mountains and Syria.