How will Turkey's military use its restored standing?

Does the collapse of the coup attempt case enhance Turkish President Recep Tayyip Erdogan’s power, or is it the resumption of the cycle that governed civilian and military relations during the last decades? 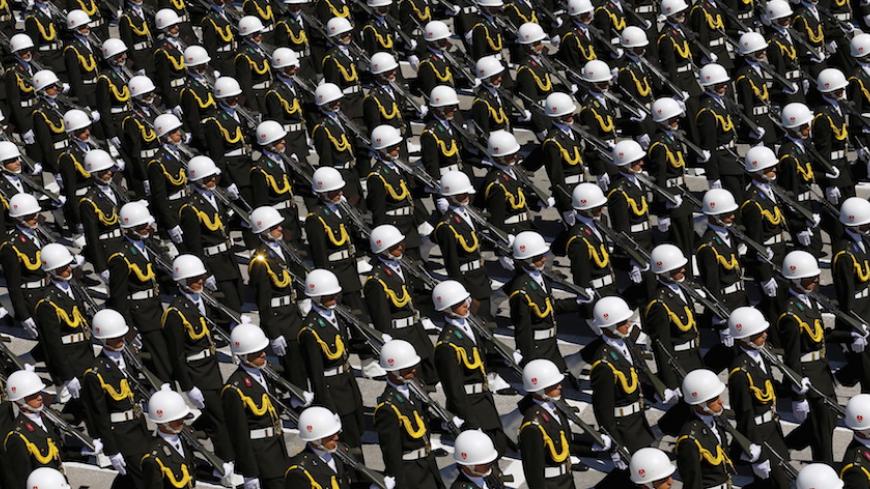 One of the most dramatic judicial processes that had significant bearing on politics and the fate of Turkey is finally over. It took nine years and 275 people imprisoned, among them a former chief of staff, top brass of the once powerful military of Turkey and renowned public servants. They have all been acquitted.

The guilty verdicts that were announced three years ago were hailed at the time as the final defeat of the Turkish military. The verdicts transformed the military into an organization that became subservient to democratic civilian rule.

It is ironic now looking at the current headlines of the staunchly pro-government media outlets and comparing them with the headlines three years ago. It truly reflects the shifting sands of Turkish politics.

The mouthpieces of the Justice and Development Party government and pro-Erdogan media once saluted the guilty verdicts and high penalties — mostly against military personnel in uniform or retired high-ranking officers — as the triumph of popular will over the military tutelage that had taken the country captive.

Now the same dailies on their front pages enthusiastically salute the ruling of the High Court of Appeals that annulled the verdict of the court they had saluted three years ago with similar enthusiasm.

This discrepancy reflects not only the miserable and pitiful state of affairs of Turkish media (particularly the Erdogan-controlled media), but the changing fortunes of the military and primarily of the political stand of President Recep Tayyip Erdogan. In the mid-2000s, when the controversial Ergenekon trial was underway and had polarized the Turkish society and political elite, Erdogan, as the prime minister, had come forward to declare that he was “the prosecutor” of the case.

That was a strong reminder that the judiciary had a strong backing from a muscled prime minister for a go-ahead in punishing the military establishment, which until then was treated as if it was sacred or untouchable.

The military was traumatized in such a way that it led to a widely shared belief that it was ultimately back in their barracks and would stay there.

The evolution of the Kurdish issue that intertwined with the developments in the Syrian political landscape and military battlefield and the acute power struggle that pitted the Islamist factions of the Erdogan-led ruling party and the Gulenists within the state apparatus incrementally but surely brought the military back to be a politically influential player.

There are clues to lead one to think that Erdogan, who was pitted against well-embedded Gulenists occupying key positions in the security and intelligence bureaucracy and the judiciary, desperately tried to reach a Faustian deal with the military, which looked battered because of the Ergenekon trial at the hands of the Gulenists.

The perceived common foe seemingly united the two sides. Undoing the Ergenekon case, opening up the prison gates for the convicted military personnel and overhauling the judiciary so that retrials would ultimately end with acquittals have sealed the deal.

The additional invoice Erdogan needed to pay to seal the Faustian deal was the reversal of the policy pursued on the Kurdish question since the first quarter of 2013.

The state consolidated its ranks against the “parallel state” — as the Gulenist faction used to be called by Erdogan — with continuous purges and ferocious campaigns.

The ruling of the High Court of Appeals is the last and a highly important symbolic link in the chain of developments that pointed to an Erdogan-military alliance.

Notwithstanding the cooperation against the parallel state, the validity and the durability of the alleged Erdogan-military alliance is still in question, though.

Hasan Cemal, one of the most outspoken critics of Erdogan, was among the leading commentators in expressing doubts about the resilience of Erdogan’s alliance with the military. What makes Cemal’s comments interesting is that he is not only an outspoken critic of the president, but he is also known to be an unswerving opponent of the military’s interference in political affairs, although he himself was actively involved in military coup attempts during the early 1970s. About Erdogan’s speech at the War Academy in Istanbul at the end of March where he in his capacity as the “commander in chief” praised his “heroic and faithful colleagues,” meaning the military commanders, Cemal asked the questions:

“Can the military like Erdogan? Can it find him sincere, can it believe in him, can it trust an Erdogan who had once declared himself as the prosecutor of the Ergenekon case? To what extent can the military accept Erdogan as its commander-in-chief and its president? Can it sympathize with an Erdogan who systemically turns his back to the West and turns his face to the East and the Islamic world? May the military be thinking that Erdogan betrayed the secular republic and Ataturk?”

Cemal asked the mind-boggling, provocative questions on the perceived structural differences between the president and the military establishment.

Thus, it was not surprising that he took an exceptional — and perhaps lonely — critical stand to the ruling of the High Court of Appeals. He said the court’s ruling could not whitewash and absolve the military of its putschist tendencies the Ergenekon case took despite all the flaws and mishaps of the process.

Referring to a 1971 putschist faction that was known for its failed coup, he wrote, “They got out of the prisons as the heroes of democracy. But the reality was different. Today, more or less the same situation is revisited. Political conjuncture changed, especially since December 2013 — the day of the corruption allegations involving Erdogan, when a legal process had started but later stopped, and those who started it were dubbed Gulenists for attempting to overthrow the legitimate, elected government of Erdogan. Erdogan, to close the files on corruption and embezzlement, committed a juridical coup. Calling it the ‘coup attempt of the parallel state,’ he began to march with Ergenekon hand in hand. The military, institutionally on its part, never offered self-criticism or gave an account of its putschist traditions. And now, with the rulings on the Ergenekon and Sledgehammer cases, that putschist tradition is covered with a shawl. The one that covers Erdogan.”

With the 9-year-old controversial Ergenekon case over, metaphorically and symbolically absolving the military that was victimized by the Islamist power, the Faustian deal produced one of its most important dividends.

The military, once Turkey's most prestigious institution and unequalled in this respect, has regained its stature on the public stage.

Now, the fundamental question looms on the horizon: Will this further enhance Erdogan’s power or signify the beginning of the same cycle that governed civilian and military relations during recent decades.