The 'out-of-the-box' proposal on the Golan Heights

France is advancing an idea that in exchange for Israeli readiness to take security risks in the framework of a two-state solution, the Golan Heights issue will be taken off the regional negotiation table. 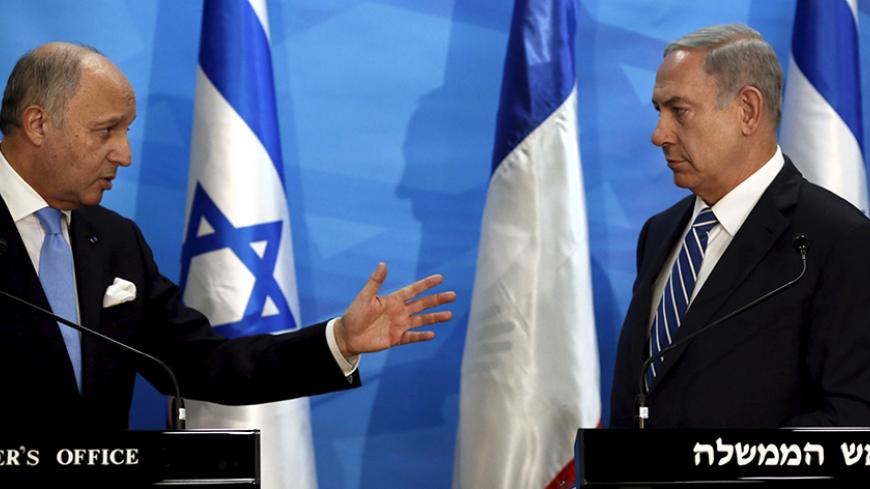 The administration is now challenged by the Palestinian move at the United Nations to advance a statehood resolution. Such a resolution, probably submitted to the Security Council by France and Egypt, will condemn Israeli West Bank settlements as illegal and propose a two-state solution based on the 2002 Arab Peace Initiative with a border along the 1967 lines and a one-year timeline leading to Palestinian statehood.

According to a US diplomat in Tel Aviv, President Barack Obama would be reluctant to cast a veto at the Security Council. The one time so far that Obama vetoed a Security Council resolution was on a decision regarding Israeli settlements in February 2011. The US position, according to this diplomat, will depend on the wording of the proposed resolution. The United States insists on a rejection and halt to violence, terror and incitement to hatred, and opposes any mentioning of a timeline. The Palestinians agree to the rejection of violence and incitement together with a mentioning of the settler violence, but insist on a timeline for the conclusion of negotiations. For that reason, at this point, a US veto is more likely than not. There are formidable pressures on the president by members of Congress and, most probably, the Hillary Clinton campaign people, to continue traditional US policy by casting a veto.

French policymakers who are involved in the talks on the Palestinian move are eager to advance such a resolution in 2016, yet at the same time, they hope to create the conditions that would prevent a US veto. A senior Quai d’Orsay (French Foreign Ministry) official in the know of current talks between Washington, Cairo, Ramallah and Paris told Al-Monitor on condition of anonymity that the French have cautioned Palestinian President Mahmoud Abbas not to move too hastily on the resolution: “We are not interested in a rhetorical Security Council resolution, but in an operative and strategic one. For this, the United States has to be onboard and Israel less rejectionist. 2016 must see the policy basis for a two-state solution.”

The Palestinians have reportedly already presented — unofficially — a draft paper for a rather similar resolution to some UN members.

In this vein, according to the French official, the Foreign Ministry policy-planning experts have raised a proposal that may defuse US hesitancy and Israeli rejection. The idea is to notify Israel that in exchange for being ready to take a security risk in the framework of a realistic two-state solution based on the 1967 lines, the international community would, for now, take the Golan Heights off the regional negotiation table. Israel’s government, according to this proposal, would be informed that the “territories-for-peace” formula pertains now to the West Bank. The dire situation in Syria would make such a move possible.

Prime Minister Benjamin Netanyahu will probably not be receptive to the idea of giving up the West Bank, but is likely to hail any hints at pushing the Golan Heights issue off the international agenda. On April 18, Netanyahu convened a special government meeting there, announcing that the Golan Heights will forever stay part of Israel.

Be that as it may, propositions such as the French one are important. Clearly, “out-of-the-box” initiatives are needed to revive a viable peace process in the region. The advantage of this proposition is that it reflects a regional reality. An Israeli-Syrian peace process in any foreseeable future is out of the question. On the other hand, Palestinian statehood is a regional necessity. The Israeli occupation of a vast Arab population is a chronic irritant to Arab governments and public opinion; it constitutes an obstacle to the region’s stability and to possible anti-fundamentalist terror coalitions involving Israel. Different security arrangements for a two-state solution were already proposed by the US administration, which is Israel’s main security partner. The proposition of placing the Golan Heights out of the territories-for-peace equation would render Israeli public support for a two-state solution more plausible. Furthermore, there is little love lost in the Arab world for the pro-Iranian Bashar al-Assad regime in Syria.

Many obstacles might yet emerge on the way to realizing such a proposal, with objections raised especially by the Arab League. Yet given the danger that Palestinian statehood will soon seem unrealistic (as a result of the continuous Israeli settlement expansion policy), such unconventional thinking is warranted, at least as long as the Israeli government of the day fails to comprehend that putting an end to the occupation is not only a strategic Israeli interest, but also a moral must.