Washington, Europe will wait to see if Bibi stays or goes

Until the March 2015 elections in Israel, the United States and Europe will attempt to balance nonintervention and expressing policy positions relevant to the Palestinian issue. 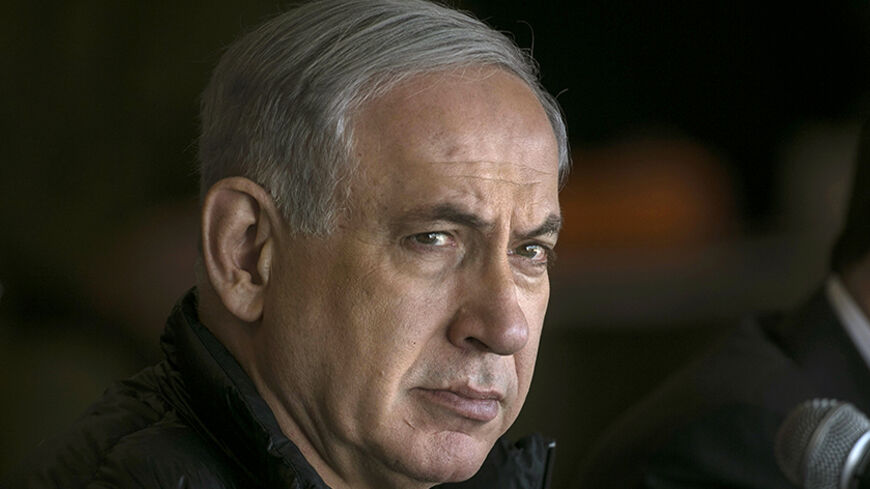 A source in the White House National Security Council told Al-Monitor, "The administration is carefully watching the Israeli elections but is committed not to be seen as interfering in them."

The Barack Obama administration's view of Prime Minister Benjamin Netanyahu is well known. The mutual suspicion between the Oval Office in Washington and the premier's residence on Balfour Street in Jerusalem is probably without precedent. Washington would prefer to see a more moderate government in Jerusalem after March 17, but it will keep its preference to itself. Aaron David Miller, vice president of the Woodrow Wilson International Center, told Al-Monitor that the mood is one of "ABBB — anybody but Bibi [Netanyahu]."

According to the White House source, any intervention would backfire and strengthen the Israeli right. And yet, this official and other administration officials are now contemplating US-Middle East policy until mid-March, regarding issues that cannot be postponed, such as the debate over a UN Security Council resolution on renewed Israeli-Palestinian negotiations, the prevention of violence in Jerusalem and the West Bank, settlement construction and the rehabilitation of the Gaza Strip.

These issues are also on the agenda of the leading EU powers — Great Britain, Germany and France. If London, Berlin and Paris could have it their way, Netanyahu would not be the next Israeli prime minister. The European powers, much like the Americans, will be attempting a balancing act between nonintervention and expressing policy positions relevant to the Palestinian issue.

Great Britain and France aspire most specifically to a Security Council resolution that would satisfy legitimate Palestinian aspirations, while preventing a US veto. The debate revolves over the deadline for ending negotiations, with a French and British inclination to agree to a two-year period proposed by the Jordanians at the Security Council. Washington, according to the White House source, has no quarrel with the intent of the French proposals, but would prefer a postponement until after the Israeli elections.

On the issue of settlements, the United States and its European partners see eye to eye. Any settlement expansion during the election period will be severely criticized, even possibly by means of a Security Council resolution without the use of a US veto.

But mainly, US and European policymakers are already focused on the day after the Israeli elections. A peace offensive by Washington could become a possibility only in spring 2015. According to the White House source, the Palestinian issue was labeled as prominent by King Abdullah of Jordan in his meeting with Obama on Dec. 5 in the White House. At the meeting, the Jordanian monarch made a direct link between the ability to assemble the anti-Islamic State (IS) coalition and progress on Palestinian statehood. The king met an understanding but cautious American president. Therefore, one can clearly foresee peace efforts hibernating until the establishment of a new government in Israel in the spring of 2015.

According to both White House and Quai d'Orsay (French Foreign Ministry) sources, the prevailing approach is that until May, efforts will focus solely on strengthening Palestinian President Mahmoud Abbas' position. The goal is to uphold security cooperation with Israel, thus preventing Hamas terror, which might influence the outcome of the Israeli elections in favor of the right. This might be expressed in the form of French and British compromise formulas at the UN Security Council. The United States, for its part, will be pro-active in preventing settlement expansion during this sensitive period. Gaza rehabilitation will be enhanced through Abbas and by the international donor mechanism. The Palestinians will receive a message from France and Britain that an international peace initiative is planned for spring/summer 2015.

When asked by Al-Monitor about these eventualities, a senior Palestinian source close to Abbas said that the Palestinian leadership has little, if any, hope that a more moderate government in Israel will emerge from the elections. "President Abbas signed in 1993 the Oslo Accord, and since then had to deal with six Israeli prime ministers and a greater number of negotiators. We have decided to make 2015 a make-it-or-break-it year for Palestinian statehood on the 1967 borders and will not listen to any international advice to wait until May. By 2016, the occupation has to come to an end, either by negotiations or, more probably, by international consensus. The Arab League, led by Egypt, will be our ally in this effort and it will condition its anti-IS cooperation on progress on the statehood issue."

The Palestinian leadership feels encouraged by the support of Egypt for the statehood bid with the international community. The leaders believe that only by linking the anti-terror coalition to Palestinian statehood do they actually stand a chance of gaining the support of the Western powers.

The Netanyahu government is aware of these international efforts, but the prime minister is more interested in appealing to the hard-core right-wing constituency than in agreeing to US and European appeals to moderate his policies during this sensitive period.

December through March promise to be volatile months on the Palestinian issue, leading either to breakthroughs or breakdowns — all depending on the election results.