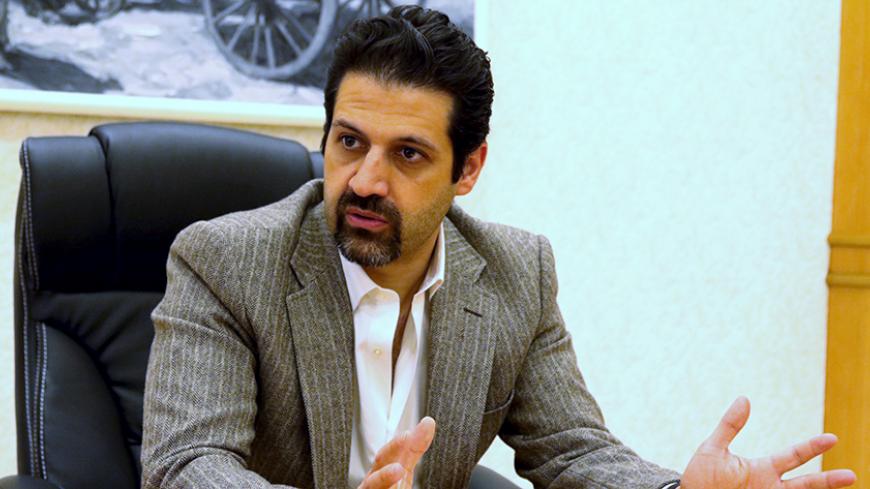 The Iraqi Kurds’ dire warnings of impending financial doom have failed to awaken Congress from its pre-election slumber.

Top officials from the besieged Kurdistan Regional Government (KRG) made the rounds in Washington this week to warn that Erbil’s $100 million-a-month operating deficit was harming its ability to take on the Islamic State (IS). Declining oil prices and the burden of caring for perhaps as many as 1.8 million displaced Iraqis and Syrian refugees are taking their toll, they said, with peshmerga fighters going unpaid for the past three months and civil servants for the past four.

Despite forcefully pleading their case in meetings with the Obama administration, Congress and think tanks, they came away with little to show for it beyond inexpensive expressions of gratitude. A bailout, lawmakers said, is simply not in the cards.

“Congress is about as hungry for that as the Puerto Rico rescue bill,” said House Foreign Affairs MENA panel Chairwoman Ileana Ros-Lehtinen, R-Fla., referring to legislation that has divided the Republican caucus. “It’s tough times. We have few legislative days. It’s hard to get members’ attention.”

At the Wilson Center event, Talabani specifically urged that bilateral economic support funds be reprogrammed for the KRG. The current year’s budget sets aside $72.5 million for economic aid to Iraq. Congressional legislation states that bilateral aid to Iraq “shall be made available” in Kurdistan, but how much ends up there is not clear.

Talabani also asked for a share of US counter-IS funds to help pay government expenses. The Department of Defense is seeking $7.5 billion for FY 2017 — a 50% increase over the current fiscal year — in counter-IS activities such as to train, advise and assist missions in Iraq and Syria.

"We understand that there are several pots of money available, both here in the US and also internationally," Talabani said. "No one has been countering [IS] as effectively as we are on the ground. So it makes perfect sense for us to benefit from counter-[IS] funds that have been appropriated by Congress."

To help get things moving, Ros-Lehtinen and Rep. Brad Sherman, D-Calif., introduced a resolution on April 14 that urges the Department of State to “provide assistance to the Kurdistan Regional Government to assist in meeting the needs of the internally displaced persons and refugee populations.”

The State Department also says it understands the urgency of the problem, even as it remains vague about any potential solution.

“We’ve been nothing but consistent about our willingness to continue to help and support,” spokesman John Kirby told reporters April 14 in response to Talabani’s speech. “I just don’t have anything specific with respect to the economic issues to speak to today.”

Congress, however, is showing little appetite for bypassing Baghdad. Asked if there was any appetite for Talabani’s request, the chairwoman of the House Appropriations panel on foreign aid said “Not really.”

“We’d love to help them, because they’ve done everything we’ve asked them to do,” Rep. Kay Granger, R-Texas, told Al-Monitor. “But I’d be really surprised to see [changes to the law].”

The top Democrat on the Senate Foreign Relations Committee, Sen. Ben Cardin, D-Md., also made it clear that US law requires aid to flow through Baghdad. That’s not likely to change, he said, but the central government does need to ensure that aid flows to the Kurds.

“There should be some international assistance to help them,” Cardin added.

The international community may indeed be the KRG’s best bet. The International Monetary Fund (IMF) may be getting close to unlocking $15 billion in international assistance over the next three years, Reuters reported last month, and Erbil wants to make sure it gets a piece of the pie.

"We're also here to talk to our friends at the IMF and the World Bank to ensure that any funds raised for Iraq, that our portion makes its way to Kurdistan," Talabani said. "We've heard some positive response and positive feedback. I think there is a genuine understanding of the need to help Kurdistan financially, but I worry that it may be too little too late, now. It's very important that we expedite this and cut through the bureaucracy."

The Iraqi Embassy in Washington says it agrees, as long as Baghdad isn’t left out of the loop.

“We support international financial assistance to the KRG that is provided in coordination with the Iraqi government,” Ambassador Lukman Faily told Al-Monitor in an emailed statement. “All Iraqi forces, including the Kurdish peshmerga, have fought heroically against Daesh [IS] and are deserving of international support. A delegation from Baghdad led by Finance Minister Hoshyar Zebari is meeting this week with World Bank and IMF officials to discuss a financial assistance package that will support all Iraqis, including the Kurdistan Region, during this difficult time.”