Israel has dropped its opposition to restoring UNESCO budget despite Palestinian statehood vote. 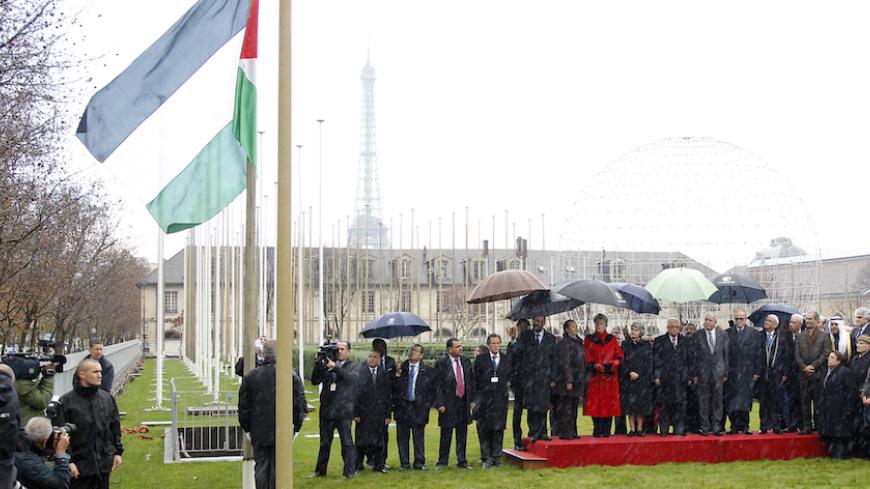 The Obama administration has neutralized Israeli opposition to funding the UN’s cultural agency, but the battle rages on in Congress.

Irate lawmakers demanded an end to the $80 million in annual US payments to UNESCO in 2011 after it recognized Palestine as a state. The State Department has been trying to lift the ban ever since, with Secretary of State John Kerry and other top officials hitting the phones over the past few days as they try to convince Democrats and Republicans involved in the year-end congressional budget negotiations to lift their blanket opposition.

“The secretary and other senior officials have made a few key calls regarding the UNESCO waiver, which is a priority for the administration,” a State Department official confirmed via email.

“Any waiver would cease to have effect if the Palestinians subsequently obtained the same standing as member states in the UN or in other specialized agencies outside an agreement negotiated between Israel and the Palestinians,” Assistant Secretary of State for Legislative Affairs Julia Fritfield wrote to Sen. Patrick Leahy, D-Vt., the top Democrat on the Senate Appropriations foreign aid panel, on Dec. 7.

The State Department’s trump card this year: Prime Minister Benjamin Netanyahu agreed to drop its objection to UNESCO funding during a meeting with Kerry in Jerusalem last month, according to the Israeli newspaper Haaretz. UNESCO advocates and critics on Capitol Hill both told Al-Monitor that the pro-Israel lobby AIPAC is also staying out of the fight.

“Everything is under discussion is I think what I’m supposed to say,” the chairwoman of the House Appropriations panel on foreign aid, Rep. Kay Granger, R-Texas, told Al-Monitor with a chuckle on Dec. 9. “But I wouldn’t expect us to [change the law].”

“He makes some good points,” said the top Democratic appropriator in the House, Rep. Nita Lowey, D-N.Y. “I felt strongly about [the ban], but I think maybe we’ll be able to support the compromise.”

Leahy has meanwhile been leading the fight for a waiver in the upper chamber.

The debate is just one of many contentious issues lawmakers are trying to resolve in their effort to pass a long-term government spending bill next week before adjourning for the year. While it has gotten little if any public attention compared to other disputes, UNESCO funding is a symbol of a larger tug-of-war between Congress and the administration for some members.

“With all due respect to the Israeli government’s newfound position — which undoubtedly was achieved under duress — this is a matter of US law and Congress’ clear desire to force fundamental reforms of the broken UN system,” House Foreign Affairs Middle East panel Chairwoman Ileana Ros-Lehtinen, R-Fla., said on the House floor Dec. 11.

“Our laws are clear: No taxpayer dollars can be used to fund any agency at the UN that admits a non-existent state of Palestine,” she said. “I urge Congress not to relent; to stand with me and defend our jurisdiction and continue to uphold both the letter and the spirit of the law.”

The funding freeze is the result of two 1990s laws passed during a two-decade US withdrawal from the Paris-based UNESCO over its perceived anti-Israel bias. The United States, which is responsible for 22% of the agency’s budget, rejoined in 2003 only to suspend its payments four years ago.

Since then the Obama administration has been lobbying Congress to allow it to restart funding for an organization it says supports US priorities including Holocaust education programs, training for women and girls in the Middle East and other programs.

While critics accuse UNESCO of enabling unilateral Palestinian demands that undermine peace talks with Israel, the Obama administration has also begun to make a national security argument for restoring funding. Top officials say the agency plays a crucial role in preventing the sale of looted antiquities in Syria and Iraq, a major source of funding for the self-proclaimed Islamic State (IS).

“At a time when modern barbarians seek to turn back the clock on history, UNESCO’s role as a guardian of our cultural heritage is needed now more than ever,” Deputy Secretary of State Antony Blinken said at a Sept. 29 event on the "Endangered Patrimony of Iraq and Syria."

Ironically, the House Foreign Affairs panel that’s been the lead critic of the agency has also led the effort to stop antiquities smuggling in Syria. Legislation to create a red list of objects at risk of looting cleared the House in June, with the endorsement of UNESCO and its supporters.

“The US has been acting like too much of a lone wolf in the fight against antiquities looting,” said Erin Thompson, an assistant professor of art crime at the John Jay College of Criminal Justice.

“I applaud the very necessary and promising recent efforts of the State Department, Homeland Security, FBI, and Justice Department to stop the flow of funds from looted antiquities to terrorist groups. However, this is a global problem which requires international cooperation of the type that UNESCO was designed to expedite,” she told Al-Monitor in an email. “The US efforts focus on antiquities once they reach US soil, which means that [IS] or whatever other group long ago got their cut. I hope that the urgency of the problem will give Congress the push it needs to re-fund UNESCO.”