The spending bill released the evening of Dec. 9 allows the State Department to waive human rights requirements and free up $1.3 billion worth of military aid. 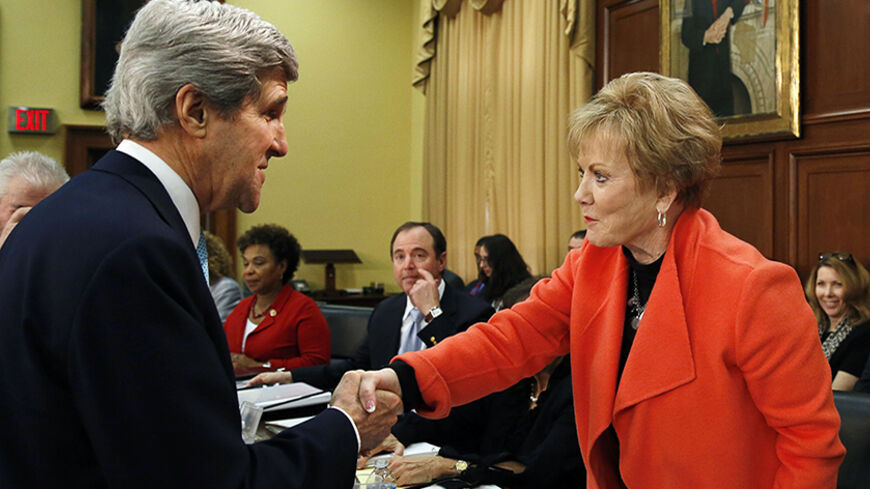 The long-term spending bill that Congress is expected to adopt this week would allow the State Department to resume military aid to Egypt despite ongoing concerns with the country's human rights record.

The bill specifies a number of requirements before the $1.3 billion in annual military assistance can resume but allows Secretary of State John Kerry to bypass them for "national security" reasons. The decision to reinstate that waiver authority, which was absent from the previous spending bill, marks a victory for Egyptian President Abdel Fattah al-Sisi and his regional allies and a blow to human rights advocates.

"Congress should not be making it easier for the administration to avoid confronting the issue in its dealings with the Egyptian government," Brian Dooley of Human Rights First said in a Dec. 10 statement.

The policy change giving the State Department more flexibility follows intense lobbying by Egypt and its allies — including the pro-Israel lobby AIPAC, Saudi Arabia, the United Arab Emirates and Jordan — according to a House aide close to the issue. They see Sisi as a bulwark against Islamists in the region.

"In conference negotiations with the House it was widely recognized that the direction that President al-Sisi has taken the country, by turning away from democracy and imprisoning journalists and political opponents, is a mistake," Leahy spokesman David Carle told Al-Monitor in an email. "The conditions on military aid, which are far more extensive than in 2014, convey that strongly.

"But a waiver for the Secretary of State was supported by three of the four chairs and ranking members of the subcommittees, and it was supported by the Administration. Senator Leahy did not support it, and he hopes the Secretary will not waive the law, as he believes that would send the wrong message to the Egyptian people and to the region as a whole, and he believes it would be contrary to America's values and principles."

Human rights advocates aren't holding their breath. They're quick to point out that Hillary Clinton, when she was secretary of state, used that very same waiver authority to resume aid to Egypt in 2012.

Before using the waiver, Kerry would have to give Congress "in classified form if necessary" a "detailed justification and the reasons why [certification requirements] cannot be met."

The bill also cuts economic aid in half, down to $150 million. Those funds would not be allowed for cash transfer assistance or budget support unless Kerry certifies to Congress that Egypt is taking "consistent and effective steps to stabilize the economy and implement market-based economic reforms."

The bill spells out in greater detail than previously the steps Congress wants Sisi's government to take. Before the first $726-million portion of military and economic aid can be released — barring a waiver — Kerry must certify to Congress that Egypt: has held free and fair parliamentary elections; is implementing laws or policies to govern democratically and protect the rights of individuals; is implementing reforms that protect freedoms of expression, association and peaceful assembly, including the ability of civil society organizations and the media to function without interference; is taking consistent steps to protect and advance the rights of women and religious minorities; is providing detainees with due process of law; is conducting credible investigations and prosecutions of the use of excessive force by security forces; and has released American citizens who the secretary of state determines to be political prisoners and dismissed charges against them.

Another $762 million could be released if Kerry certifies six months later that those conditions are being met.

The bill carves out an exemption for aid destined for "counterterrorism, border security, and non-proliferation programs in Egypt, and for development activities in the Sinai [Peninsula]," which can go forward without a certification — as under current law. Kerry used that authority to release $575 million back in June, but has been unable to tap the rest of this year's funding because of a reluctance to certify that Egypt is taking steps to govern democratically, as required by current law.

Granger told Al-Monitor last month that she wanted to give the State Department waiver authority based on Egypt's crackdown on militants in Sinai and smuggling tunnels to Gaza.

"Egypt is one of the most problematic [aid relationships], because things have changed so much, so many times, in such a short period of time, and so we always have to work with where Egypt is right now," she said at the time. "I've always said we need to decide on funding given what they're doing that helps our national security. And I think that [Sinai and tunnel operations] does. So I'm looking favorably toward Egypt."

"Basically on the security front we provided the security support they need to keep their country from falling into terrorist hands," he told Al-Monitor.