Key House members are seeking to expedite the delivery of precision weapons to fight the Islamic State. 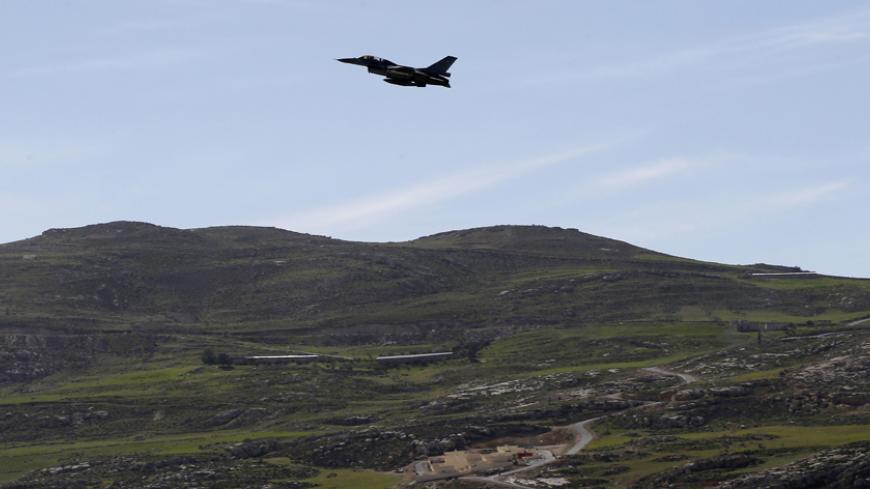 A plane belonging to the Jordanian Royal Air Force flies over the headquarters of the clan of pilot Muath al-Kaseasbeh in the city of Karak, Feb. 4, 2015. - REUTERS/Muhammad Hamed

Key House members are poised to introduce legislation to speed up shipments of advanced US weapons to Jordan, Al-Monitor has learned.

The bipartisan effort comes amid mounting concerns that the kingdom is ill-equipped to fight the Islamic State (IS). It is being offered by the chairwoman of the Foreign Affairs panel on the Middle East, Rep. Ileana Ros-Lehtinen, R-Fla., and by Rep. Kay Granger, R-Texas, the powerful chairwoman of the committee that holds the foreign aid purse strings.

“It’s time to show support,” Ros-Lehtinen told Al-Monitor. “Here’s an ally who’s standing up to this evil, this poison that’s going to drag us all downhill if we don’t defeat the enemy.”

The bill is largely modeled after legislation that easily cleared Ros-Lehtinen's panel late last year. While it didn't make it out of the full committee before the end of the congressional session, efforts to boost aid to the longtime US ally have broad bipartisan support.

The legislation would codify into law a multi-year aid package signed earlier this month by Secretary of State John Kerry and Jordanian Foreign Minister Nasser Judeh. It would also add Jordan to a list of countries that get expedited congressional review under the Arms Export Control Act of 1976.

The bill also calls on Congress to boost annual spending for Jordan from $660 million to $1 billion, as called for under the State Department deal. Granger's participation in the effort sends a strong signal that the extra funds will be appropriated.

“It’s Kay and I, and we’re hoping that brings in some big dogs, too,” Ros-Lehtinen said.

The legislation has a strong chance of making it to the president's desk, as lawmakers of both parties line up to help Jordan in its stepped-up offensive against IS following the brutal slaying of a downed pilot. US officials say the kingdom is in particular need of advanced air assets — notably laser-guided bombs, night vision equipment and Black Hawk helicopters — as laid out by King Abdullah during his visit to Capitol Hill last week.

"Jordan is seeking to obtain aircraft parts, additional night vision equipment and precision munitions that the king feels he needs to secure his border and robustly execute combat air missions into Syria," members of the Senate Armed Services Committee wrote in a letter to Kerry and Defense Secretary Chuck Hagel last week.

Following the death of the Jordanian pilot, Arab officials have complained that their reliance on low-tech weaponry is putting their pilots at risk of being shot down because they have to fly low to the ground to hit their targets, according to a recent report in Al-Quds Al-Arabi translated by the Mideastwire Blog. A recent Jordanian propaganda video showing F-16 fighter jets being armed with "dumb bombs" in preparation for the retaliatory air campaign against IS has likewise raised the "startling possibility that Jordan may be putting air crew at high risk due to the possible lack of adequate guided munitions," according to the defense blog Foxtrot Alpha.

IS has blamed a Jordanian air raid for the death of US hostage Kayla Jean Mueller. Jordan has dismissed the claim as a "PR stunt" that aims to "throw a wedge in the coalition," while the United States has said it will not investigate the circumstances of her death.

The captured pilot himself hinted that Jordan was not fully equipped with laser-guided munitions during his interrogation under duress. In a video released by IS, Lt. Muath al-Kaseasbeh told his captors that he was shot down during a daylight raid, and that his mission was to "sweep" the approach to IS' capital in Raqqa, Syria, while planes from other nations conducted the bombing runs using high-tech munitions.

"As for the countries that share the strikes against the Islamic State whether in Iraq or Syria, I will speak in particular about Arab states,” Kaseasbeh said, according to a report by McClatchy. “These are Jordan, [United Arab] Emirates, Saudi Arabia, Qatar, Oman, Bahrain and Morocco: Jordan is participating with F-16s; Emirates uses F-16s that can use lasers to direct accurate bombs; Kuwait flies mid-air tankers for refueling; Bahrain uses the F-16; the Saudis use F-15s and modern F-16s with laser-guided weapons and the first participation of Morocco was by laser-equipped F-16s.”