Will Iran's king of singing come back to the Iranian stage?

After having been struck by cancer, blacklisted Iranian classical singer Mohammad Reza Shajarian may soon be back on the air in the Islamic Republic. 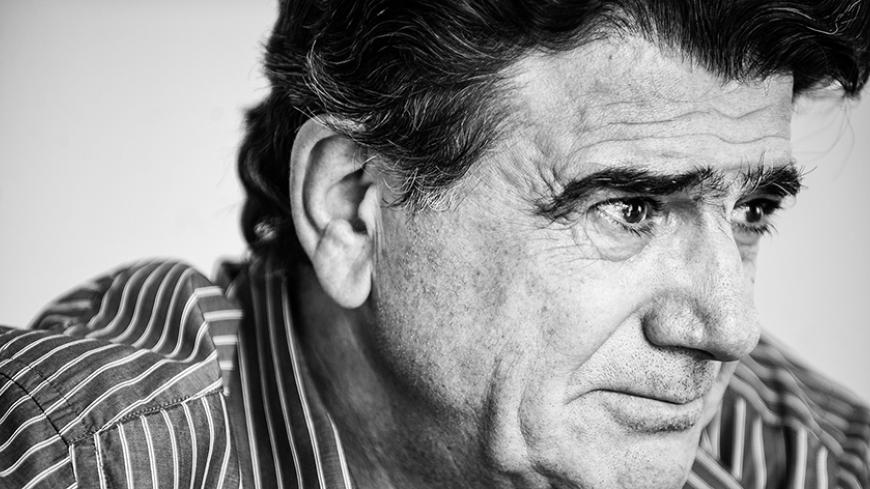 TEHRAN, Iran — Every year, as spring arrives, prominent Iranian figures release statements or short video clips to congratulate their countrymen, and wish them a prosperous Iranian New Year. However, this year, as Iranians marked Nowruz, they were surprised by one particular video message.

On March 20, Mohammad Reza Shajarian appeared in front of a camera with his head shaved, leaving many Iranians initially confounded about what had happened to him. Shajarian is an acclaimed Iranian classical singer, and is dubbed “Iran’s king of singing.” He started his career as a qari, a reciter of the Quran, and later pursued traditional Iranian music. He has in recent years become a controversial figure over his remarks against Mahmoud Ahmadinejad’s victory in Iran’s disputed 2009 presidential election, which was followed by unrest. Indeed, following his public criticism of Ahmadinejad, Shajarian was banned from holding concerts and releasing music albums.

In his Nowruz message this year, Shajarian announced that he was suffering from cancer. Later that day, some Iranian media outlets reported that Shajarian was grappling with advanced kidney cancer. This news was widely shared on social networks, generating a large number of reactions from ordinary people, artists and officials.

Parviz Parastui, one of the most well-known actors in Iran, wrote on his Instagram page, “Unfortunately, we have become aware that our legendary musician and icon of Persian singing is suffering from advanced cancer. … It is our turn right now to pray for him.”

Moreover, Health Minister Hassan Ghazizadeh Hashemi personally phoned Shajarian. “It is my duty because of the position I have in the government to do everything I can to accelerate his recovery,” the Iranian minister wrote on his Instagram page.

Meanwhile, in a rare move, the Iranian state broadcaster, which is dominated by conservatives, aired a news story about Shajarian and his health condition. This was described by some as the Islamic Republic of Iran Broadcasting’s (IRIB) reconciliation with the most popular singer of Iran. Of note, IRIB has not broadcast any of his songs during the past seven years. In fact, the state broadcaster was the initiator of the attacks against Shajarian.

Ahead of the 2013 presidential election, in a televised debate of the candidates, President Hassan Rouhani slammed the Ahmadinejad government over its treatment of popular artists. “Art is our best ambassador in the world. Do we have better cultural ambassadors than Hafez, Shajarian, [prominent painter] Farshchian and [calligrapher] Ehsai?” Rouhani asked.

Moreover, in his campaign documentary, Rouhani also spoke of his liking for Shajarian and how his friendship with him was forged with Supreme Leader Ayatollah Ali Khamenei’s encouragement.

Despite all this, Shajarian is still banned from holding concerts and releasing music albums in Iran. “I live in a country where I don’t have the right to sing for my own people,” Shajarian said at a conference on the famous Iranian poet Hafez in 2015.

Hossein Dehbashi, a former member of Rouhani’s electoral campaign, claimed that the Rouhani administration is behind the blacklisting of Shajarian. However, Shajarian told a local magazine, “The president and the minister of culture [and Islamic guidance, Ali Jannati] are opposed to my banning. There are some groups that are against me. … I don’t know what their problem is with me.”

Describing the reason for Shajarian’s blacklisting, the spokesperson for the Ministry of Culture and Islamic Guidance last year said, “Shajarian should be loyal to the Islamic Republic; he has created a gap between himself and the establishment.”

Hossein Alizadeh, a celebrated musician, has criticized the blacklisting by saying, “I really regret that I live in an era in which Shajarian is not allowed to sing.” He added, “If I was the minister of culture [and Islamic guidance], and witnessed that no permission is issued for Shajarian’s concerts, I would have resigned. … It is painful that Shajarian was used in the [2013 presidential] election, but there was no news of permission [to perform] granted to him after [Rouhani’s] victory.”

Nonetheless, just a few days after the news of Shajarian’s cancer spread, Farzad Talebi, the new director general of the Music Department at the Ministry of Culture and Islamic Guidance, said, “We will do our best to remove the obstacles in the way of Shajarian’s activities so that people can have access to his works of art.”

With the attention on IRIB’s reaction to Shajarian’s health issues, and the Ministry of Culture and Islamic Guidance officials’ positive remarks, it appears that there may be a chance of Shajarian returning to the stage. The holy month of Ramadan, which is set to begin in early June, will determine Shajarian’s fate. One can only wait to see whether IRIB will broadcast his famous song “Rabbana" ("Our Lord"). If the Ramadan classic is broadcast, one may assume that his blacklisting has finally been lifted.