As ordinary Iranians feel the pinch of their country’s economic crisis, a popular singer is planning free concerts to ease the pressure. 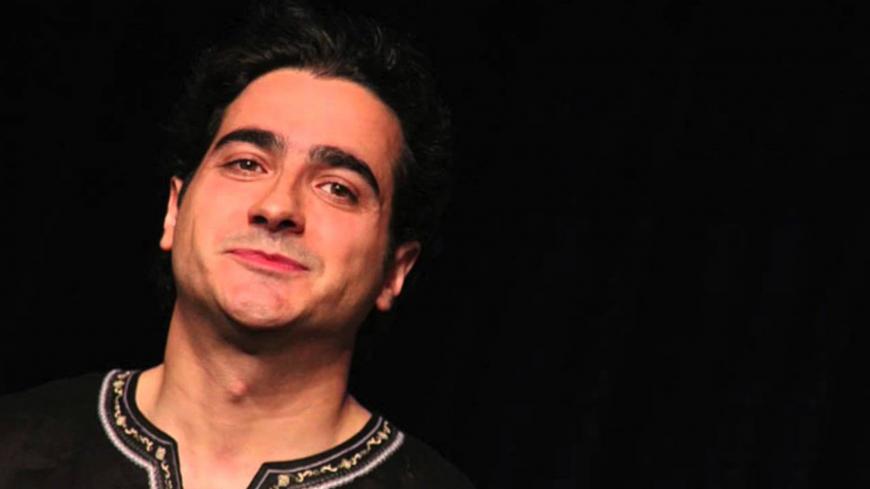 Iranian singer Homayoun Shajarian has announced that he will be holding an open-air, free concert. Posted May 20, 2016. - Twitter/@Iranlandscape

An acclaimed singer of traditional Persian music has offered to hold free, open-air street concerts to alleviate the everyday pains and help fellow Iranians “pass through the fire.”

On his Instagram page, Homayoun Shajarian told followers that the move is meant to make everyone “feel slightly better.” He noted that if the official authorization process is smooth, he will not seek any profit from the events.

Homayoun is the son of legendary classical musician Mohammad Reza Shajarian, described by many as the master of traditional Persian music. However, having shown his unique talents while in his teens, Homayoun never rode on his father’s coattails. It was only last month when the son canceled a highly prestigious concert-drama at Tehran’s Sa’dabad Palace, a move interpreted as a protest against the economic woes that the Iranian working and middle classes are grappling with.

His latest offer has been lauded by officials. “We will do everything in our disposal to hold the concerts. … We believe that such programs could help promote the sense of social happiness. I will personally do my best to help Shajarian get the official permits,” Hojjat Nazari, spokesman for the Cultural and Social Commission of the Tehran City Council, was quoted as saying by Khorasan newspaper.

In recent years, acquiring permits for concerts has resulted in disappointment for many musicians in Iran. Repeated cancellations in Tehran and the northeastern city of Mashhad have been blamed on hard-line authorities within the judiciary. Those cancellations have even sparked criticism from President Hassan Rouhani and Culture and Islamic Guidance Ministry officials. The same concern was echoed in Shajarian’s Instagram post, where he set everything on the issuance of the permit.

Sirvan Khosravi, a famous Iranian pop singer, followed suit and joined Shajarian by expressing the same willingness. Earlier in June, Khosravi, who is of Kurdish origin, canceled a series of concerts in protest against what he called the livelihood problems of the common people and had to pay the organizers 1.5 billion rials ($34,000) in fines. “I will not give away my dignity in exchange for financial profit,” Khosravi announced.

Other Iranian artists have hailed Homayoun’s initiative. In an interview with the official Iran daily, Salar Aghili described the move as popular, saying, “We [artists] share common people’s hardship.” Well-known artist and Tehran University professor Hessamoddin Seraj said, “Economic problems have saddened our people big time. That’s why I am also willing to express solidarity with the people of my land, so that with such moves we can alleviate their pains.” And to internationally renowned film director Bahman Farmanara, Shajarian’s move represents the “artist’s understanding.”

“The once indifferent cultural institutions have now come forth to welcome Shajarian’s offer,” wrote the Reformist Hamdeli with biting sarcasm for the authorities. “The streets seem to be the last paths left for us, where we move toward oblivion, where we meet up with no intermediary, where we see one another with no walls and filters,” the paper wrote.

Homayoun’s father, Mohammad Reza, has a record of similar initiatives in the past. Following the devastating earthquake that hit Iran’s southern town of Bam in late 2003, killing over 26,000, the prominent singer and his ensemble held a series of concerts in the capital Tehran, with ticket revenues directly invested in turning the rubble in Bam into new homes.

“A tremolo of joy in town” is the title that moderate paper Hamshahri used for the article on the same story in its Aug. 1 issue. “It is still too early to tell [whether] the concert will be held. … But Homayoun has met the first precondition to organize the event, which is nothing but the love for his nation.”