Iran’s most famous classical singer says he was banned from performing in Iran over his criticism of the 2009 protest crackdown. 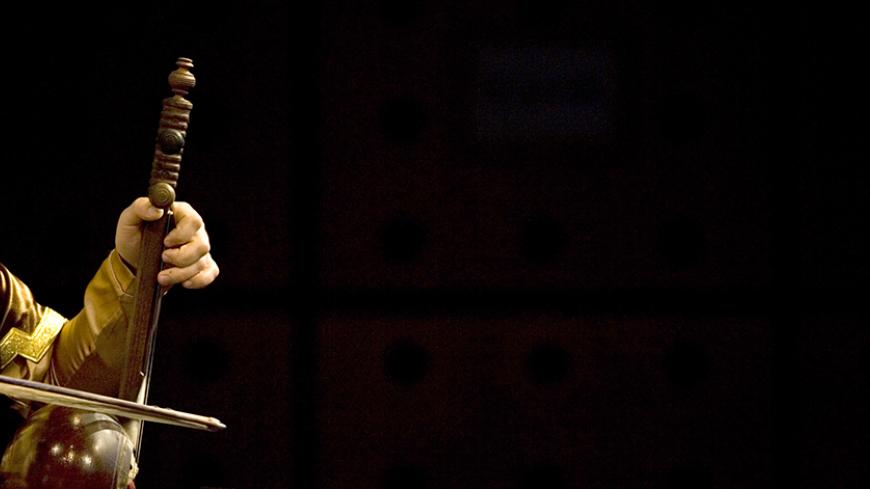 Mohammad Reza Shajarian is Iran’s most famous classical singer. His performances have been internationally acclaimed. Every year, Shajarian’s prayer, the rabanaa, was aired on state television during Ramadan, signaling to Iranian viewers that it was time to break their daily fast. But when Shajarian fell out with the authorities by supporting the Green Movement protests in 2009, his star within the Islamic Republic establishment fell.

Domestically, Shajarian remained relatively quiet — until May 5. During an international conference in Iran in honor of Iranian poet Hafez, Shajarian was asked to speak. He started by saying he did not know he was going to be brought up to the stage, or he would have prepared a statement. He recited a couple of his favorite verses from Hafez and said, “When I sing, I cannot sing without poetry. It’s like a car without gasoline.” He added, “When the richness of Hafez’s poetry is there, it leads me to singing.” He referred to Hafez as a “coach, a teacher, a father.”

“I will not say too much," he said somewhat dramatically. "I have to speak with you in another tongue. For years, I have sang what I could sing, and after this, whatever I sing, it will be saying too much, singing too much and embarrassing myself, because it’s been some years that I have not had permission to sing for my own people in my own country.”

The short speech was shared online by many who support either Shajarian as a singer or his political position during the contested 2009 elections, the aftermath of which led to mass protests and arrests. The video clip was uploaded to Shajarian’s Facebook fan page and shared nearly 5,000 times.

During the chaotic aftermath of the 2009 elections, President Mahmoud Ahmadinejad, who had just been re-elected in a contest critics claimed was rigged, called street protesters “dust and dirt.” Shajarian gave many interviews criticizing the government crackdown on protesters and saying that his voice belongs to the “dust and dirt.” He forbade the government from broadcasting his music on state television or in any other medium. His rabanaa has not been aired since.

Last December, Culture Ministry spokesman Hossein Noush-Abadi addressed Shajarian’s ban, saying, “Shajarian has to make up for his past behavior and return to Iranian and Islamic music.” He added, “The path for him to return is open upon the conditions that he is committed to the framework of the system.”

Hard-line Raja News reported that Shajarian’s comments aim to pressure the Culture Ministry to allow him to sing in public once again. The article called Shajarian “the most important artist in support of the sedition,” using the hard-liner term for the Green Movement protests. The article criticized Shajarian for leaving the country, granting interviews to networks considered opposed to the Islamic Republic of Iran, such as the BBC, and making critical remarks about the country. The article predicted that these efforts to bring him back would be “futile.”

Shajarian has not held a concert in Iran since 2009.