Israel cannot simply offer some gestures to improve the situation in Gaza without negotiating a comprehensive solution to end the occupation. 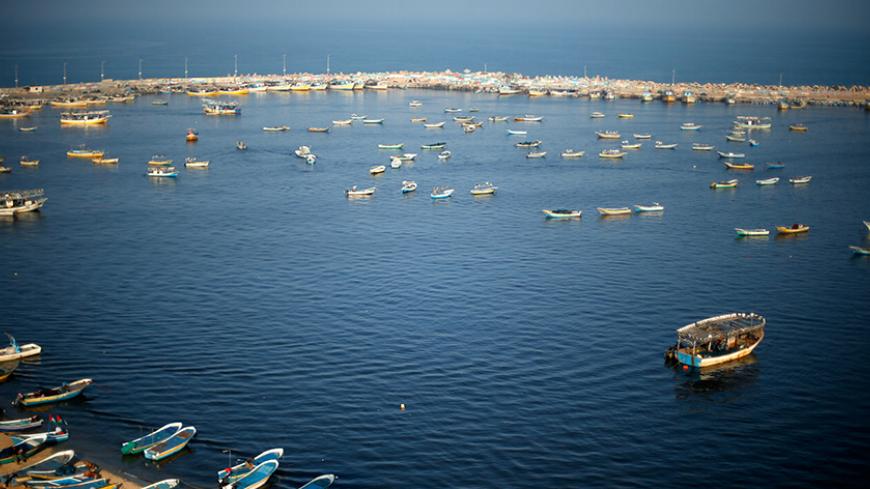 The distress of 1.8 million besieged Palestinians living in the Gaza Strip less than an hour’s drive from central Israel does not trouble most Israelis — not to mention most of its elected officials. Few know that some 20,000 people live among the ruins of their homes damaged in Israeli bombings and that they are among some 90,000 Palestinians displaced from their homes, half of them children, according to a survey conducted from August to December 2015 by the IDP Working Group, published on April 6 in a comprehensive report issued by the UN’s Office for the Coordination of Humanitarian Affairs. The pub-goers in Tel Aviv aren’t bothered by the daily power outages affecting Gaza’s residents for 12 hours a day and more. According to data compiled by the nongovernmental organization Gisha, in 2015 there were days that residents of Gaza only had power for three to four hours. How many Israelis know that the unemployment rate in Gaza has reached 38.4%, and more than 50% among young people?

The prevailing Israeli attitudes toward the plight of the Gaza Strip’s residents can be summed up thus: “Anyone firing Qassam rockets at Jews deserves to suffer.” And now, a politician emerged last week from the right wing of the radical right, of all places, urging Israel to improve the lot of the Strip’s residents. The following remarks were made by Agriculture Minister Uri Ariel from the Tkuma faction of HaBayit HaYehudi Party: “They don’t have any international port. … Why shouldn’t they have a port?” Ariel went on to address Prime Minister Benjamin Netanyahu, saying, “Why do you keep expressing opposition and saying, ‘We will consider’? What’s to consider? We’ve been considering for 47 years. … Transfer gas to [the West Bank towns of] Nablus, Hebron, Tulkarm, Jenin. We have gas. Unconditionally. Not on condition of [Netanyahu’s] famous phrase — ‘If they give [peace and quiet], they will get [economic gestures].’ We are responsible for the area. Give them water.”

Ariel, the West Bank settler, has not changed his stripes. Note that he was not talking about lifting the siege on Gaza, only about creating an opening to the sea. Ariel’s port is supposed to only serve the residents of the Gaza Strip. Merchandise arriving at the Gaza port will not be allowed passage to Nablus and Hebron in the West Bank. This will solidify the split between Gaza and the West Bank, enabling continued Israeli freedom of action and settlement in the West Bank.

Energy Minister Yuval Steinitz, a close associate of the prime minister’s, also displayed uncharacteristic generosity toward the residents of Gaza this past weekend. Steinitz said the political echelon was examining various ideas, such as building an artificial island off Gaza under Israeli supervision, or Gaza-bound ships that will berth in Cyprus for security inspection. “These sorts of ideas that will allow us to maintain security control,” Steinitz said, and ended with the punch line: “And free Gaza to the world.” What Steinitz meant to say was, “And rid ourselves of Gaza.”

More than a decade has gone by since Israel disengaged from Gaza in 2005, but Gaza refuses to disengage from Israel. For more than a decade, Israel has been trying to separate Gaza from the West Bank, but the two refuse to disengage from each other. The removal of the Israeli settlements and military presence from Gaza taught residents of the West Bank that the violent methods adopted by Hamas to end the Israeli occupation were more effective than the diplomatic means adopted by Fatah. As long as Israel keeps expanding its West Bank settlements and the diplomatic stalemate with the Palestinians continues, any improvement of conditions in Gaza will in turn only raise the prestige of the Hamas regime as a model to be emulated in the West Bank. According to the most recent poll (conducted between March 17 and 19) by the Palestinian Center for Policy and Survey Research headed by Khalil Shikaki, the standing of Palestinian President Mahmoud Abbas has already reached rock bottom: Two-thirds of Palestinians support his resignation. If elections for the presidency were held now, Hamas Prime Minister Ismail Haniyeh would not leave Abbas any hopes of holding onto office.

Senior officials in Turkey said recently that a possible lifting of the Gaza blockade by establishing a port on its coast was discussed in reconciliation talks with Israel. The Coordinator of Government Activities in the Territories, Maj. Gen. Yoav (Poli) Mordechai, made it clear in an interview he granted in February to the Saudi news website Elaf that the issue was not part of the agenda of negotiations with Turkey. The sober-minded officer knows that Hamas enjoys Turkish support and that allowing the construction of a port as a goodwill gesture to Turkey is akin to victory for an organization that does not recognize Israel’s right to exist — and a loss for the Palestinian Authority (PA). That’s why Mordechai stressed that if conditions are ripe in the future for understandings or agreements regarding a Gaza port, “They will only be with the PA and not with the Hamas rule in Gaza.”

An additional element to be considered is Egypt: Turkey and Hamas cannot reach any agreement with Israel regarding Gaza without the consent of Israel’s most important geopolitical neighbor. Unlike the Netanyahu government, the Abdel Fattah al-Sisi regime opposes the separation between Gaza and the West Bank. Cairo would like Gaza returned to the control of the PA under Abbas, followed by renewed negotiations with Israel or UN recognition of a Palestinian state, both based on the 1967 borders — in other words, in the West Bank and East Jerusalem as well as the Gaza Strip.

The Netanyahu government’s refusal to negotiate over the future of the West Bank and East Jerusalem, which would require a freeze of settlement construction, has made the Gaza blockade an Israeli problem. The continued blockade will only further exacerbate the humanitarian crisis in Gaza, sharpen international criticism of Israel and damage ties with Turkey. Lifting of the blockade on Gaza without a breakthrough in diplomatic negotiations over the future of the occupation will strengthen the standing of Hamas in the West Bank, sharpen international criticism in this case, too, and damage ties with Egypt. Either way, it seems that one cannot eat the cake of the occupation and preserve Israeli interests at the same time.