Palestinian President Mahmoud Abbas could perhaps solve the humanitarian crisis in the Gaza Strip, but he would rather let Prime Minister Benjamin Netanyahu handle the terrible situation he created. 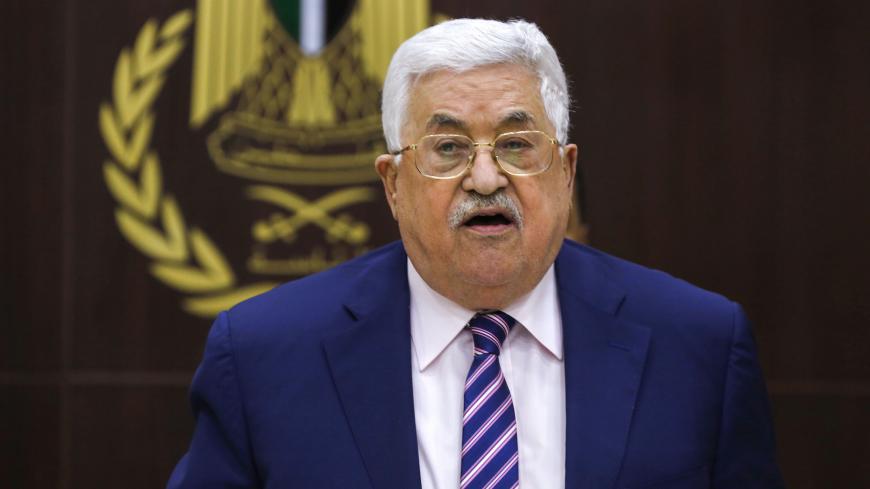 A well-publicized clash between Israel’s defense and political echelons has occurred yet again. At issue this time is not a disagreement over military matters or the desired intensity of reactions to terrorism. Rather, it is the question of whether the Gaza Strip is collapsing or “only” experiencing a bearable economic crisis.

At the Feb. 4 weekly Cabinet meeting, Israel Defense Forces (IDF) Chief of Staff Lt. Gen. Gadi Eizenkot warned that Gaza was on the verge of collapse, adding that Israel should take significant preventive measures. An additional deterioration, he warned, could increase prospects of a clash with Hamas in the coming year — even though neither side wants one.

Israel’s Coordinator of Government Activities in the Territories Maj. Gen. Yoav Mordechai voiced similar concern about the effect of a total breakdown in Gaza at a Jan. 31 emergency meeting of Palestinian Authority (PA) donor states in Brussels. Mordechai called on all the donors to mobilize for Gaza’s sake and presented a detailed plan for the rehabilitation of the Gaza Strip’s infrastructure. However, Mordechai’s blueprint could take many months to implement, far longer than the Israeli defense assessment of the timetable for Gaza’s collapse.

A day after Eizenkot described his catastrophic Gaza scenario, Defense Minister Avigdor Liberman contradicted him. “The situation in Gaza is indeed serious. There is a very serious economic situation that must be dealt with, but there is no humanitarian crisis,” Liberman told Knesset members of his Yisrael Beitenu party. Liberman insisted that Eizenkot and other defense professionals shared his views. Responding to the chief of staff’s warning that the humanitarian crisis could result in an armed clash that neither side desires, Liberman said dismissively, “Since yesterday, we have witnessed the flow of a lot of information and mainly disinformation in all the media regarding the Gaza Strip. … We have no intention of initiating any military action in Gaza, but I’m glad the Hamas leadership is in a panic.”

Liberman is currently more concerned about how a crisis can be prevented and even more so how to devise a long-term solution that would end more than a decadelong Israeli blockade of the Gaza Strip.

At the same time, Prime Minister Benjamin Netanyahu has instructed the security-diplomatic Cabinet to debate a proposal by Transportation Minister Yisrael Katz for the construction of an offshore Mediterranean port for Gaza. Katz has been pushing the plan for more than two years but had thus far met with opposition on the part of Netanyahu and his top ministers. Netanyahu wanted nothing to do with the grandiose plan by Katz, with whom his ties are rocky, and Liberman also expressed vehement opposition.

In June 2017, when Katz warned of an impending crisis and claimed Israel does not have a policy on Gaza, Liberman said at an event in Tel Aviv, “Building an island and a port in Gaza means giving a reward to terrorism and encouraging it. … This would be the best way to smuggle weapons into Gaza.” The defense minister mocked the transportation minister’s claim that international monitors could oversee the shipments from the port to Gaza’s shore. “You cannot maintain our security via a remote control,” he ruled.

In the months since, the Gaza crisis has deepened. On Feb. 6, Gaza merchants suspended all trading at the Kerem Shalom border crossing with Israel, claiming the purchasing power in the Gaza Strip had reached rock bottom, the volume of orders from importers and traders had plummeted, and they could no longer afford the losses. People don’t even have money to buy food, they said. The business situation indicates that the collapse is not an apocalyptic, far-off scenario but is already here — on the other side of the border crossings with Gaza, an hour’s drive south of Tel Aviv. Israel, which is unprepared for such a situation and continues to hold the blockade sacrosanct, still has no answers.

An Israeli security source told Al-Monitor that it is still unclear whether Netanyahu favors the Katz plan, but his order to hold a discussion of the matter at least proves that Eizenkot’s warning had set off alarm bells in his office. Yet even if the Cabinet approves the building of an island across from Gaza with the help of donor states, construction will take several years and Gaza cannot wait.

For now, Israeli defense authorities are recommending emergency shipments of food, water, medicine and hospital supplies. Who will pay for them? That is unclear. What is clear is that this is not a fundamental, long-term solution. “Even a combined aid forum of donor states in addition to the easing of extensive restrictions by Israel will not save Gaza from collapse. Gaza will keep dying gradually, postponing the end for a while. But the end is near,” said the source on condition of anonymity.

Until a fundamental solution is found, whether by building a port or any other creative means, the key to the salvation of Gaza’s 2 million residents is in the hands of one man: Palestinian President Mahmoud Abbas. Although he, too, is politically, diplomatically and economically weak — especially since the Donald Trump administration has threatened to cut off US aid to the Palestinians — he is apparently the only one who can do something. However, for now at least, Abbas is not assuming any responsibility for events in Gaza.

Some in Israel think Abbas’ refusal to take a stand stems not only from unresolved issues with Hamas over the stalled reconciliation process with Fatah, but also from a desire to take revenge against Trump and Netanyahu for humiliating him. He is avenging Trump’s declaration of Jerusalem as the capital of Israel and Netanyahu’s cheering of the declaration. And for that, Abbas would rather see Gaza’s downfall blamed on Netanyahu. He wants Netanyahu to get a taste of his own medicine.