Why Facebook, WhatsApp and Snapchat should cooperate with Israel

The individual intifada is being fed by online social networks, which is why it is almost impossible to stop, unless the social network giants decide to help. 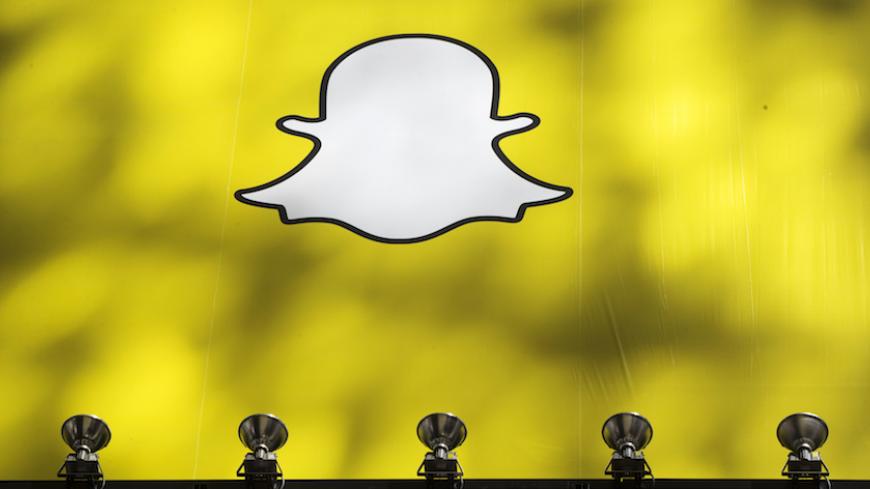 A billboard displays the logo of Snapchat above Times Square in New York March 12, 2015. - REUTERS/Lucas Jackson

On March 8, on Jaffa beach, two people convened: Israel’s ninth President Shimon Peres and US Vice President Joe Biden. They sat together in the Peres Center for Peace, an impressive building situated on the coast of the Mediterranean Sea, in a city in which Jews and Arabs live together, in the very heart of Israel.

Biden came to see Peres directly from the airport. In the middle of the meeting, a female member of Peres’ small staff entered with a note in her hand. She updated the two leaders that not far from where they were, a few hundred meters to the north, a terrorist attack was taking place. A Palestinian from near the West Bank town of Qalqilya embarked on a killing spree, on the promenade connecting Jaffa beach to Tel Aviv beach. Armed with a knife, the 22-year-old ran amok on the promenade for several minutes, stabbing anyone who got in his way. An American tourist was stabbed to death, another 11 were wounded, including two Russian tourists and two Palestinians. One of the Palestinians who was attacked, an illegal resident in Israel, tried to fight the terrorist tooth and nail. The attacker hadn’t bothered to ascertain the identities of his victims, which included two members of his own people. A young musician who sat on one of the promenade stools with a guitar had used his musical instrument to protect himself and strike the stabber. But the attacker continued his stabbing spree until he was shot and killed.

The meeting between Biden and Peres continued. The vice president was driven to Jaffa in a convoy protected by an especially heavy presence of secret service agents and Shin Bet’s VIP security unit. At no point in time did Biden face any danger at the hands of the lone Palestinian attacker. (Biden later revealed that his wife and grandchildren were having dinner on the beach in Jaffa not far from where the attack took place.)

The event reflects the complexity of the current situation: On the one hand, Israel is a secured, well-trained country with expertise in fighting terror. Its security organizations are among the best and most experienced in the world and enjoy a world-wide reputation regarding everything connected to breaching terror cells and locating and dismantling terror infrastructure. On the other, it is evident that the kind of terror that Israel is trying to fight now (such as these recent attacks) is impossible to vanquish.

March 13 will mark six months since the start of the current eruption of Palestinian terror — counting from Sept. 13, when Alexander Levlovich was killed after terrorists threw rocks at his car. It still has no name, but its effect reverberates. Thirty-four people have been killed so far, including one Eritrean citizen and a Palestinian from Hebron, and almost 200 Palestinian assailants were shot and killed by the security forces or civilians. No solution is seen on the horizon.

The terrorist attack on the Jaffa promenade on the evening of March 8 was one of three attacks that took place within two hours. In East Jerusalem, a terrorist opened fire on policemen and wounded two of them severely. In Petach Tikva, another terrorist who entered a store and stabbed an ultra-Orthodox Israeli there was neutralized by his victim. The ultra-Orthodox man pulled the knife out of his own neck and stabbed his attacker. It was just another ordinary day in Israel.

The escalation came after weeks of relative calm. At the beginning of the terror wave there were two to four attacks a day by Palestinian assailants, most of them very young, who simply fell upon Israelis with anything that came to hand: knives, axes, vegetable peelers, Molotov cocktails and sometimes improvised weapons. The attacks then began to wind down to an average of one a day. Then along came Biden and with him a renewed deterioration of the situation.

On the afternoon of March 9, three attempted attacks were counted. No one sees the end, just as no one predicted the beginning. Israel is at a loss and “Mr. Security” (Prime Minister Benjamin Netanyahu) is being severely criticized by the right for being unable to provide solutions.

This game has numerous players: Palestinian President Mahmoud Abbas and the Palestinian Authority, who at first viewed the grass-roots uprising as a positive development that could help break the diplomatic stalemate and return the Palestinian cause to the global agenda; Hamas, which is trying with all its might to set the West Bank on fire and to create an intifada by remote-control; and Iran, which is considering whether to invest billions in Hamas and Islamic Jihad in order to help these terror organizations replace the PA and flood Israel with terror.

Several changes have taken place in recent weeks: Abbas came to understand that he might have let the genie out of the bottle. This is exactly what happened to PLO leader Yasser Arafat during the second intifada (2000-2005). According to Israeli intelligence sources, in January, the Palestinian security apparatuses underwent a strategic change when they began to fight this popular individual terror in earnest. Simultaneously, incitement on the PA's official media outlets came down a notch or two.

Not that it changes anything. In our great new world, official media outlets are no longer influential nor relevant. Incitement runs wild on the social networks, where violent messages thrive and go viral. Every youth who goes out to commit a suicide attack with a knife, prints an emotional post on his Facebook page that, with the speed of lightning, is disseminated to hundreds and thousands of other youths. Some of these decide to follow in his footsteps, and the pattern repeats itself over and over.

Israeli Internal Security Minister Gilad Erdan tried to get hold of the management of Facebook in Israel, to convince them to remove anything that could be viewed as incitement to terror from the site. His plea was ignored and instead he was directed to the Facebook headquarters in Ireland.

Peres has long been talking about the collapse of the traditional “state model” in today’s world. According to him, governments are no longer relevant. Instead, he says, this world is being run by global companies. Peres is spot on, just as he has been correct regarding many other prophesies he made over the years. To defeat terror, Israel needs the cooperation of Facebook, WhatsApp, Snapchat and the like. The problem is that in these virtual worlds, no one really takes Israel into account.