Recent land confiscations by the Israeli government appear to further the Allon Plan for securing permanent Israeli control of the West Bank. 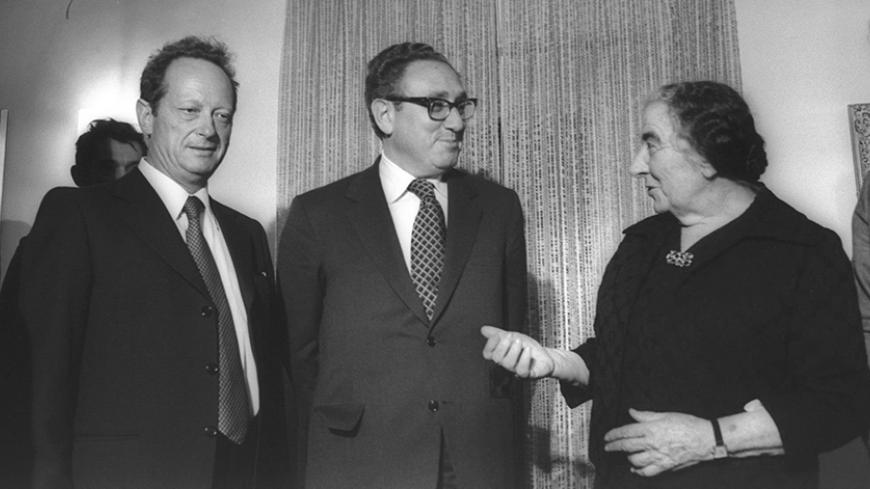 In a March 18 statement, the Land Defense Committee of the Palestine Liberation Organization (PLO) reintroduced to political discussion terminology no longer often heard. In the statement, the PLO accused right-wing Likud leader Benjamin Netanyahu of reviving the Allon Plan, so named after the late Labor Party Minister Yigal Allon.

The Allon Plan, developed shortly after Israel began its occupation of Palestinian lands in 1967, proposed that Israel relinquish the main Palestinian population centers in the West Bank to Jordan while retaining land along the Jordan River under Israeli military control. In implementing part of the plan, Labor-led governments between 1967 and 1977 created 21 settlements along the length of the Jordan Valley.

In addition to Israel having permanent control over the Jordan Valley, the Allon Plan also proposed that Israel annex areas along a corridor connecting the Jordan Valley to the city of Jerusalem, with the possibility of excluding Jericho. Israel also carried out elements of the Allon Plan under Likud administrations, but it has yet to annex the areas it covers, possibly out of concern of international opposition.

A PLO report, sent to Al-Monitor and other media outlets, described Israeli actions in the last three months in the Jordan Valley as a “continuation of the Allon Plan and the biggest land grab since 2014.” It condemned the Israeli civil administration's March 10 designation of 2,342 dunums of Palestinian land in the area as “state land.” Two months earlier, on Jan. 20, Israel had declared another 1,500 dunums in the valley to be state land. Designating land as such means the Israeli government owns it and can make use of it for whatever purpose it chooses.

Madeeha Araj, researcher and author of the PLO report, told Al-Monitor, “All evidence points clearly to the fact that the Israeli actions have a political aim — namely, to revive the Allon Plan by annexing parts of the Jordan Valley as a first step that will be followed by annexing the entire West Bank.”

The Israeli Peace Now movement explains on its website how state lands are initially used by the Israeli military but often are later turned over for building exclusively Jewish settlements. An Israeli declaration of state land gives Palestinian landowners 45 days to appeal the decision to Israeli courts, but these appeals are almost always rejected.

Jamal Dajani, director of strategic communications and media at the Palestinian Prime Minister’s Office, told Al-Monitor that Israel's recent actions are illegal and contrary to peace. “Israel’s decision to appropriate land in the Jordan Valley near Jericho is illegal and proves beyond a doubt that Netanyahu does not abide by previous agreements and does not support a two-state solution to the conflict,” he said.

Dajani further stated, “Israeli leaders need to choose between a lasting peace or apartheid. Their most recent action is clearly aimed at pre-empting an independent Palestinian state.”

The international community, including the United States, also protested the Israeli action earlier in the month. “This decision is, in our view, the latest step in what appears to be an ongoing process of land expropriations, settlement expansions, and legalizations of outposts that is fundamentally undermining the prospects for a two-state solution,” US State Department spokesman John Kirby told reporters March 15 in Washington. France, Germany, the United Kingdom and United Nations were also among those condemning the reclassification of the 2,342 dunums, located in Area C within the boundaries of the Megilot Regional Council, which includes areas near the Dead Sea.

In the failed US-led attempt to kick-start peace talks in 2013-14, US officials had worked on various scenarios concerning the long-term status of the Jordan Valley. Secretary of State John Kerry and retired Gen. John Allen appear, however, to have adopted Israeli concerns in the security plan they presented to the Palestinian leadership in 2013, including Israeli demands to have soldiers stationed in the Jordan Valley for “as long as 10, 15 and maybe 40 years.”

President Mahmoud Abbas said publicly in 2014 that the Palestinians had accepted the possibility in 2013 that Israeli soldiers might remain in the valley three or four years tops and suggested that third-party soldiers, including possibly NATO forces, replace the Israelis after a maximum of four years.