Israel's march of folly to the Jordan Valley

The Jordan Valley is the key to solving the refugee issue and to building a future Palestinian airport, thus the Israeli bill proposing to annex this region is the de facto end to a peace agreement. 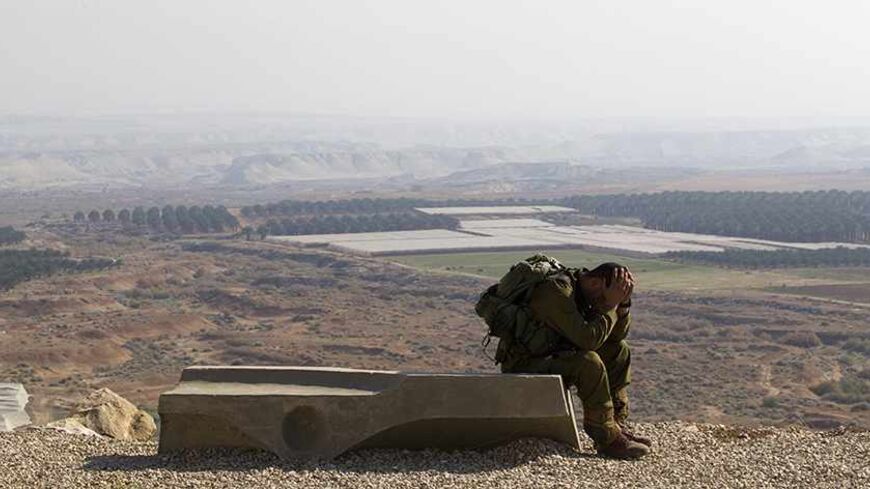 Almost everyone came out ahead in the Dec. 29 decision by the Ministerial Committee on Legislation to adopt the proposed bill by Knesset member Miri Regev annexing the Jordan Valley. The biggest winner is Prime Minister Benjamin Netanyahu. At the right moment, just a few days before US Secretary of State John Kerry was to land in Israel with a hard-to-digest memorandum, the secretary of state got a taste of the bitter herbs that the Likud’s Knesset faction feeds the prime minister. At their meeting on Jan. 2, Bibi will be able to tell his guest, “John, my friend, you see what I have to put up with.” It was worth it for Netanyahu to allow the Likud ministers the freedom to vote in the committee, eroding his standing and authority, just to achieve this goal.

The second winner is the head of the Israeli team negotiating with the Palestinians, Justice Minister Tzipi Livni. Regev provided her with yet another opportunity to appeal a radical right-wing initiative and justify her membership in the government. Here, again, Livni (and the ministers of the centrist Yesh Atid Party) is saving us from the clutches of the radical right and proudly waving the flag of peace.

Palestinian chief negotiator Saeb Erekat also got a handsome gift for the new year. A Knesset member has again handed him on a platter an easy ball to smash into the court of the Israeli adversary.

Regev herself, who laughed her way into the headlines, was accorded a full-page spread on the opinion page of Haaretz, in an article written by its senior analyst, Zvi Barel, headlined, “You Are Loved, Miri Regev.” At the same time, she provided the Likud ministers — Gideon Sa’ar, Yuval Steinitz, Gilad Erdan and Limor Livnat — with another brownie point from their votes in the party institutions.

But there are losers in this affair, as well. Many losers. They are the citizens of Israel, whose fate has been sealed, in the best case, by a group of cynics who treat them like idiots. In the worst case, the future of their state, its standing and image are in the hands of negligent and ignorant representatives.

The ministers who raised their hands in favor of imposing Israeli sovereignty over the Jordan Valley are making a mockery of a key position adopted by the government in which they serve. How can one take seriously the declarations of Israel’s commitment to a two-state solution, when an important ministerial committee decides to annex the Jordan Valley, which constitutes 28.3% of the land on which a Palestinian state is supposed to be established? What do they propose to do with the approximately 60,000 Palestinians living in 29 villages around Jericho, Wadi al-Fara’a and the northern Jordan Valley?

Defense Minister Moshe Ya’alon is certainly right: Israel does not have a Palestinian partner — especially not for a permanent agreement that expropriates the Jordan Valley from the Palestinian state, perpetuates the annexation of East Jerusalem and rams the Ariel bloc of Jewish settlements into the heart of the West Bank. There has not been and will never be a Palestinian partner for a Bantustan-style two-state solution.

It is obvious that there is no Israeli partner for an agreement that provides the 1948 Palestinian refugees with the right to return to Israel. The Palestinian leadership has given up the demand to enable hundreds of thousands of refugees to return to their homes. This was made abundantly clear in an interview granted last year to Israel’s Channel 2 in which Palestinian Authority (PA) Chairman Mahmoud Abbas said he would be satisfied with a visit to his birthplace of Safed as a tourist. The PA has been gearing up in recent years to absorb most of the refugees who will want to settle in the new state, on land between a reconfigured Green Line (according to a land swap agreement) and the Jordan River.

In a 2007 article (in a book on Palestinian refugees, published by the Canadian Foreign Ministry’s research institute), Khalil Nijem, a senior official in the Palestinian Planning Ministry, wrote that the Jordan Valley is one of the main sites for settling half a million refugees. The international airport of Palestine is also planned to be built in the region, since all other topography on the West Bank is unsuitable. Annexing the Jordan Valley will thus sever the West Bank from all land and air contact with the outside world.

How many of the ministers who voted to annex the Jordan Valley are aware that they are opening a Pandora's box that could entangle Israel in international law and create a crisis in its ties with Jordan? Who among them knows that the settlements they wish to annex are on stolen property?

The 2005 State Comptroller’s Report reveals that at the end of the 1960s and into the 1970s, thousands of dunams of land owned by Palestinians were allocated for Israeli settlements in the Jordan Valley. The comptroller notes that according to the laws in force in the territories, the lands of some 250,000 people displaced from their homes in the 1967 war and most of whom live in Jordan, were entrusted to the hands of the Israeli official in charge of government property in the civil administration. Therefore, the government is not entitled to allocate these lands for settlements (unlike the law that allows the use of properties registered to 1948 refugees).

The report also says that several Israel Defense Forces bases in the Jordan Valley were erected on private lands, without issuing the proper expropriation decree. With the closure of half a dozen military bases in the previous decade, former Prime Minister Ariel Sharon ordered the vacated lands to be handed over to neighboring settlements. The state comptroller’s report notes that in 2003, the legal adviser for the West Bank warned that use of these lands was illegal, and that if the matter is brought before the courts, “this would not be for the good of the state.”

Oh, really. Do these politicians, whose main interest in annexation has to do with annexing the votes of their party members, really care about the absurd notion of the “good of the state”?