After terrorist label, what is GCC's next move against Hezbollah?

Iranian officials and media have condemned the decision by the Gulf Cooperation Council to label the Lebanese group Hezbollah a terrorist organization and believe more anti-Hezbollah actions are on the way. 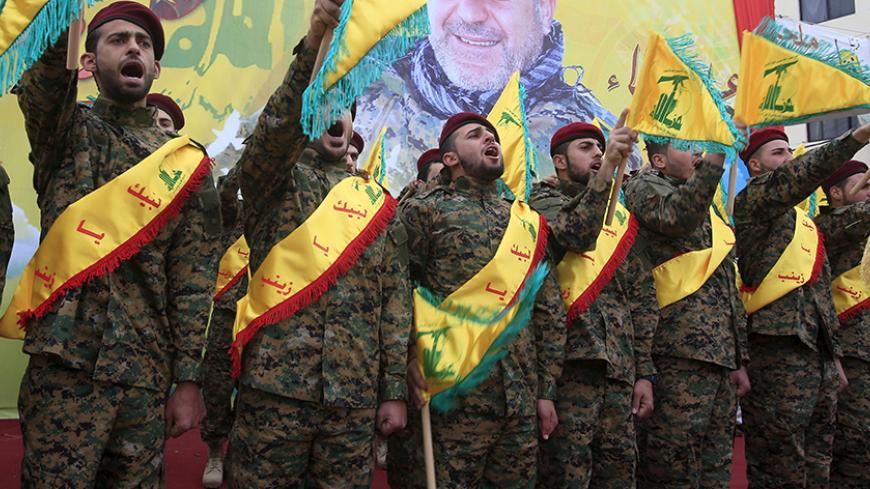 Iranian officials and media have condemned the recent decision by the Gulf Cooperation Council (GCC) to designate the Lebanese group Hezbollah a terrorist organization.

GCC Secretary-General Abdul Latif bin Rashid Al Zayani said March 2 that the designation was the result of Hezbollah’s “hostile acts” in Syria, Yemen and Iraq. He also accused Hezbollah of trying to recruit youths in the GCC countries.

The spokesman for Iran’s Foreign Ministry, Hossein Jaber Ansari, condemned the GCC statement. Ansari said Hezbollah “gave Arabs and Muslims the first victory in the history of anti-Zionist conflict and became the leading symbol of resistance against Zionist occupation.” Deputy Foreign Ministry for Arab and African Affairs Hossein Amir-Abdollahian said that people who designate Hezbollah a terrorist organization “intentionally or unintentionally are targeting Lebanon’s security.” He called Hezbollah the “most effective resistance movement” and said that ignoring Israeli crimes “is the latest mistake that is not in the benefit of stability and security in the region.”

The GCC decision is just the latest move led by Saudi Arabia to distance itself from Lebanon and Hezbollah, which is the most influential force in the fractured country. After withdrawing a $3 billion aid offer to the Lebanese army, Saudi Arabia and a number of other GCC countries banned their citizens from traveling to Lebanon. Much of the recent Hezbollah-Saudi animosity is rooted in the Syrian civil war, where Hezbollah forces — in addition to the Iranian and Syrian armies — are fighting against Syrian groups backed by Saudi Arabia and other GCC states.

Iranian Students’ News Agency wrote, “Saudi’s propaganda, political and economic war against Lebanon will not end here.” The article said that the GCC decision more than anything else has made Israel happy, and that it is possible that it is a precursor to a new military attack by Israel against Hezbollah.

An article in Raja News quoting Arab media wrote that the decision by the GCC was in actuality a Saudi decision that was made without holding a meeting by the GCC member states. The article believes that the GCC’s next action will be to expel Lebanese Shiites from GCC countries, which — according to the article — would involve hundreds of thousands of people.

Tasnim News Agency spoke with Lebanese analyst Nasser Ghandeel, who said the recent decisions by the GCC are meant to provoke Hezbollah into a direct conflict. He said that Hezbollah would not be dragged into a conflict with the GCC, and its main focus would remain Israel and fighting terrorism (Iranian media refers to armed groups fighting against the government in Syria as terrorists).

Javan newspaper, which is linked to the Islamic Revolutionary Guard Corps, wrote that after the nuclear deal between Iran and the six world powers, it was clear that the next target would be Hezbollah. “It’s not been two months since the implementation of the nuclear deal, and already the attacks by Saudi Arabia and its Arab and Western allies against Lebanese Hezbollah have increased in an unprecedented way,” the article stated.

Iranian media has given extensive coverage to regional officials and media who have condemned the GCC decision to call Hezbollah a terrorist organization. The Ansar Allah movement in Yemen, which is often referred to as the Houthis, called the GCC decision “free service to the tyrant Zionist regime.” Mehr News published the Palestinian group Popular Front for the Liberation of Palestine's condemnation of the GCC decision. Its statement read, “How could a party that defends Palestinian ideals and the interests of the Arab world be a terrorist group?” Lebanese politician Suleiman Franjieh called the decision by the GCC “unfortunate” and said that Hezbollah is “a resistance force and has resulted in the pride of Arabs and Lebanese.”