Turkish ultranationalists have joined the fight in Syria as what some observers view as their government's secret weapon, one that could backfire as the group mingles with Islamists along with the Turkmens they're defending. 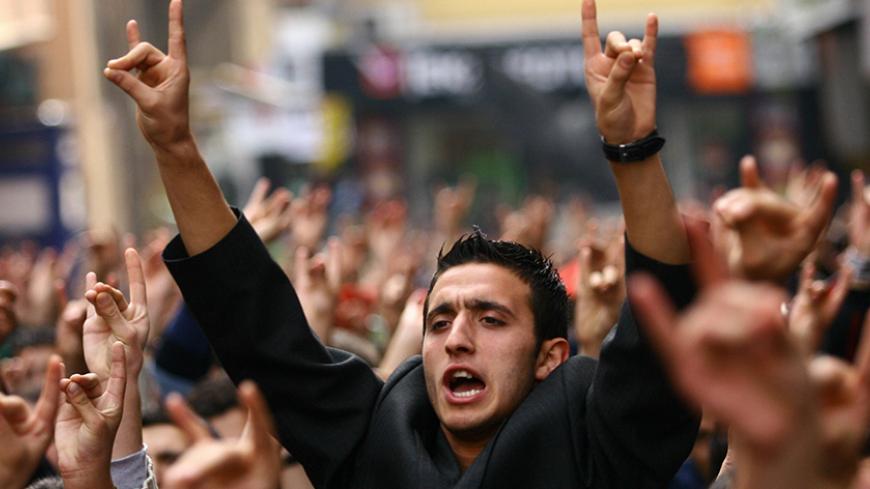 Turkish involvement in the Syrian war has been heavily dominated by Islamist fighters, but the conflict has also drawn in an unlikely quarter — Turkish nationalists. The far-right Nationalist Movement Party (MHP) and its youth branch, the Idealist Hearths, have recently come into the spotlight with high-profile losses on the Syrian battlefield. The MHP is the main body of Turkey’s ultranationalist movement, also known as the Gray Wolves, whose hall of fame includes failed papal assassin Mehmet Ali Agca. The Alperen Hearths, the youth branch of the smaller Great Union Party, which represents the ultranationalist movement’s Islamist-leaning wing, are also visibly interested in the Syrian war.

The reason Turkish ultranationalists have gone to fight in Syria is the Turkmens, the ethnically Turkish minority that has increasingly found itself in Russia's crosshairs. After the Russian airstrikes began Sept. 30, military operations targeting Bayir Bucak, the Turkmen region in the Latakia countryside, intensified. Turkey’s ruling Justice and Development Party (AKP), meanwhile, stirred public sensitivities over the Turkmens, and the government propaganda most resonated in the ultranationalist quarter.

While Turkish Islamists were regulars on the jihadi scene from Afghanistan and Chechnya to Bosnia and Kosovo, the ultranationalists had only taken feeble interest only in Chechnya’s independence struggle. Hence, their role in Syria comes as an unprecedented cross-border venture.

The latest ultranationalist casualty in Syria to make the headlines was Ibrahim Kucuk, the deputy head of the MHP branch in Istanbul’s Fatih district. He was killed in a Russian raid on Mount Turkmen in Bayir Bucak, where he had fought for two months. A well-known leader in the Islamic community led the prayers at his funeral in Istanbul last week; among the senior MHP lawmakers attending were Oktay Vural, Celal Adan and Meral Aksener. An even more noteworthy mourner was Alparslan Celik — the Turkish fighter in Syria who shot dead the pilot who ejected from the Russian jet Turkey downed in November.

A number of Turkmen units have been created in Syria under Turkey’s guidance and named after Ottoman rulers such as Sultan Mehmet the Conqueror, Yavuz Sultan Selim, Sultan Murat and Abdulhamid Khan. Unsurprisingly, the accompanying rhetoric has turned into a propaganda about “defending Ottoman lands” or “homeland defense,” as if a struggle were underway against a foreign occupier. Both those slogans and the names of the Turkmen groups ring out as yet another reflection of President Recep Tayyip Erdogan’s neo-Ottoman aspirations. The news of Kucuk’s death, for instance, circulated on social media as his “martyrdom during the homeland defense at Mount Turkmen.” Similarly, Celik — “the man in the crosshairs of Russian intelligence,” according to the Turkish media — says, “The lands that are the relic of our ancestors are today under Russian bombardment. Almost all our villages there have been seized by the Russians.”

Celik, who has held senior posts in the Idealist Hearths, is a commander in the Second Coastal Division operating in the Latakia region. One of his fighters, fellow Idealist Hearths member Burak Misinci, was killed in July, and his funeral in Istanbul was also honored by high-level MHP figures.

In addition to younger members of the Idealist Hearths, MHP members in senior positions have turned up in Syria as well. The heads of two district MHP branches in Istanbul, for instance, have shared pictures on social media posing in war gear at Mount Turkmen.

After the war in Syria erupted, Islamists emerged as Turkey’s main intervention tool, to no one's surprise. In 2014, however, stories began to appear in the media suggesting an ultranationalist link. A March 2014 report about the funeral of an Idealist Hearth activist killed in Aleppo was quite confusing. Prominent figures attended the funeral and Syrian Turkmen representatives paid a condolence visit to the family. Another surprise came the following month when Adil Orli, commander of the Turkmen Martyrs Brigade, a group known to have collaborated with the Turkish National Intelligence Organization (MIT) in arming Syrian Turkmens, visited local MHP leaders in Istanbul.

The ultranationalist fighters figure mostly in the Second Coastal Division, in whose creation Turkey played a direct role. The group was formed in July 2015 as an umbrella organization for groups such as the Mount Turkmen Brigade, Muntasir Billah, the Sultan Mehmet the Conqueror Brigade, the Yavuz Sultan Selim Brigade, the 1071 Raiders and the Sultan Murad Brigade, whose representatives had gathered in Ankara to coordinate. The leadership of the umbrella group included Orli as a field commander.

The meeting, held amid allegations that Syrian Kurds were committing ethnic cleansing against Turkmens following their capture of Tell Abyad from the Islamic State, resulted in another important agreement. According to leaks to pro-government media outlets, the decision entailed the creation of a 5,000-strong Turkmen army with the support of the MIT and the Turkish military.

Soon, social media accounts linked to the Idealist Hearths and the Alperen Hearths began trumpeting that Damascus and Russian forces were committing a Turkmen “genocide,” urging the Turkish public to stand up against “the tyrants.” In November, the Alperen Hearths held a demonstration at the Russian Consulate in Istanbul to denounce Russian air raids on Mount Turkmen. The neighboring Dutch Consulate also got its share of the protesters’ eggs, thrown in error.

The “homeland defense” label for the battles on Mount Turkmen became more and more frequent on social media. In the same vein, the head of an association supporting the Turkmens, Mehmet Ali Ozturk, argued that the onslaught on Bayir Bucak was in fact “a move against Turkey via the Turkmens.” He added, “The services the AKP government launched in the Ottoman hinterland have raised questions of whether the Ottoman Empire is being revived, and this has caused anxiety among international powers. The Turkmens are a sensitive matter for Turkey. We are Turks, we are Turkmens, we are sensitive on this issue.”

Kemal Can, a journalist and the author of books on the ultranationalist movement, believes that state inducement is a major reason behind the ultranationalist venture in Syria. In remarks to Al-Monitor, Can offered the following assessment: “One has to look at their links with the state rather than their ideological links. This quarter has been a useful resource for state operations. In the past, those people have been used in very professional operations. I think the grass roots and the organizational ranks are not very much engaged on the Turkmen issue. The ideological link is not as strong as in the involvement of the Islamists. I think that, directly or indirectly, the state link is the decisive one. Despite the loud controversy, the Syrian experience will not radicalize the ultranationalist base as expected, though it could have some other consequences. Certainly, the veteran operational cadres will be enriched from the state’s point of view. The ultranationalists are the most fertile pool for secret operations.”

Many opposition groups labeled the Free Syrian Army have in time shifted to a Salafi mindset. How the war will transform Turkey’s ultranationalists is an important question. The Turkmen groups in which they fight have developed close links with Salafi jihadi organizations such as al-Qaeda franchise Jabhat al-Nusra. This will inevitably leave a residue.